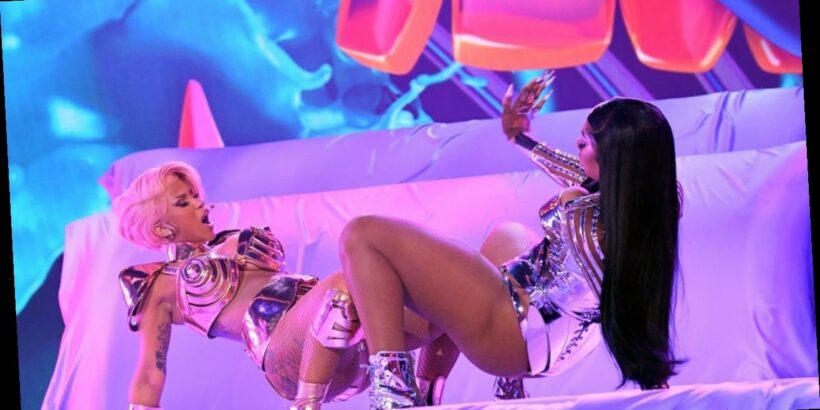 Cardi B came to party!

The 28-year-old rapper hit the stage during the 2021 GRAMMY Awards on Sunday night, after heating up the GRAMMY stage with a sizzling hot performance of her newest single, “Up,” and later “WAP.”

After Megan Thee Stallion performed “Body” and her GRAMMY-winning “Savage” in a showgirls-themed performance, Cardi soon followed with her red-hot take on “Up,” which opened with her dancing atop a large green screen against the backdrop of neon visuals.

Just like in her music video for the catchy track, Cardi wasn’t afraid to make heads turn with a sensual dance break and she broke it down against a “stripper pole,” which was really the heel of a large platform shoe.

Cardi then welcomed Megan back to the stage for their very first performance anywhere of their hit 2020 duet, “WAP,” and we’re pretty sure the temperature went up even more as the duo danced atop a giant bed. 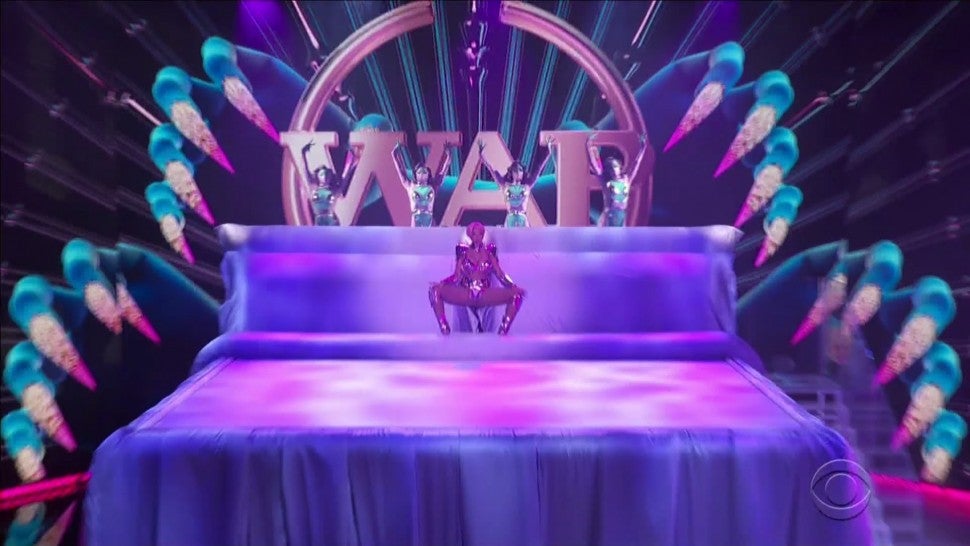 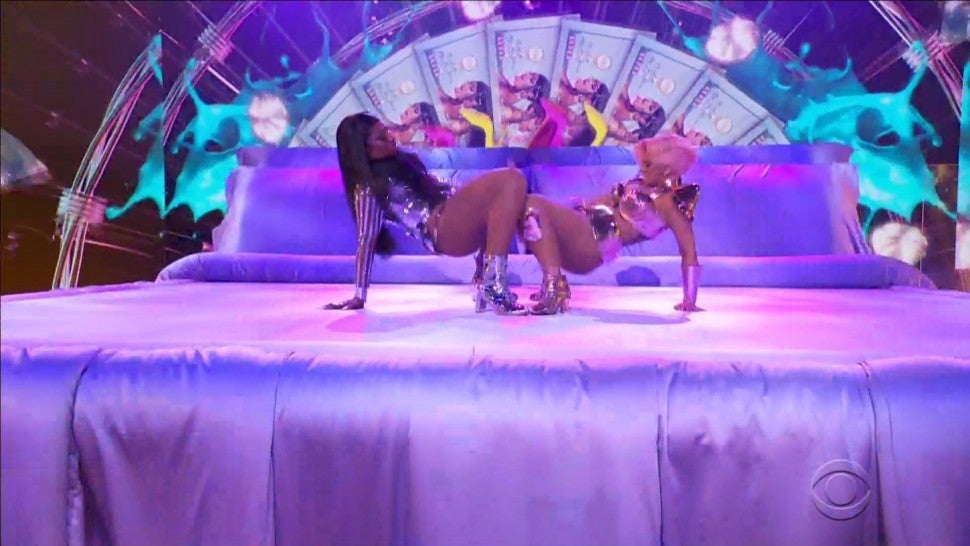 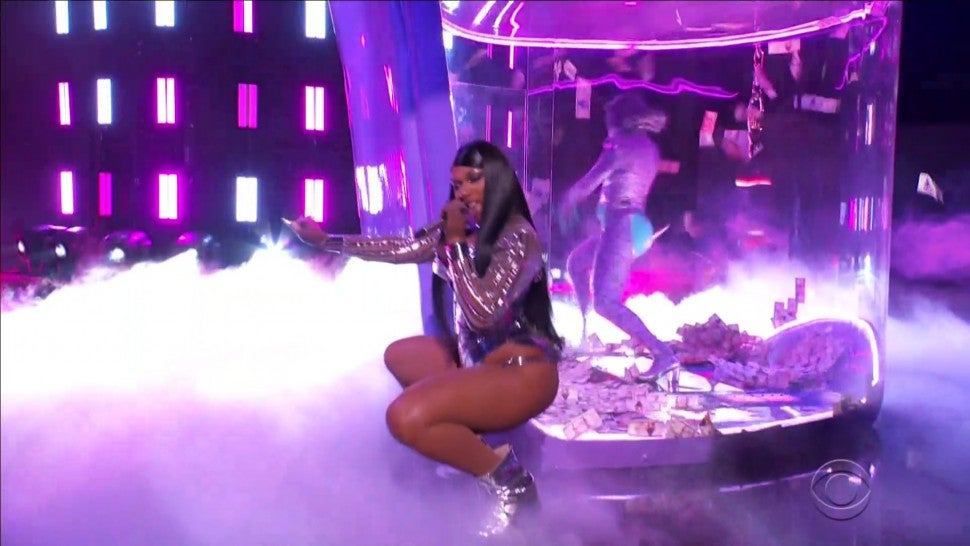 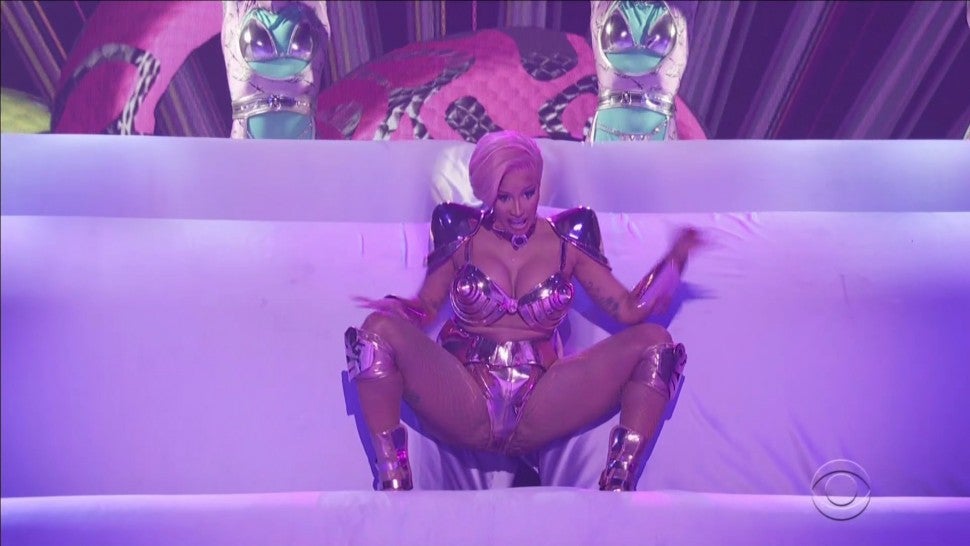 After Cardi and Megan finished their steamy performance (certainly not family-friendly!), GRAMMYs host Trevor Noah was clearly enthralled by what just happened onstage and threw to commercial break with him and Cardi mimicking their memorable “WAP” moves. 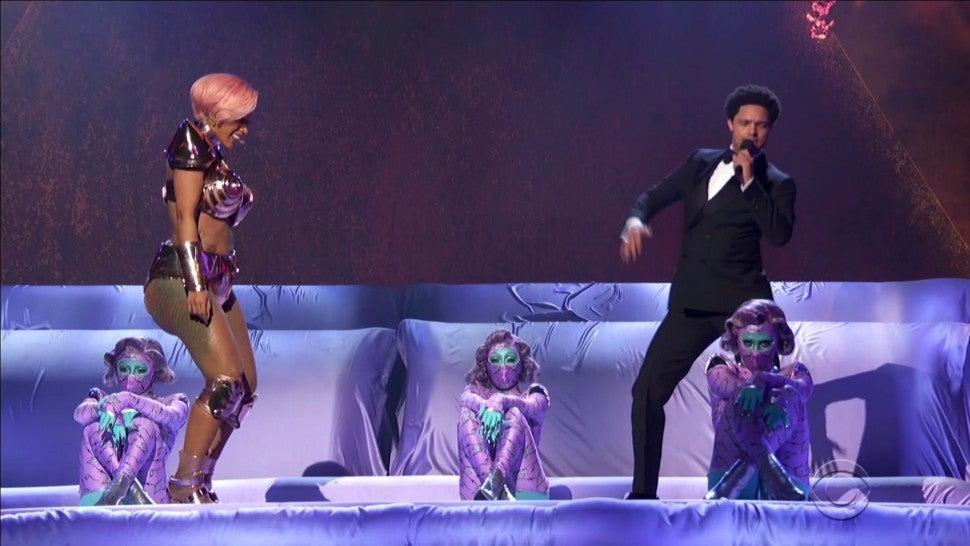 Cardi released “Up” on Feb. 4. It was her first single since “WAP” with Megan Thee Stallion last year. During a YouTube Live, she shared that her biggest inspiration for “Up” was that she “wanted a more hood song. I thought that my last song was more sexy…I wanted to do something more gangster, more cocky.”

This isn’t Cardi’s only performance of the night. She and Megan are also going to take the stage to perform their hit collaboration. While the two artists had one of the biggest hits of 2020, Cardi explained following GRAMMY nomination why she didn’t submit “WAP” for consideration.

“Like I said, I never pressed for a GRAMMY, but y’all not gonna take away something that I know I worked my a** off [for], that I deserve,” she told her followers in an Instagram Live last year. “If I was pressed for a GRAMMY I would’ve submitted ‘WAP’ for this year and I didn’t submit it. I don’t want to be submitted to award shows until I put out my album because I think my album is so good.”

She added that she’s been working on her new album for almost two years, noting, “Some songs are so emotional to me because I did them during quarantine. I’m not pressed for nothing.”

After releasing “WAP” over the summer, the track went No. 1 on the Billboard Hot 100. The song also made history by becoming the first female collaboration ever to debut at No. 1.

Get the complete GRAMMYs winners list, plus GRAMMY Awards live updates at ETonline.com.