Carol Vorderman, 57, reveals she didn’t cry for a YEAR after her mum’s death… as she reflects on their ‘incredibly close’ relationship

Carol Vorderman has revealed that she struggled to cry for the whole year following her mother Jean’s death, saying she would go days and not think about her after she passed away from cancer at the age of 88.

The 57-year-old former Countdown star told Lorraine Kelly on Monday that she decided to open up about the grief surrounding her mum’s passing as she felt confused by her own lack of emotional reaction.

Carol also reflected on the incredible close relationship she had with her mum, saying she ‘took responsibility’ for her living and employment after graduation from university at the age of 21. 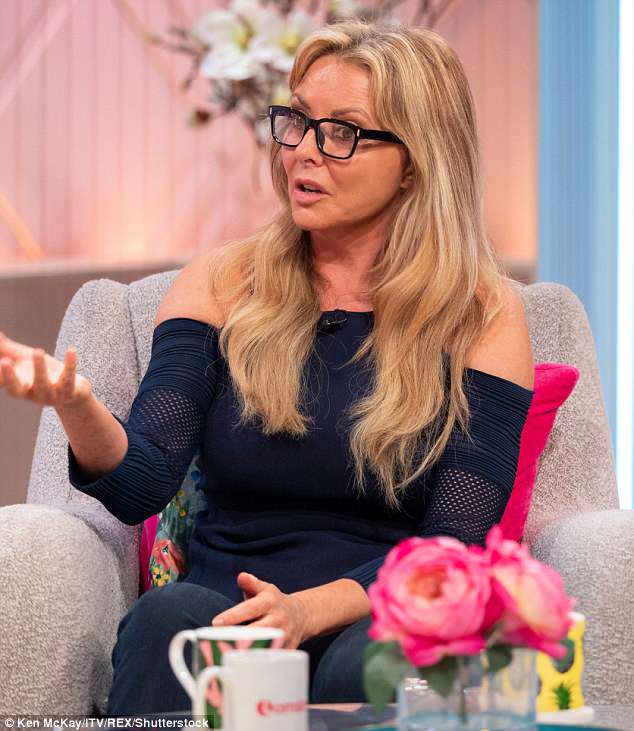 Emotional: Carol Vorderman has revealed that she struggled to cry for the whole year following her mother Jean’s death, as she spoke to Lorraine Kelly on Monday

Speaking about her mother’s death, Carol told Lorraine how she decided to speak out about her grief after the began to wonder whether other people were reacting to the deaths of family members in the same way.

She said: ‘People don’t talk about it. I’ve done a lot of thinking over the past year, and my mum and I had a truly unique relationship.’

Carol went onto reveal her mum walked away from her father just two weeks after giving birth after hearing he had an affair with a 16 year old, and they spent many of her childhood years struggling to get by. 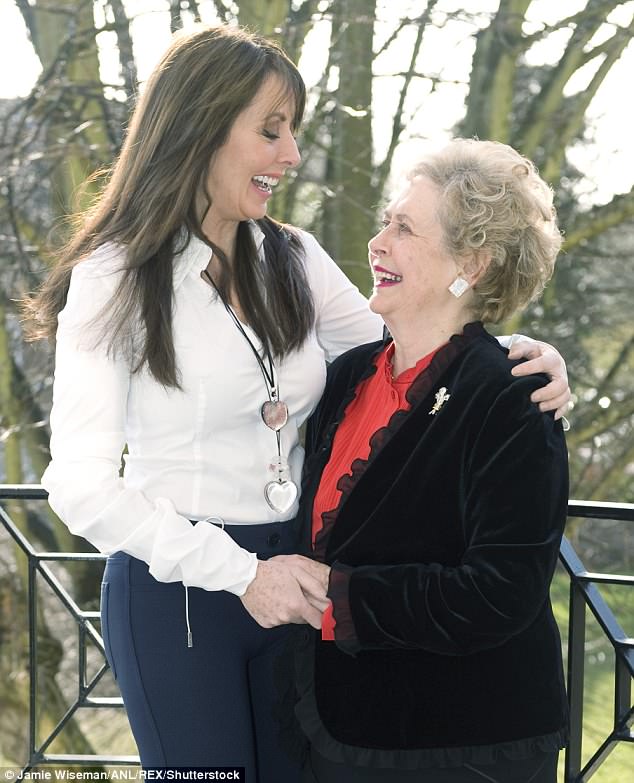 Candid: The 57-year-old former Countdown star revealed she didn’t think about her mum for days after she passed away from cancer at the age of 88

‘We were dirt poor, so my mum and I shared a bed until I was 9, my father used to come and never say that I was his child,’ she said.

‘He’d never see me until I was 42, as a mother you can imagine this baby is so rejected, the bond between us was unusual.

‘Then I got to 21 and my mum was in her 50s. She was living in student digs in Windsor and I was living out of a car, so I said let’s go live in Leeds.

‘I took responsibility for my mum from when I was 21 and employed her. The bond between her and me was incredibly close, so when people said to be before she died ”what are you going to be like when she passes away?” I would say ”I can’t talk about it!” 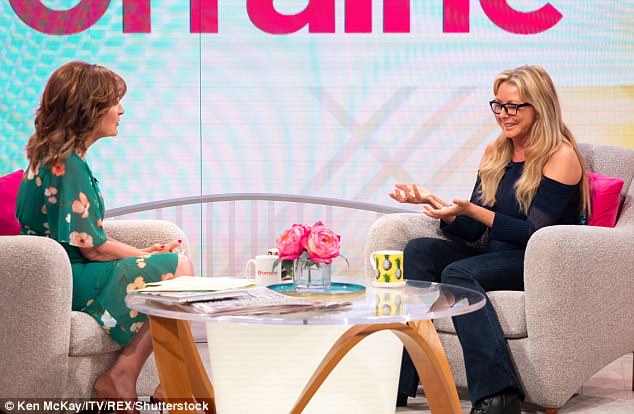 Honest: Carol was appearing on Lorraine just over a year after her mum’s death, and said she and her mum were ‘incredibly close’ throughout her life 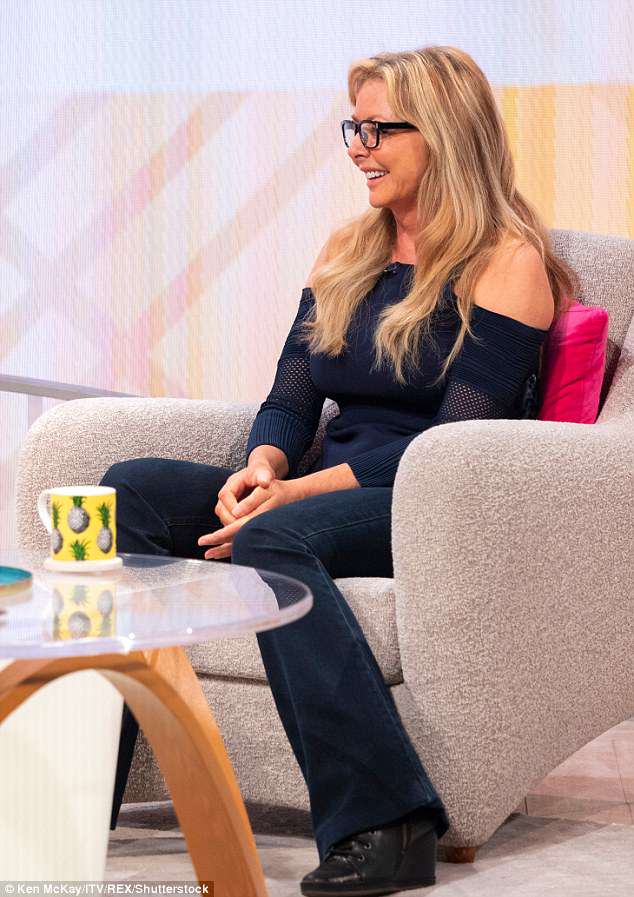 United: The I’m A Celebrity star said her grief eventually spilled out in one emotional outburst

Carol went onto tell Lorraine that she decided to speak out over her grief as she found it stranger how much she didn’t cry over her mother’s death, and would go days without thinking about her.

She added: ‘I didn’t cry, and I don’t really, I don’t really think about her. I’m here to talk about it, because it can’t just be me who goes through it, we could not have a closer bond, and I couldn’t have been a better daughter.

‘Why when she passed hasn’t it come. It’s not every day and it’s not all the time and I don’t understand it.

‘I was a little bit angry at one point, obviously not angry at her, whether it was that genuinely I don’t know the answer and I don’t know whether you’re meant to. 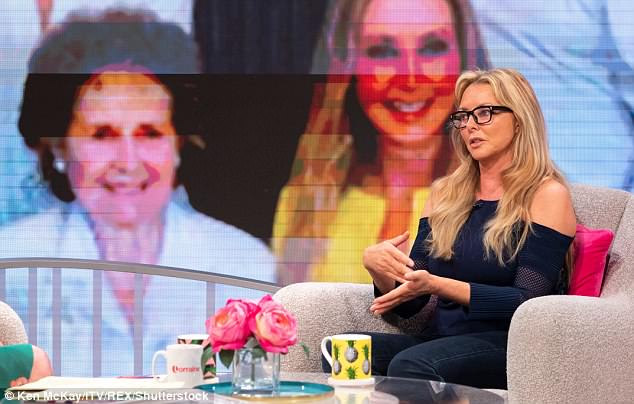 Released: Carol also told Lorraine that she felt ‘freedom’ after her mum Jean’s passing, but still found it ‘a joy’ to look after her

She added: ‘Some people say I cried every day for three years, but I wonder if the truth is that many people don’t. If I moved somewhere it was my mum, Katie and Cameron [my kids].

‘Two weeks ago when I was thinking about the anniversary of her death it hit me like a wave I couldn’t stop crying for a day, it’s like a tsunami of grief who came at me, and then it just stopped and I woke up the next morning and carried on.’

Carol also told Lorraine that despite the sadness she felt surrounding her mum’s death, she has also felt a new sense of freedom.

She added: ‘I have a freedom that I didn’t have before, it was a joy to look after her, I’m not lying but anyone with an elderly parent [would understand], she wasn’t housebound but she made herself a little bit that way, she was my everyday.’

Sensational: Carol flaunted her award-winning derriere in form-fitting jeans on Monday as she was seen arriving at the ITV studios for her Lorraine appearance 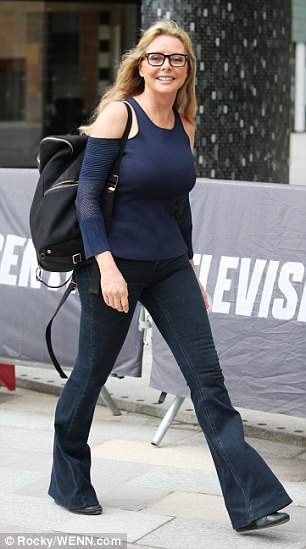 Stylish: Carol highlighted her flawless complexion by going makeup-free for the outing, keeping her blonde tresses hanging in loose waves