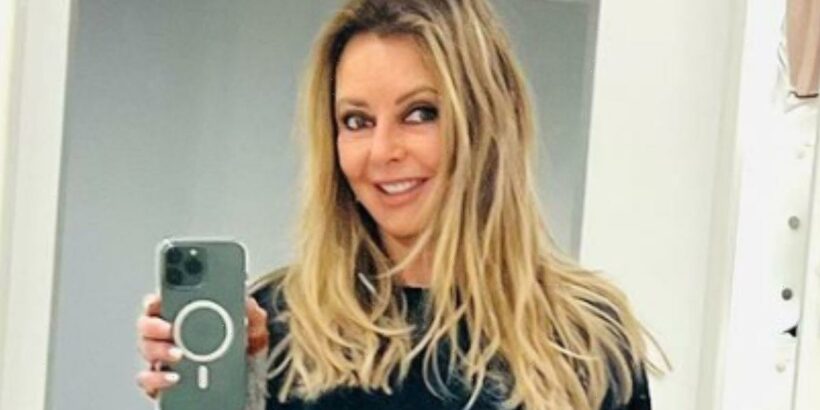 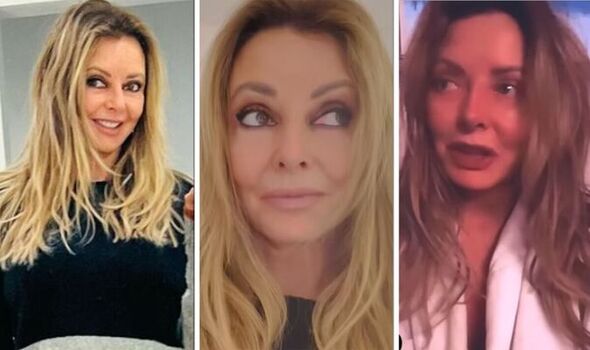 Carol Vorderman, 61, has joined the legions of Brits succumbing to the cold weather as the dastardly flu saw her missing out on multiple engagements over the weekend.

Carol Vorderman, 61, has joined the legions of Brits succumbing to the cold weather as the dastardly flu saw her missing out on multiple engagements over the weekend.

She first became ill last week and was inundated with support as she updated her followers on Friday after apologising for having to cancel her appearance on This Morning.

While the presenter steadily recovered over the weekend, she was still not well enough to host her BBC Radio Wales show on Saturday.

Just hours after pulling out of her show, Carol showed off her recovery in a pair of skin-tight leggings and a cosy jacket as she went for a walk with her daughter Katie King.

In a quick video clip, Carol exalted that she had been able to put makeup on, explaining it  “hides a multitude of pains and things”.

She appeared on the mend

Carol updated her followers, noting that while she wasn’t feeling entirely better she had enough energy to put on her makeup and venture outside.

The fashionable presenter kept up her reputation

She donned some tight shiny leggings, a cosy jumper and a knee-length white jumper.

Carol wrote in the caption: “WINKY WONKY VORDERS. DAY WHATEVER. Found a child to drag out and look after me on a quick amble…Katie was that lucky child.”

Some of her followers joked that if they had called in sick and then posted a clip like this they would be meeting with HR “the very next day!”.

On Friday, Carol made a rare makeup-free appearance

She shared a clip on Instagram to apologise for cancelling her This Morning appearance.

She appeared worse-for-wear in a plain white robe, admitting that she hadn’t “Brushed my hair in four days”.