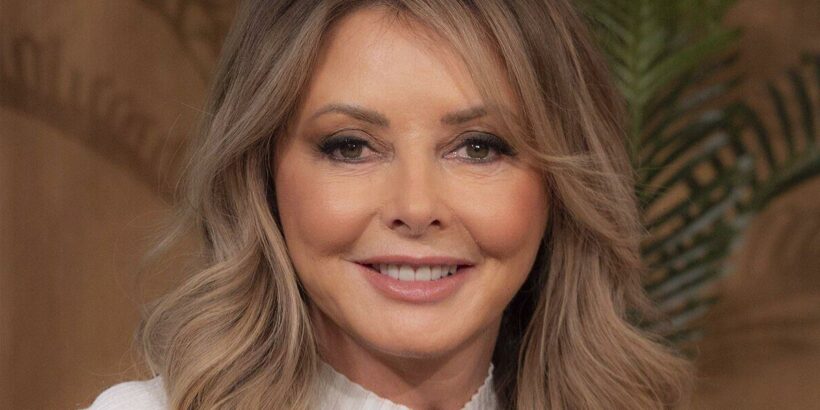 Carol Vorderman says she isn't 'looking for one person'

Carol Vorderman revealed how she is saving her pennies this winter as the cost of living crisis continues. Chatting on the Netmums podcast, the 61-year-old presenter says that everything she can possibly insulate, she does. Urging fans to “insulate, insulate, insulate,” Carol went on to say that the trick works so well that she doesn’t even know if the heating in her house is on or not.

“It’s the first thing I do – walls, floors, ceilings, everywhere I can insulate I do.

“So I live in this strange cocoon thing – I’m forever opening windows.

“I’m not sure if my heating is on or not you know.”

Carol’s advice comes as a survey commissioned by the Liberal Democrats showed that one in 10 people plan to take out a loan in order to cover the cost of their gas and electricity bills.

The poll, commissioned by the Liberal Democrats, showed 23 percent of adults plan to take this drastic move, rising to 27 percent for those with children at home.

The results also showed 23 percent would be forced to use credit cards to pay their bills – up to 33 percent for parents.

Carol is always one to dish out her own advice to her hundreds of thousands of fans who follow her on various social media sites, particularly when it comes to health and fitness.

As a keen gym-goer herself, Carol frequently posts her workouts, gym gear and morning routines, encouraging others to get active and exercise along with her.

In one Instagram post from a few weeks ago, Carol filmed herself practising yoga and pilates as she attempted to learn how to do the splits.

Encouraging others to give the routine a go, Carol commented: “To anyone who says you shouldn’t do “this or that” at a certain age…and is still living in the 20th or even 19th century….please bear this in mind when you’re attempting to troll any woman no matter what their age… (sic)

Despite her positive outlook on life, Carol does receive rather a lot of criticism.

Speaking on the same podcast, Carol revealed that she was shamed for wearing a miniskirt when she was 39 years of age.

“I went to the BAFTAs wearing a short dress, not a micro skirt. They made a Kilroy Show on the BBC and they flew in this dress in from Paris, it was an Ingaro dress, and the dress arrived and this huge debate in the studio was not, ‘Is this a nice dress, but should a woman age 39 wear a dress above the knee?’

“Oh the vitriol was incredible.”

Ignoring the criticism, Carol went on to say that she has “always rebelled” and encouraged other women to be a bit selfish.

She finished by saying: “It’s just that it’s been ingrained in women’s heads that looking after yourself a bit or having a bit of time for me is selfish.

“It’s not but if that’s how you do then be a bit more selfish.”