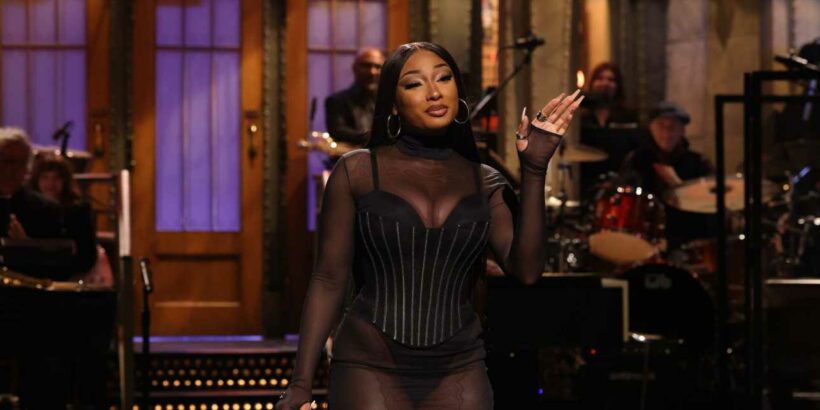 Someone get on the phone with Netflix and cast Megan Thee Stallion in Bridgerton, because after her Saturday Night Live hosting debut she’s obviously meant to join The Ton.

After stating that she’s “a really good actress” in her monologue (no lies detected—especially after watching SNL), Megan mused “Like, I don’t want to toot my own horn or nothing but I think I do a pretty good British accent.” She then (with an accent, obviously) said “put me in Bridgerton bitch.”

As Deadline notes, Megan actually had a super upsetting thing happen to her while she was in New York City for Saturday Night Live: her home in Los Angeles was broken into. Apparently, this happened during SNL rehearsals, and Megan responded to the news on Twitter, simply writing “Material things can be replaced but I’m glad everyone is safe.”