Celebrity Big Brother: Kidnapped model Chloe Ayling ‘is set to pocket a whopping £100,000 after signing up for reality show’

The 21-year-old beauty — who told how she was drugged, stripped and held captive in Italy for six days last year — has secured the payment to appear alongside a host of stars on the Channel 5 show from Thursday, according to the Daily Star.

Rumours were abound since June that the south London native was set to join the show, and it has now been claimed that while she initially distanced herself from appearing on the show, she has since had a change of heart. 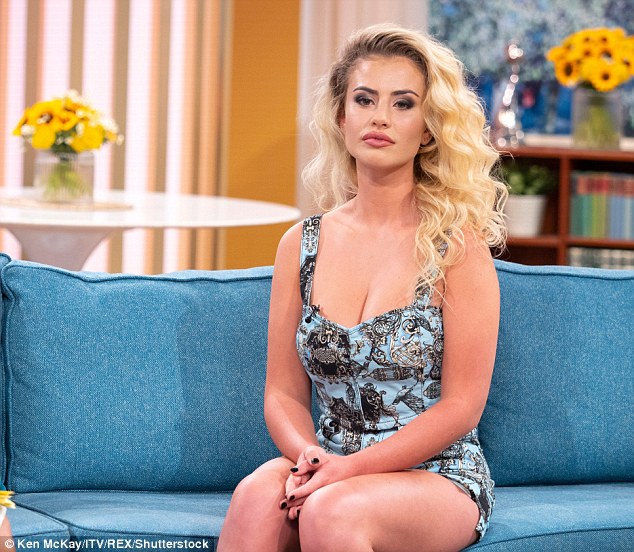 Big payday: Model Chloe Ayling is reportedly set to receive £100,000 to appear in the upcoming season of Celebrity Big Brother

Chloe has been embroiled in controversy since the revelation of her kidnapping, with many members of the public failing to believe details of her harrowing ordeal – doubts which she recently blasted as ‘ridiculous’.

The mother-of-one told how she was kidnapped and stuffed into the back of a car – with the intention of being sold into sex trafficking — after being lured by a bogus photoshoot. Lukasz Herba, 30, was convicted for the crime last month. 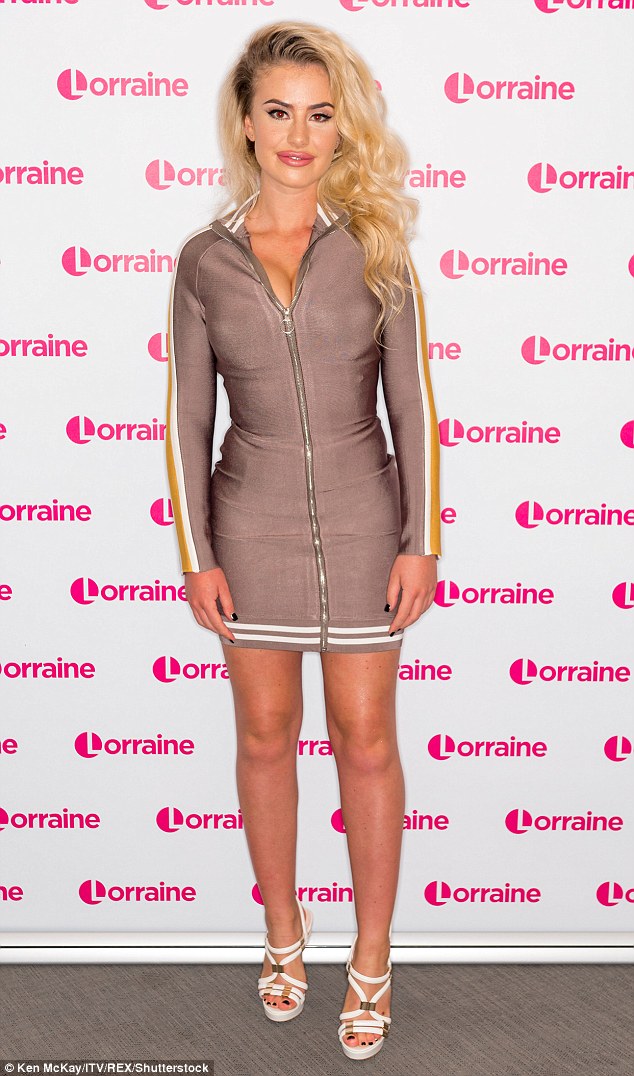 Ordeal: The 21-year-old beauty hit headlines after she told how she was drugged, stripped and held captive in Italy for six days last year. Pictured in July 2018 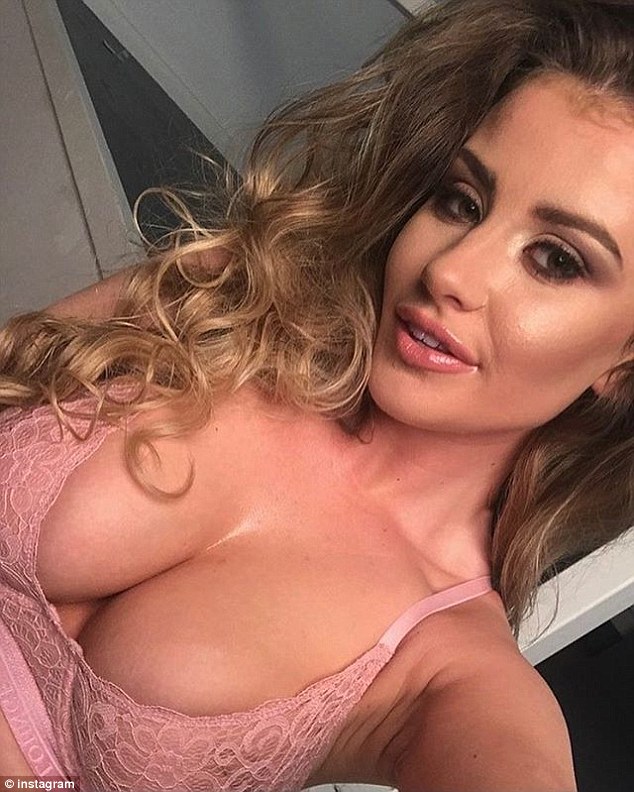 Shocked: The British glamour model from Coulsdon, south London revealed how she was shocked that people didn’t believe her harrowing  story

Former Emmerdale actress Roxanne Palette – who recently announced her engagement to Lee Walton just one week after their first date – is reported to be receiving £750,000 to join the cast of the long-running reality show.

On Sunday, Celebrity Big Brother bosses teased even more sizzling details for their latest season — this time focusing on a ‘bad boy’ to stir up a ‘storm’.

In the second teaser trailer for the reality TV show, the animated weather report suggested an ‘orange weather warning’ — potentially hinting at who the ‘bad boy’ could be.

Teaser: A new teaser trailer for Celebrity Big Brother released on Sunday hinted a certain ‘bad boy’ housemate will ’cause a storm’

The narrator, Marcus Bentley, elaborated on the illuminated map, teased: ‘We are expecting the bad boy weather to continue until Thursday evening’ – with many speculating that TOWIE hunk Dan Osborne could be the culprit.

Dan has been hotly tipped for the series, alongside Love Island star Gabby Allen – who he was accused of ‘cheating’ on estranged wife Jacqueline Jossa with in recent months. Both stars have vehemently denied the claims.

The narrator continued: ‘The sunshine will continue for most of us this week but for the people in the south east of England, you won’t want to be stripping off and heading into the sea just yet as there’s 100 per cent chance of a storm.’ 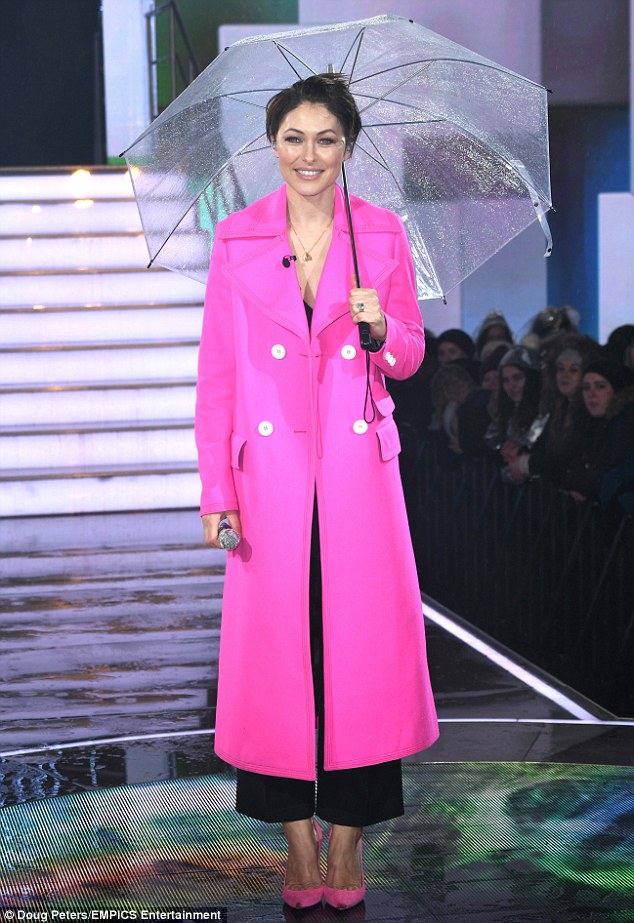 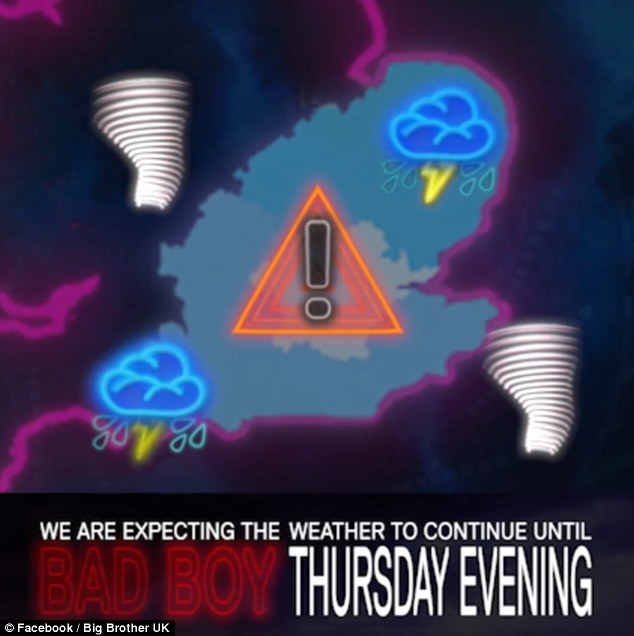 Causing a stir: The narrator, Marcus Bentley, elaborated on the illuminated map, teased: ‘We are expecting the bad boy weather to continue until Thursday evening’ 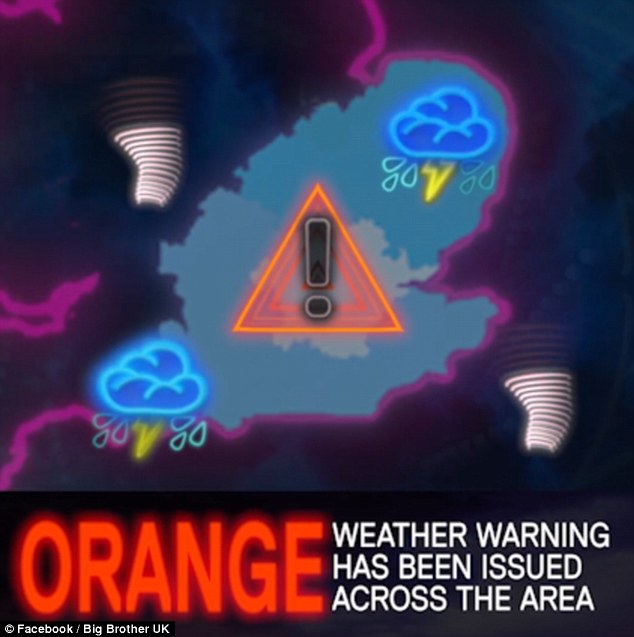 Who is it? In the second teaser trailer the animated weather report suggested an ‘orange weather warning’ – potentially hinting at who the ‘bad boy’ could be 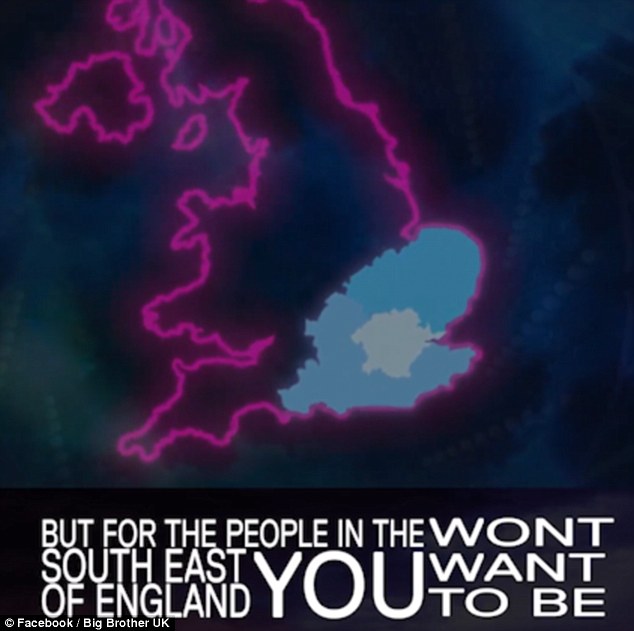 Clues: But this latest teaser could point towards Dan, with his former show TOWIE being synonymous with orange tans, as well as being located in the South Of England

But this latest teaser could point towards the former TOWIE star, with the Essex show being synonymous with high drama and orange tans, as well as being located in the south of England.

‘Stripping off’ could also be a link to Dan’s former career touring with the male stripping group The Dreamboys.

CBB’s new teaser comes after it was confirmed by insiders that this year’s theme will see the house welcome those who have stolen headlines and been embroiled in scandal in the past.

According to The Sun, it’s claimed this series is set to act as a ‘public therapy session’ for the housemates, where they will be confronted by their past and expected to deal with the drama and overcome it on camera. 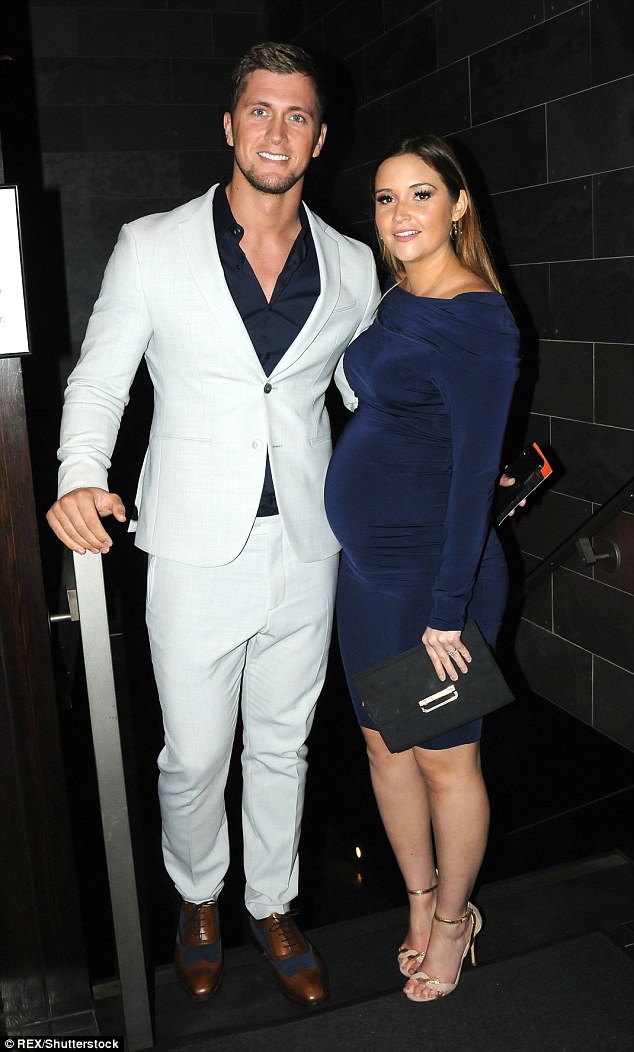 Could it be? Former TOWIE hunk Dan Osborne has been tipped for the series. Pictured with estranged wife Jacqueline Jossa in April 2018 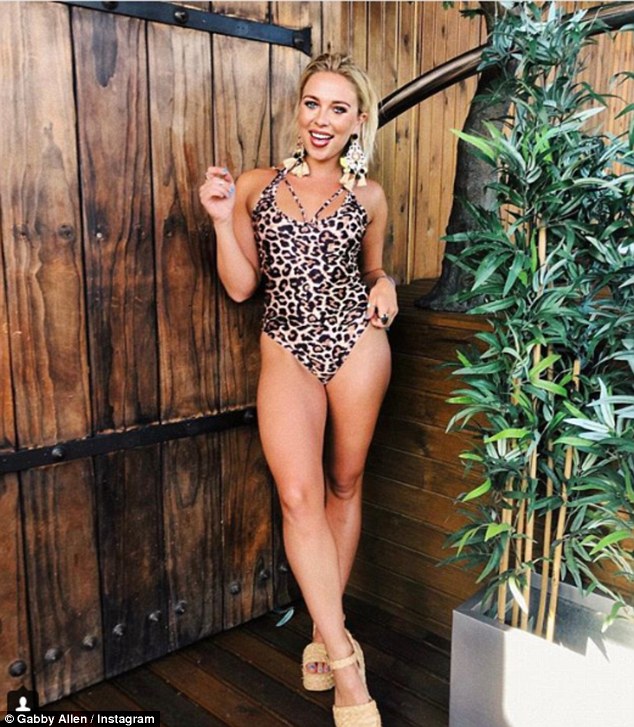 Coming soon? Dan was accused of cheating on his wife with Love Island star Gabby Allen, who is also rumoured to be entering the Hertfordshire house

A source previously told MailOnline: ‘This year’s show is about people in the spotlight, who have hit a tough time in the public eye. They are looking for people who have had dramas or issues in their life and are bouncing back.’

Recent reports have claimed that footballer Jermaine Pennant is set to join the series in a bid to ‘shake off his bad boy reputation’.

Jermaine has been arrested for drink-driving on two occasions, and has served two separate driving bans. A drink-driving conviction in 2005 saw him play a match while on probation and wearing an electronic tag. 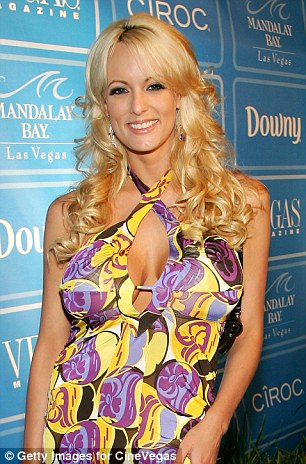 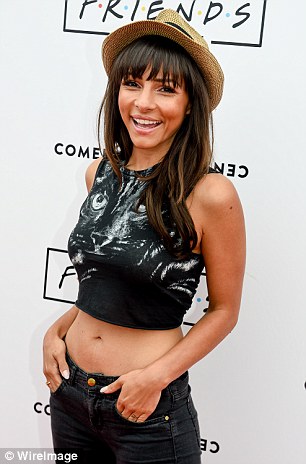 In the lineup? Stormy Daniels, left, is expected to be among the celebrity housemates, while Roxanne Pallett, right, is rumoured to have landed a £100,000 payday for the show 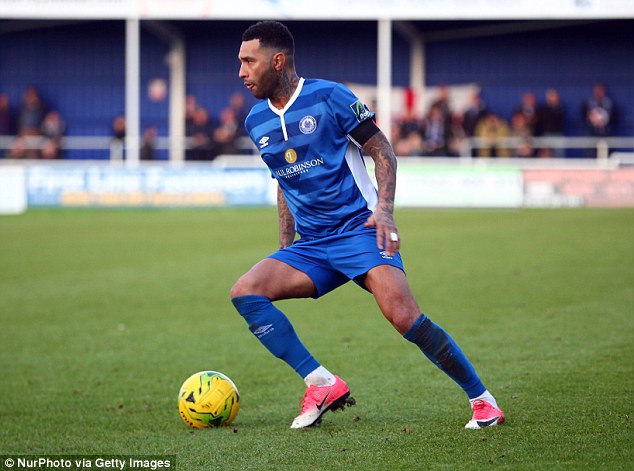 Shake it off:  Recent reports have claimed that footballer Jermaine Pennant is set to join the series in a bid to ‘shake off his bad boy reputation’