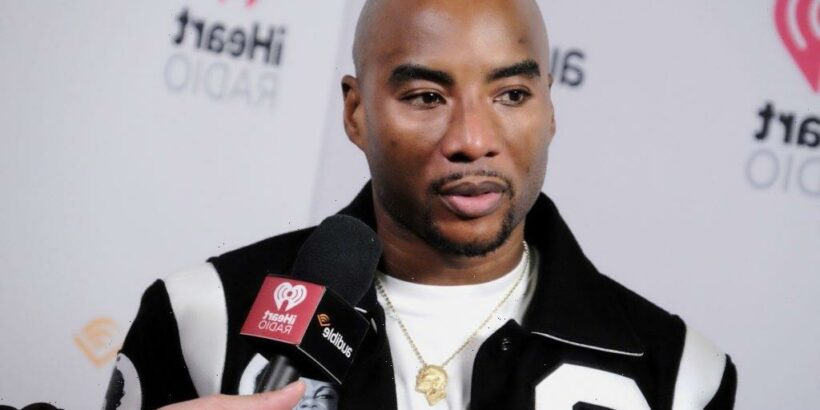 Charlamagne Tha God is doing a rare thing by deeming himself “Donkey of Day” for comments he made toward former NBA baller Kwame Brown. The radio personality received criticism from his celebrity peers and some fans for his behavior, and he’s now issuing a public apology.

It all started with Brown’s social media posts aimed at Matt Barnes, Stephen Jackson, and Gilbert Arenas. It blew up into a web spectacle, and within days, Charlamagne caught heat.

Retired NBA players Matt Barnes and Stephen Jackson recently spoke on Kwame Brown’s skills and athletic prowess during an episode of their All the Smoke podcast. Then Gilbert Arenas joined in on one episode and also had commentary.

Brown didn’t care for their criticisms, and he called them out on social media along with Stephen A. Smith and Skip Bayless. He posted a long video on YouTube and several on Instagram, igniting a feud with Barnes and Jackson that played out online.

Charlamagne Tha God inserted himself into the fray when discussing the internet beef on The Breakfast Club. He decided to talk about Brown’s family members from South Carolina, asserting that his father and brothers are murderers.

He claimed Brown’s father beat a girlfriend with an axe and buried her alive, and said one brother is in prison for murder while the other allegedly committed murder-suicide. He implied that because of Brown’s family history, people should stop messing with him.

Brown went off on Charlamagne and DJ Envy on Instagram. “Rapist, Charlamagne Tha God. Rape case guy that actually pled guilty and got away with it,” he said. “You wanna talk about a brother that I never met? That my father had children outside of his marriage? Just like DJ Envy cheatin’ a*s?”

Brown fired back at the radio hosts for digging up information on his relatives. He promised to drill for information on old sexual assault allegations against Charlamagne.

On May 24, Charlamagne Tha God took a moment to apologize not only to Brown, but to all the families affected by his words. He acknowledged that a few people checked him for his behavior. He then gave himself “Donkey of the Day.”

“I caused pain and unintentionally poked at people’s wounds,” he said. Charlamagne added that Brown isn’t his enemy, and he wasn’t trying to portray him in a negative light. He added that their radio discussion should have been about basketball and not Brown’s personal life.

“I totally understand why Kwame Brown was upset at me. I went low,” he said.

While Brown hasn’t indicated whether he’s ready to accept Charlamagne’s apology, he’s still going back and forth with Jackson.

And in the radio world, Hot 97’s Funk Flex and Ebro both weighed in on Charlamagne’s actions toward Brown. They’ve insinuated he’s a hypocrite for gossiping about someone but can’t take the heat when it’s reflected back on him.

Further, when Funk Flex brought up the previous assault accusations against Charlamagne, Ebro tweeted that the radio host sent his lawyers to shut down any chatter. Perhaps this is the end of it.