It looks like Charles Melton and Chase Sui Wonders are a new couple!

The 31-year-old Riverdale actor and the 25-year-old genera+ion actress have been seen showing some PDA in New York City recently.

Charles and Chase have been seen out and about the city. On one occasion, he could be seen with his arm around her as they walked across a street, and another, she was seen sitting on his lap while outside a restaurant.

If you didn’t know, earlier this year Charles and Chase co-starred in the Vogue China short film Wake, which Chase also directed.

The short film “tells a nuanced story of friendship, forbidden love and self-awareness in the face of grief.”

Earlier this month, Chase was also seen wearing the same jacket that Charles has been photographed in on his Instagram account. Check out the pic of her below! 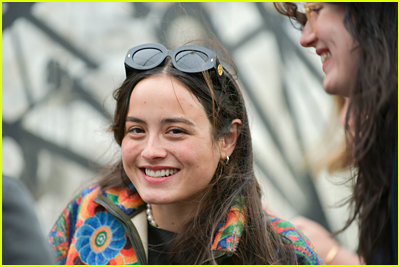 Chase recently starred in the short lived HBO Max series genera+ion, which was canceled after only one season. She will next be seen in the movie Bodies Bodies Bodies, which is debuting at SXSW TODAY (March 14).

Also next up for her is the upcoming series adaptation City On Fire, based off the book of the same name. She’ll take on the role of NYU student Samantha, who is shot in Central Park on the Fourth of July, 2003, according to Variety.

Charles will soon return to TV screens when his show Riverdale returns to The CW on a new night.