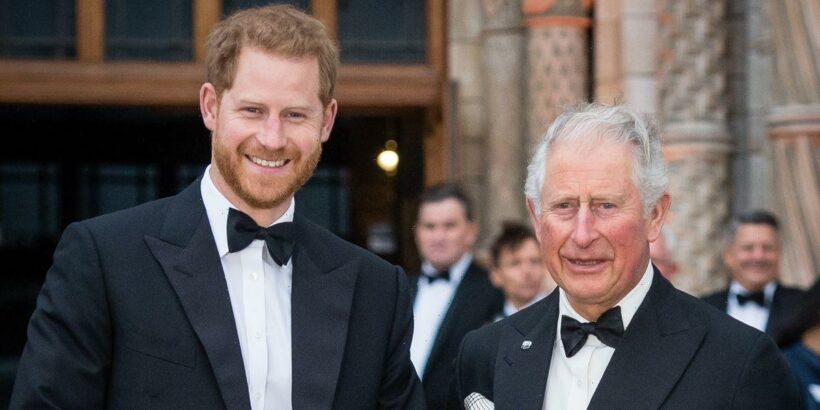 King Charles's first Christmas speech as reigning monarch aired this afternoon – and he noticeably only mentioned one of his two sons in it.

Thousands of Brits turned on their TVs this afternoon to see Charles' first ever Christmas speech since becoming king earlier this year, after the passing of his mother the Queen in September.

The theme of the speech was a celebration of “selfless dedication” and referred back to the late Queen and her “faith in people” who can touch the lives of others with “goodness and compassion”.

The King was talking about religion and community spirit around the United Kingdom when he said: “The Prince and Princess of Wales recently visited Wales, shining a light on practical examples of this community spirit." There was no mention of Harry or his wife, Meghan Markle.

Since Prince Harry chose to step away from the royal family as a senior royal, he is not as close with his father or older brother William as he previously used to be.

Royal experts have also claimed that Harry's new Netflix docuseries Harry & Meghan "left an irreparable gulf" between the Harry and his father and brother.

The Christmas speech is understood to have been written in November and December and recorded on Tuesday, 13 December, meaning it was partially written before the release of the docuseries.

Because of this, it is unknown if the speech has been rewritten due to the content of the docuseries, which included several bombshells and accusations against the royal family.

This includes how King Charles and Prince William allegedly reacted negatively when Harry asked for more protection for his wife Meghan Markle.

However, this might be a sign that Harry's hope for reconciliation with his family may not take place.

The same thing happened last year, when the Queen mentioned her late husband Prince Philip, son Charles and his wife Camilla as well as William and Kate all by names, but left out Harry and Meghan and their children.

In her Christmas speech last year, the Queen said: “I am proud beyond words that his pioneering work has been taken on and magnified by our eldest son Charles and his eldest son William – admirably supported by Camilla and Catherine – most recently at the COP climate change summit in Glasgow.”

Prince Harry and his wife Meghan Markle were never mentioned.

This year's speech will be the first ever televised of a King, with The Queen's father and predecessor King George VI having delivered speeches on the radio.