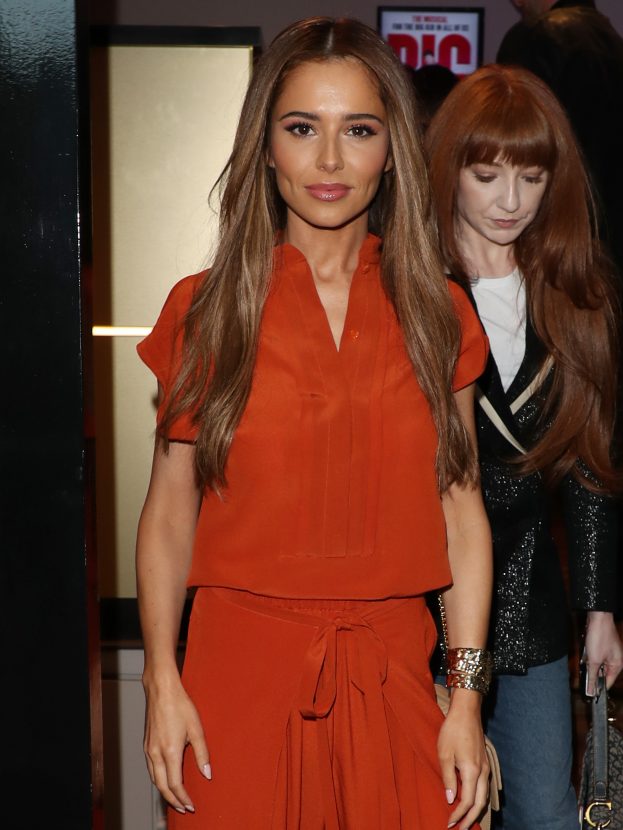 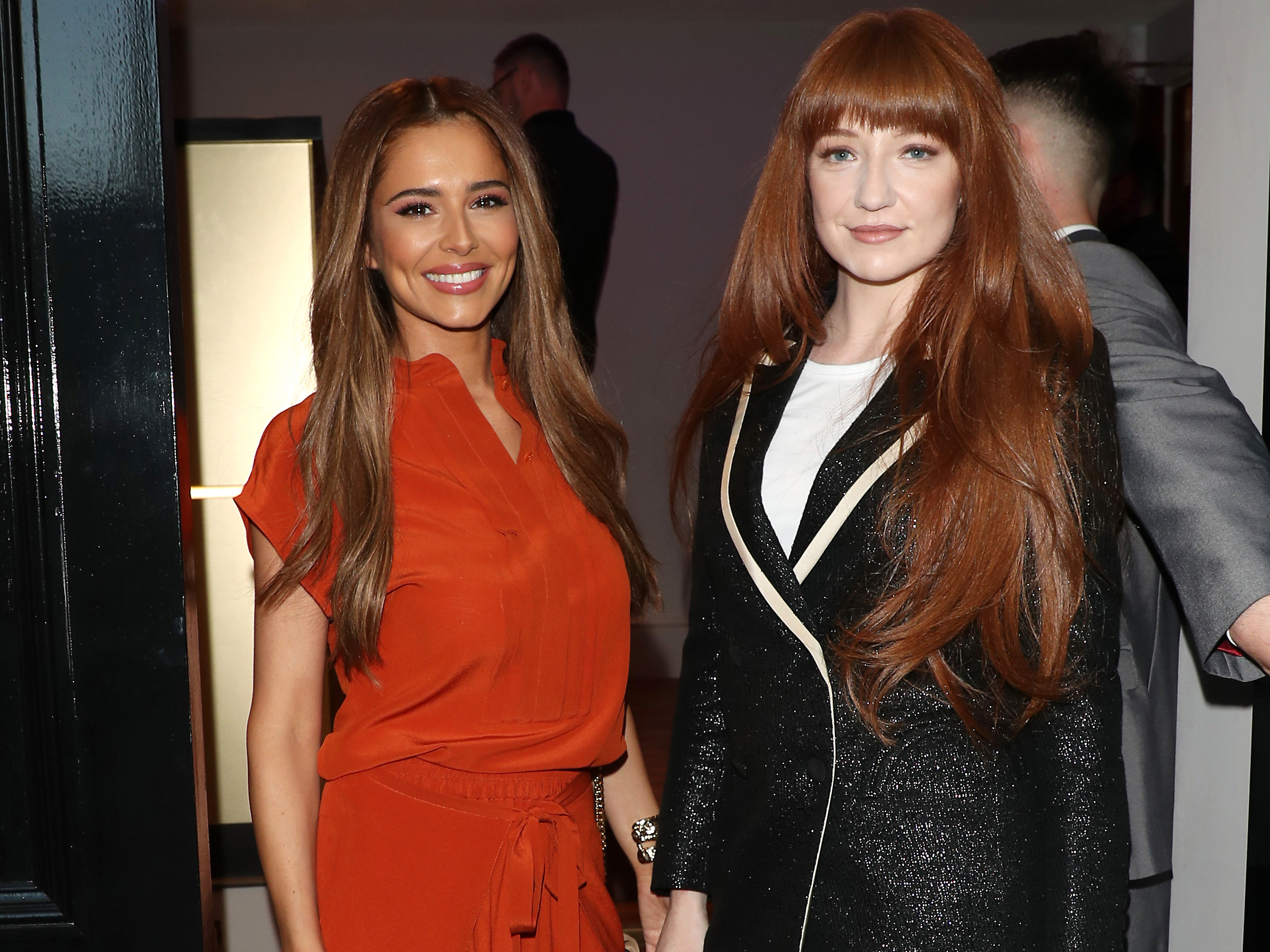 The 36-year-old singer looked hot in her red jumpsuit and wore her hair down as she arrived at the theatre without son Bear, aged two.

Backstage before the show she met up with Kimberley Walsh and the girls posed for Instagram videos and it was clear the nerves were setting in for the Geordie girl. Nicola Roberts asked, ‘Kimberley how are you feeling?

‘I’m actually good, happy to have my girlies here.’ To which Cheryl added, ‘I’m nervous’.

Joining Kimberley in the cast is former Strictly and boyband The Wanted star Jay McGuinness as the lead Josh, actress Wendi Peters and Matthew Kelly.

Backstage at The Dominion Theatre, Kimberley said, ‘About to get my wig on’ before stating, ‘Almost show time’ and as the video panned round to show Nicola singing, Cheryl commented, ‘Somebody’s warming up but it’s not Kimberley.’ 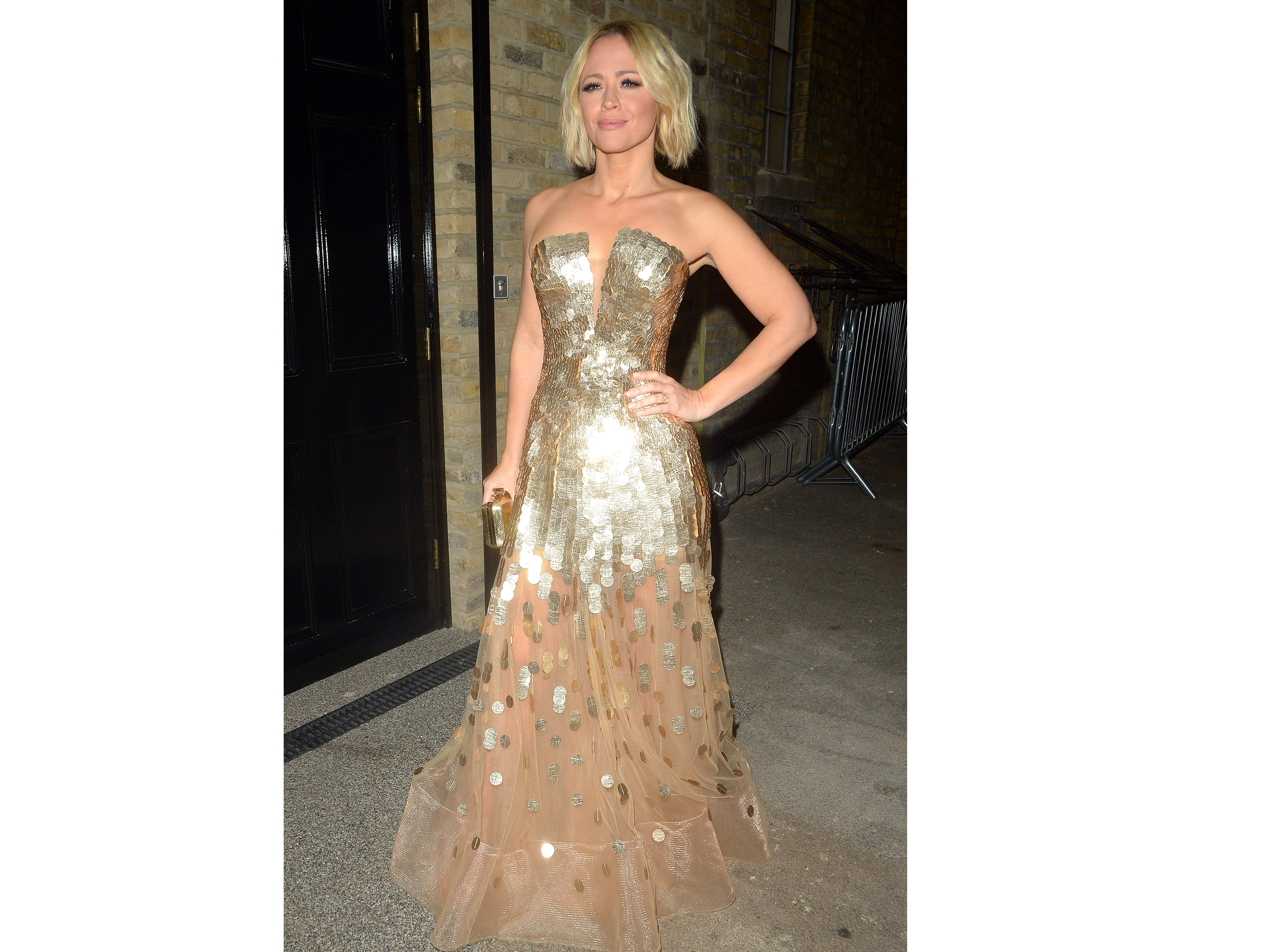 After the performance, Cheryl uploaded her review, saying, ‘If you’re a lover of theatre…And good entertainment you really have to go see @bigthemusicaluk .. Such a great show. Funny, warm a brilliant cast.. Oh and it has my best friend in it. @kimberleywalshofficial so proud of you. Love you loads.’

And Nicola was as equally praising, before the performance she wrote, ‘We’re so excited tonight for Kimberley’ and after she uploaded another snap and captioned it ‘So Proud of you Kim’.

Kate Thornton was also in the audience and gave it rave reviews, ‘Saw @kimberleywalshofficial and @birdspotting knock it out of the park for Big, The Musical… They were amazing!!’

And while three of the five Girls Aloud girls were reunited, we’re sure fans would love to see all five together on stage again in the future…