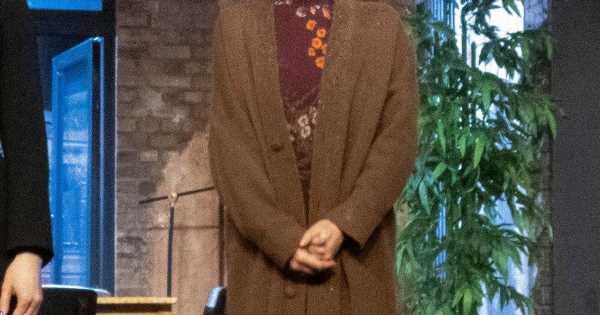 Cheryl has made her West End debut to positive reviews from critics, but the show has now been thrown into chaos as one of her co-stars has been forced to pull out.

Cheryl, 39, has followed in the footsteps of stars including former Love Island presenter Laura Whitmore and singer Lily Allen by playing one of the lead roles in play 2:22 A Ghost Story.

The show opened in summer 2021 at the Lyric theatre in central London and has proved a big hit with theatre-goers.

However, Cheryl’s three month run on the show, which kicked off last weekend, has been marred by co-star Hugo Chegwin being forced to quit the role due to illness.

EastEnders actor Jake Wood has stepped in to reprise the role of Ben.

Chegwin was supposed to appear alongside Horrible Histories actress Louise Ford and theatre star Scott Karim for a 14-week run from January 21 at the Lyric Theatre.

People Just Do Nothing star Chegwin, 37, said: “I’ve had the flu. Due to being poorly during the rehearsal period, I’ve had to pull out of the play.

“I’m absolutely gutted about this and I wish everyone involved in the play the best of luck. The cast are truly amazing.”

He will perform from Thursday until the end of the run, and previews up until then will be played by understudy and EastEnders actor Ben Cutler.

Wood, best known for his soap role as Max Branning, said: “It was an honour to originate the role of Ben at the Noel Coward, winning the Whatonstage best supporting performer in a male identifying role in a play award for 2021, and I am so excited to be rejoining the cast until the end of April.

“Danny Robins’s script is funny, touching, and so entertaining and easily the best play I have ever read.

“If you’ve seen the show before, come back and see it again and I promise that you will enjoy it just as much, as I know I will the second time around.”

The show producers said: “Due to illness during the rehearsal period, Hugo Chegwin has sadly had to withdraw from the production.

“We are delighted to welcome Jake Wood back to the 2:22 family.”

Cheryl, who is reportedly considering her West End stint as a chance to relaunch her struggling showbiz career, is said to be netting £1,000 a night for her performance.

The popstar has been keeping a low profile since she last released new music in 2018.

At the time, Cheryl said that she would retire from the industry if her single Love Made Me Do It underperformed.

The single peaked at number 19 in the charts and Cheryl only released one more song from the album as a single, which in turn only made it as far as number 57 in the charts.