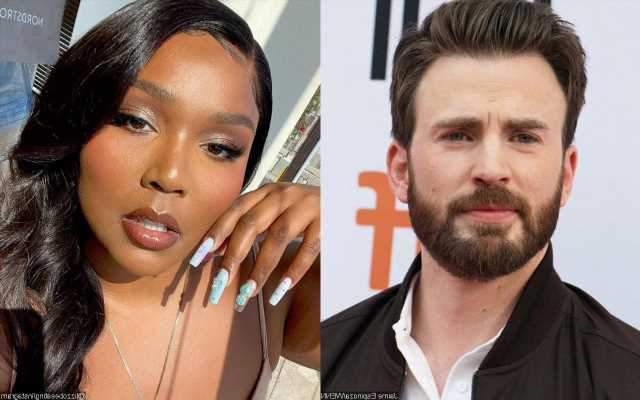 The ‘Good as Hell’ songstress previously joked on TikTok that she is currently expecting her first child with the ‘Captain America: The First Avenger’ actor.

AceShowbiz –Chris Evans had a perfect reaction to Lizzo‘s fake pregnancy announcement. After the “Truth Hurts” hitmaker jokingly declared that she’s currently expecting a child with him, the “Avengers: Endgame” actor quipped that his mom would be “so happy” with their “little bundle of joy.”

The 40-year-old hunk responded to the pregnancy “rumors” by DM-ing the femcee on social media. She later shared a screenshot of the message on TikTok on Sunday, August 1 along with a video. It read, “Hi! Just heard about our little bundle of joy my mother will be so happy lol.”

In the caption of the footage, the “Good as Hell” singer exclaimed, “OMG YALL – HE SAW THE BABY BUMP! WE DID IT!” She then jested, “NOW YALL GOTTA NAME LIL MERICA!!!!! WHAT YALL BOUTA NAME BY BABY ?!”

Lizzo first made the pregnancy joke last week. Sharing a video that featured the Cap theme music from “Captain America: The First Avenger“, she said, “This is something that I’ve been really trying to keep personal and private between me and the father of my child, but since we’re airing out all the rumors today, I’ve been sucking in. We’re gonna have a little America.”

Lizzo has enjoyed exchanging banter with Chris since she slid into his DMs. In April, she told fans through a TikTok video that she drunkenly sent a flirty message to him featuring three emojis, gust-of-wind, woman-playing-basketball and basketball emojis.

“The reason I’m upset about this one is because I know I’m not going to be able to marry him and honestly it hurts me to the core,” she lip-synched to audio voice from TikTok user Tatayanna Mitchell. “Because damn papa, he a rare breed, no comparing.”

Chris himself has responded to her DM. “No shame in a drunk DM [face-throwing-a-kiss emoji],” Chris texted the Grammy winner. He went on, “god knows I’ve done worse on this app lol [facepalm emoji],” apparently referring to his infamous social media mishap when he unleashed a clip from his camera roll that included a photo of a penis.