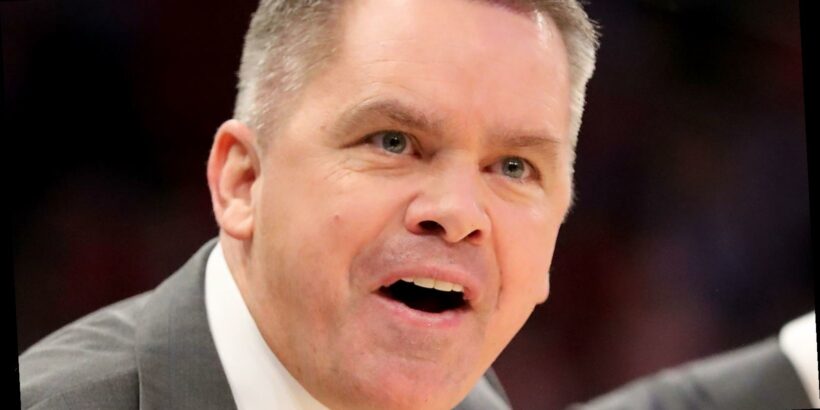 Ohio State University’s men’s basketball coach Chris Holtmann will continue to lead the Buckeyes during the 2020-21 season. He proved his worth when he was tapped as the 2018 Big Ten Coach of the Year after the team won an impressive 25 games, as per his Ohio State Buckeyes bio. That year, they also placed second in the Big Ten regular-season standings.

Holtmann has a psychology degree from Taylor University and used to play basketball himself, according to his bio. He often draws from his own experiences as an NAIA All-American guard, per an interview with Ohio State University. “Most of us are former athletes and we appreciate the discipline and the demands that were placed on us in the sport,” he asserted before adding, “And I think most of us get into (coaching) because we feel like those lessons that we learned, hopefully, we can share with the younger generation and it can be a part of how we coach.” Holtmann seems to have a passion for guiding basketball players, and the results show.

The former athlete is certainly doing something right as he takes the Buckeyes from victory to victory. But how much does Holtmann earn — and has he also taken a pay cut like many other coaches during the pandemic?

Ohio State University was impacted by the COVID-19 pandemic. Specifically, their athletic department took a beating with a $107 million deficit projected for 2020-2021, as per Buckeye Extra. Across the country, other athletic coaches, like Baylor’s Scott Drew, were also affected by the coronavirus shutdown. According to the outlet, this led to many head coaches accepting 5% pay cuts in September last year. Holtmann was no exception and agreed to a reduction in his salary amid the worldwide crisis.

The father of one brings home the bacon, pudding, and cheese with a hefty paycheck of approximately $3 million per year, as per Buckeye Extra. Since Holtmann took a pay cut, the university will “save about $150,000” on his salary alone. Ohio State’s Gene Smith, who is the athletic director, revealed that they didn’t want coaches who earned more to necessarily take a heavier pay cut than those who made less money. Therefore, the load was shared among all the head coaches of the department.

Sports Illustrated reports that Holtmann was nominated for Coach of the Year in February 2021. Perhaps some of his team’s winning ways can be attributed to staying humble. Recently, he shared a text message on Twitter from his mom, who offered him some tips for the game. Holtmann stole many fans’ hearts when he thanked her for her contribution. Congrats on your nomination, Coach Holtmann!