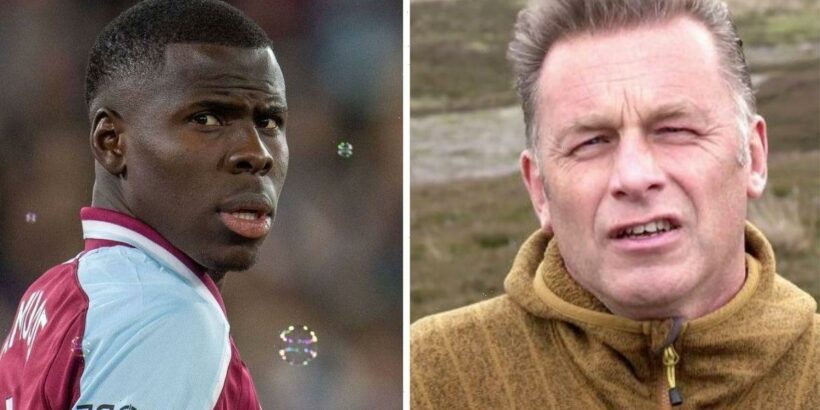 Chris Packham, 61, has said that he thinks West Ham’s Kurt Zouma should work at an animal welfare centre. It comes after the footballer pleaded guilty to kicking and hitting his cat.

He explained that rehabilitation for such crimes is better than punishment.

Chris said that approaching the situation by attending an “RSPCA rehabilitation” is the most effective way to issue an apology.

The BBC Springwatch host said: “It’s difficult to punish a footballer financially, they are just so wealthy.

“But wouldn’t it be good if they said: ‘Right, what we want you to do is go and work in an RSPCA rehabilitation centre and you’ve got to do 30 days’ work there.

“Then we could make a film about that.’

“I would like to see him now play a prominent role in animal welfare – he could turn it around.

“That’s what he should do. He should say: ‘I am a genuinely reformed character. I’m genuinely sorry and to prove that I’m going to play a role advocating animal welfare’.”

He and his brother, Ioan Zouma, 24, a lower league footballer, will be sentenced this week.

During the hearing, Thames Magistrates Court heard that Zouma chased the cat around his home, saying, “I’ll hit it” and “I’ll kill it”.

There have been widespread concerns about the cats’ welfare, but it is understood that both animals remain under the RSPCA’s care.

Amid the uproar following the footage’s first emergence earlier this year, Zouma sent out a heartfelt apology for his actions on Twitter.

It read: “I want to apologise for my actions. There are no excuses for my behaviour, which I sincerely regret.

“I also want to say how deeply sorry I am to anyone who was upset by the video.

“I would like to assure everyone that our two cats are perfectly fine and healthy.”

Chris, who is the RSPCA president, will return to screens on Monday night with BBC Two’s Springwatch.

Springwatch is part of a seasonal series on BBC, along with Autumnwatch and Winterwatch, which charts the fortunes of British wildlife during the changing seasons.

He added, in an exclusive interview with The Mirror: “Large numbers of people look up to footballers as role models, understandably.

“I think therefore footballers have to embrace the responsibility that comes with that.”

The RSPCA president said that he was pleased the animal care organisation has been able to take this case to court and ensure it receives all the necessary attention.