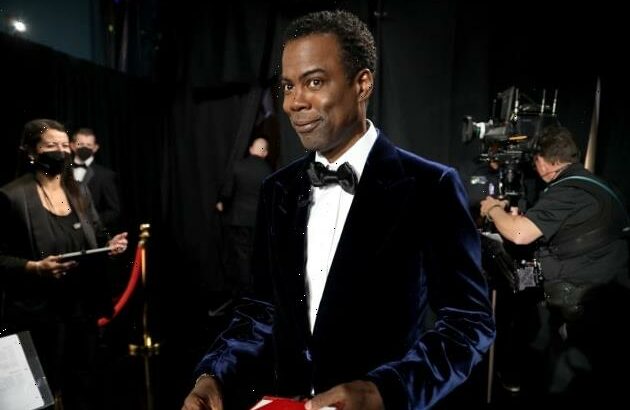 The Slap. The Slappening. The One Little Fight and His Mom Got Scared.

Call it whatever you want, it’s all that anyone has been talking about this week.

Of course, there’s one person who hasn’t had much to say about the incident, and whose opinion on the matter is actually quite important.

Yes, Will Smith issued an apology that left a lot of people with the impression that he felt pressured to offer a boilerplate response.

But until Wednesday night, Chris had made no public comment about the most shocking moment in Oscars history.

Fittingly, Rock broke his silence on stage, in front of sellout crowd at the Wilbur Theater in Boston.

“What’s up, Boston?” Rock asked the audience during his show on Wednesday. “How was your weekend?”

Of course, the real question was, how does Rock feel about the events of last weekend?

And it seems we might still have to wait a little longer for an answer.

One attendee tells Us Weekly that the the crowd “laughed a lot” and Rock’s opening remark “really cut the tension.” for Rock.

The source says it was a “great show,” and noted that Rock was greeted with a standing ovation.

“Y’all are getting me misty eyed and s–t,” Rock said in response to the crowd’s warm welcome.

Rock noted that the material he would be presenting to the crowd was written before Sunday night’s incident, which seemed to be his way of saying that that would be his final word on the matter … for now.

As a comic, it makes sense that Rock would prefer to wait until he’s had time to find the humor in the situation and express his thoughts through his craft.

In the meantime, it seems that he has the full support of the comedy community.

“I’d have announced this morning that I was suing Will for $200 million,”Jim Carrey told Gayle King in an interview that aired this week.

“You do not have the right to walk up on stage and smack somebody in the face ’cause they said words.”

“People say, ‘How did Weinstein get away with that for so long? How did that happen?’ and it’s like, we just witnessed it!” comic Nikki Glaser told Howard Stern on Tuesday.

“Everyone saw an assault take place. Everyone in the room with their own eyes. And then if you would have tuned in 20 minutes later, you would have never known that happened.”

“I love my friend @chrisrock and believe he handled it like a pro. Stayed up there and gave an Oscar to his friend @questlove and the whole thing was so disturbing. So much pain in @willsmith,” wrote Amy Schumer, who co-hosted the Oscars alongside Wanda Sykes and Regina Hall.

“I’m still in shock and stunned and sad. I’m proud of myself and my co-hosts. But, yeah. Waiting for this sickening feeling to go away from what we all witnessed.”

The country might still be split on the matter of Smith’s actions at the Oscars.

But standup comics appear to be in agreement that the actor set a dangerous precedent on Sunday night.