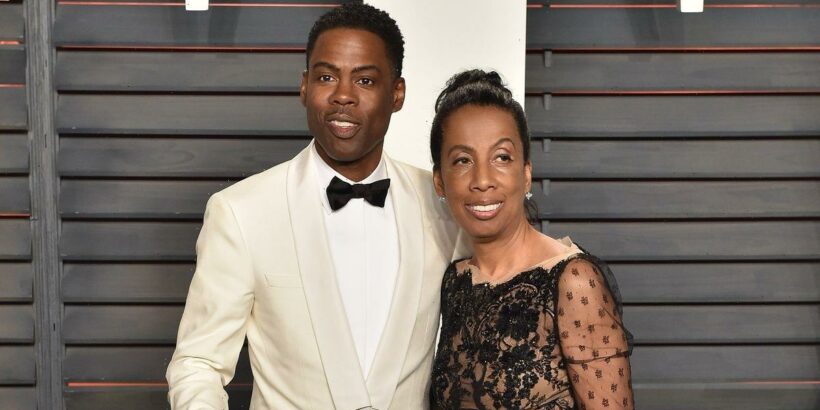 Chris Rock’s mother has spoken out about the infamous ordeal between her son and Will Smith that occurred at the Oscars last month.

Chris, 57, was slapped by Will, 53, after he made a joke about the actor's wife Jada Pinkett-Smith.

The joke in question hit a nerve with The Fresh Prince of Bel‑Air actor after the comment referred to Jada being bald, which is due to her having alopecia. Chris is reported to have had "no idea" about 50 year old Jada's medical condition.

Before he presented an award at the glittering ceremony, Chris said: “Jada, I love you – I can’t wait for GI Jane 2”, which prompted the actress to roll her eyes.

Will then went on stage and slapped Chris before returning to his seat. He then shouted: "Keep my wife's name out your f**king mouth!"

Onlookers and watchers were left stunned by Will's actions which led to several profiled opinions, including one from Chris' own mother, Rose.

The comedian's mum shared her thoughts on WIS' Billie Jean Shaw radio show in South Carolina and revealed she felt "hurt" by the ordeal.

She said: “You reacted to your wife giving you the side-eye, and you went and made her day because she was mulled over laughing when it happened.”

"When he slapped Chris, he slapped all of us. He really slapped me," she continued. “Because when you hurt my child, you hurt me."

She added: “No one heard his speech. No one was able to just be in the moment because everyone was sitting there like, 'What just happened?'"

Following the incident, Will was placed on a ten-year ban from the award's ceremony and issued an apology to Chris in a statement on his Instagram, which read: "I would like to publicly apologise to you, Chris. I was out of line and I was wrong."

However, Chris' mum Rose doesn't seem impressed with how the situation has been dealt with as she asked: “What does that mean? You don’t even go every year.”

Discussing Will's apology to his 64.6 million followers on Instagram, she continued: “I feel really bad that he never apologised.”

“His people wrote up a piece and said, ‘I apologise to Chris Rock,’ but something like that is personal. You reach out," she added.

Her words followed that of her son Kenny, who also believed that Will's apology was not genuine.

"I don’t think it was genuine," Kenny, 42, told LA Times. "I think his publicist and the people that work under him probably advised him to do that.”

Chris has personally remained tight-lipped about the incident. During a performance at his world tour, he told the audience that he's "still processing what happened".

For the latest updates on your favourite celebs, sign up to OK!'s daily celebrity newsletter.