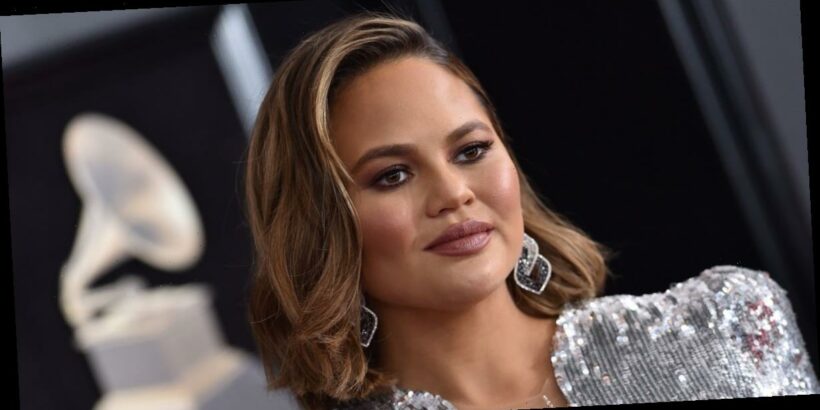 Chrissy Teigen has paid tribute to her late son Jack on what would have been his tribute.

Months on from the heartbreaking ordeal, Chrissy has taken the time to remember her late son in a special way.

John Legend’s wife Chrissy shared a photo of her wrist with a collection of bracelets on, two of which were beaded bracelets with her son Miles and daughter Luna’s name on.

Amongst the bracelets was also a personalised piece with Jack’s name on.

As Chrissy, who recently admitted she regrets not looking at her late son’s face, shared the snap of the touching tribute on her Instagram story, she revealed it was the day she would have been due to give birth to Jack.

She wrote: “today was your due date. we love you forever” followed by a purple heart emoji.

It comes after Chrissy appeared on The Ellen DeGeneres Show via video link, where she opened up on her pregnancy loss.

She said the experience was “transformative” for her as she said: “Even thinking back to it now, I am still in therapy about it and I'm still coming to terms with it.

“I have maternity clothes, and there are things that I bought for my eighth month and my ninth month.

“So it's just hard because he would've been born this week, so you look at those things and you have these constant reminders.”

Chrissy added how it was “really helpful” that she was “raised in a household that was very open about loss”.

She explained: “It was a really transformative thing for me and in a way it really saved me, because I don't think that I would've discovered therapy and then sobriety and this path of feeling good about myself and feeling like a new person.”

The mum added how she keeps the memory of her baby son Jack alive by talking about him with her children Luna, four, and Miles, two.

“It's been so beautiful to see my kids, the way they talk about him,” she said.

“We'll be going to the beach or something and they'll say, ‘Is baby Jack with us right now? Do you think he's up in the clouds?’ It's just so beautiful and so sweet.

“You don't ever imagine it happening to you — I think that was the crazy part for me is, I hear these stories about other people. This kind of stuff doesn't happen to me. So when it does, you're just so shocked.

“And then you think about all the people that go through it in silence and you get really sad for them. Ours was so public, so so many people were so supportive.”