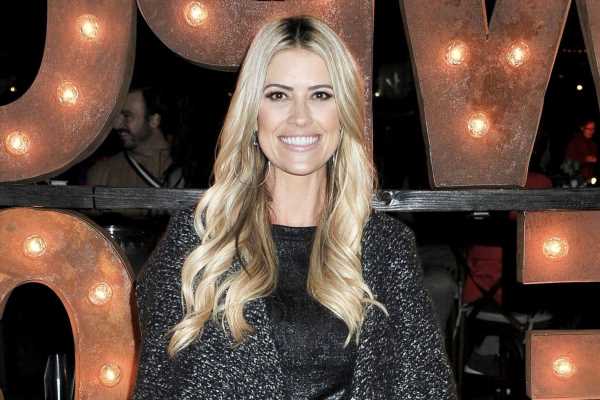 Christina Haack is one of the beloved personalities of HGTV. The popular star is the host of Flip or Flop and Christina on the Coast. It’s the latter show that is a topic of interest after a cryptic post by Haack on Instagram. The interior designer hinted that she was ready to start designing again which seemingly confirms she will start filming the new season of her show. Haack also asked her fans to provide ideas of what they wanted to see in her creations.

Christina on the Coast has been a hit with home renovation enthusiasts that watch HGTV. The series is a hybrid show that showcases Haack renovating spaces as well as taking a deeper look into her life. Mixing a classic reality show with the transformation of home interiors has proven to be a massive success for the cable network as well as for Haack.

The star recently shared on Instagram a carousel of photos with all her kitchen remodels from season 4 of her show. She said that she was “ready to be back designing,” which implied she was about to start filming season 5 of the HGTV series.

“After some time off – I’m ready to be back designing. Here are some of my fav kitchens we’ve done in the past,” she wrote. “What style do you guys want to see more of?!”

What are fans suggesting Christina Haack do?

Haack opened up the conversation to her fans in suggesting what they wanted to see in her kitchen remodels. Over the years, some have criticized how similar her designs have tended to be. This was a great opportunity to poll people on what they would like to appreciate in a possible new season of Christina on the Coast.

“Modern classic + coastal. Anything but farmhouse!” a fan suggested.

“More black and dark and boho with warm tones. Everything is so white, white, and more white,” an Instagram user noted.

“Sick to death of the all white/grey marble kitchens! Your work is beautiful just liking warmth right now,” another fan suggested.

“Love warm wood tones and colors….glad to see the trend moving away from all white,” another follower commented.

“I would like to see a design more cost effective! Something that would be inspiring to people that don’t have such large budgets,” another Instagram user said.

Haack has her work cut out for herself with the demands of her fans for her kitchen remodels and this is a great opportunity to start making changes ahead of the season.

Not only is Haack reading about new ideas for her kitchen renovations, but she changing up her living space. Haack recently got engaged to her boyfriend Joshua Hall that she started dating earlier this year. The HGTV host mentioned him at the end of Christina on the Coast Season 4 at the same time she was talking about selling her home.

“I’m going to list this house next week,” Haack told her friend on the show. “I was trying to redo things and, you know, I built the bar and I had plans to change the wine cellar and a cabana in the backyard to make it my own space. But… I need a fresh start. And honestly, the prices are high right now. I’ve been getting in these, off-market offers and they’re very hard to pass up.”

Haack ended up selling her home and bought a new property with an ocean view. Christina on the Coast fans will most likely see this new place when season 5 returns to HGTV.