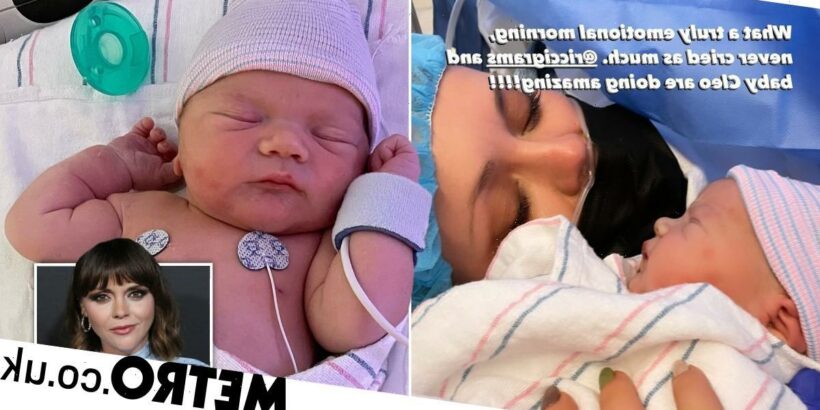 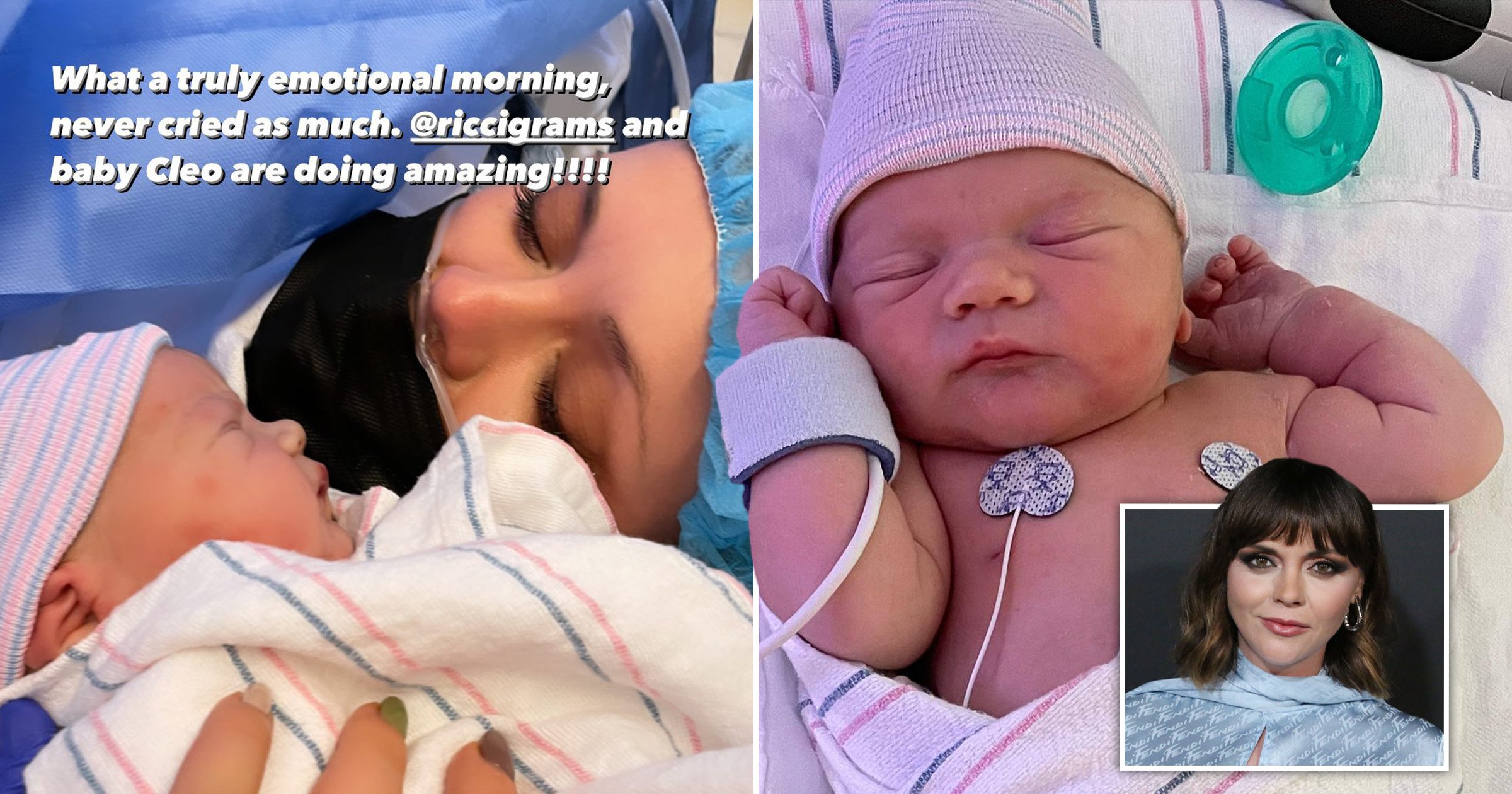 Christina Ricci has given birth to her first child with husband Mark Hampton.

After secretly tying the knot with her partner in October, the 41-year-old Addams Family actress announced the couple had welcomed a baby daughter.

Alongside a photo of their little girl, Mark wrote on Instagram: ‘My heart has exploded. @riccigrams and baby Cleo are doing fantastic, we’re all resting after such an eventful morning.. welcome to the world baby Cleopatra Ricci Hampton [heart emojis] (sic)’

Mark also posted some hospital snaps on his Instagram Story.

He wrote on the photo-sharing platform: ‘What a truly emotional morning, never cried as much. @riccigrams and baby Cleo are doing amazing !!!! (sic)”

Christina and Mark casually announced on social media two months ago that they had privately tied the knot.

Alongside the wedding photos, Christina wrote: ‘Also Mr. and Mrs.’

Mark also shared the same photos and tagged his location as Los Angeles while captioning the post: ‘#justmarried.’

In August, Christina announced she was expecting a baby with the hairdresser, posting a photo of her baby scan.

The former couple married in 2013 and welcomed their son in 2014 before Christina filed for divorce in 2020 following an alleged domestic battery incident.

She then filed a request for a domestic violence restraining order, six months after filing for divorce.

A judge granted her request and Heerdegen must stay 100 yards away from Ricci, has no visitation rights with their son, and must stay away from the family dog, under the terms of the restraining order.

Heerdegen’s attorney Larry Bakman told TMZ that his client ‘unequivocally denies all allegations of abuse made by Ms Ricci as having occurred in 2020’.

The filmmaker had sought a restraining order of his own after accusing Ricci of excessive drinking and domestic violence, but the request was denied by a judge.