Few experiences in life are more packed with thrills than a school staff meeting.

That spine-tingling jargon, the heady rush of budget reports and the pulsating mood of sour-tempered grumbling combine in an unforgettable adventure.

Hollywood knows it. That’s why Harrison Ford is currently filming Indiana Jones And The Timetable Of Doom, as the swashbuckling archaeologist battles with an evil deputy head who wants to replace freestyle study breaks with supervised revision periods.

Sounds ridiculous? Not to Beeb editors, who made a staff meeting the centrepiece in the opening hour of a six-part documentary, School (BBC2). 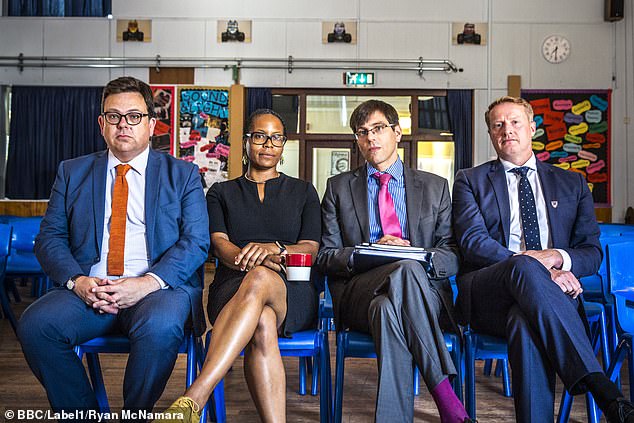 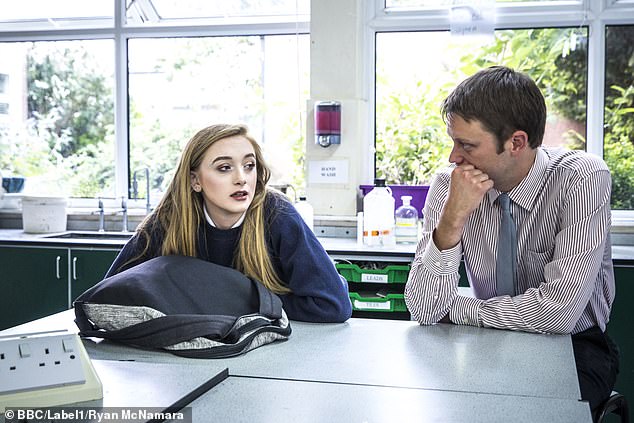 A science teacher at Alexander Street (featured in the documentary) is seen talking to a pupil. The school is featured in a new BBC documentary focusing on the experiences of pupils, teachers and staff across an academic year

Amid a welter of corporate double speak and acronyms, teachers at a ‘multi-academy trust’ in Gloucestershire were told by the ‘interim head’ that they faced another round of ‘reduced investment’.

The staff heard the news in a mood of bitter resignation, which made the scene even less entertaining. If that was the most interesting thing to happen all year, lessons at this trio of secondary schools must be deathly.

But this wasn’t about entertainment. The documentary did include a couple of throwaway scenes, such as a Head of Year’s emotional farewell to a favourite class, which made engaging TV. Mostly, though, this was a nakedly political statement, more of a tub-thumping video for the National Union of Teachers than a serious analysis of British education.

Senior staff queued up to lament that budget cuts meant the end of ‘non-teaching assistants’ and reductions to the ‘management structure’. To which many of us would say a resounding ‘hurrah’.

One teacher even blamed the belt-tightening for a steep rise in anxiety attacks among pupils. Staff were so worried about school finances, he claimed, that the children were getting hysterical. 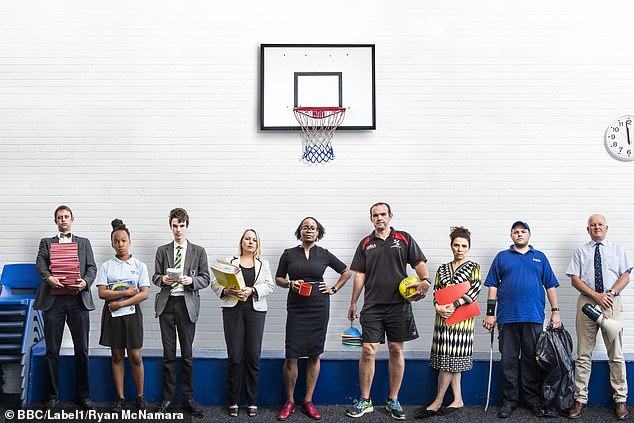 The new BBC documentary focuses on the lives of teachers, pupils and staff at a number of schools. They have been granted access to a Multi-Academy Trust of three secondary schools in South Gloucestershire

To ram this point home, we were shown a science lab, where a couple of the sinks were blocked and some of the windows didn’t open.

‘How bad does it have to get?’ wailed the chemistry teacher, who really should have been in charge of the drama class.

The generations that went to school on hastily cleared bombsites, in damp and draughty Portakabins, will wonder what the fuss is about.

If you want a probable cause for the epidemic of panic attacks, look no further than the mobile phones that every child carried — and which some refused to put down, despite repeated warnings from teachers.

Ban phones in the classroom. There’s no reason whatever to have them. And enforce a strict moratorium on all social media for GCSE pupils, to see if six months without Facebook and Instagram lead to lower levels of anxiety. That would be an experiment worth watching. 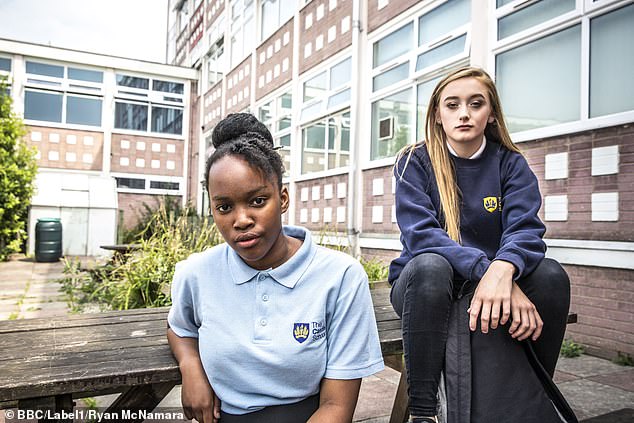 Pupils Chelsea and Chloe feature on the documentary, which includes their school Castle alongside two others in Gloucestershire

One excellent cure for nerves is an absorbing hobby, which explains the enduring appeal of Lego. It’s the perfect therapy, occupying hands and minds.

Nothing dispels worry better than a box of bricks — though, as Lego Masters (C4) emphasised, the toy now features dozens of other building materials, including countless little figures in colourful costumes.

Watching eight duos compete to complete Lego challenges against the clock is less restful, especially with presenter Melvin Odoom striving to stay on the brink of perpetual hilarity.

Comedian Rob Beckett joined the judges and told us at least four times he likes moving components — he probably couldn’t think of anything else to say.

It was quite good fun, though, especially when Melvin tested how well the models stood up to a battering. And nobody checked a mobile phone once.