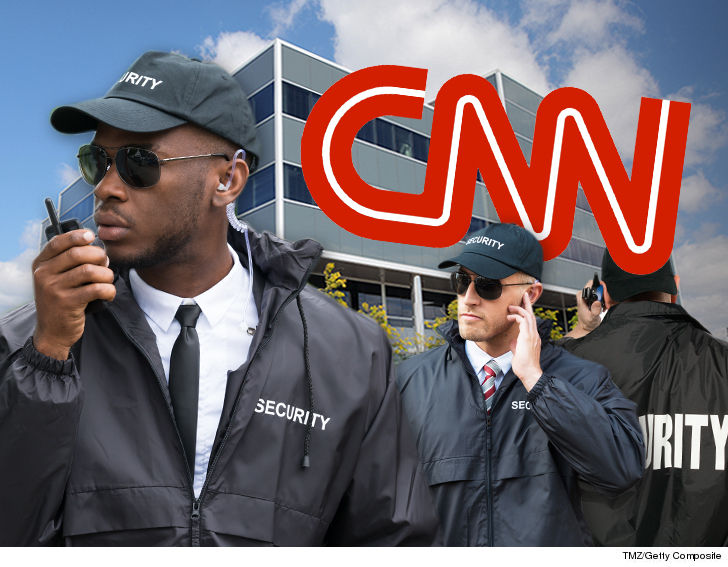 President Trump‘s relentless attacks on CNN ﻿have forced the network to take extreme measures — offering armed security to on-air talent who have reason to fear for their safety.

Network sources tell TMZ … CNN brass offered reporters and anchors who have been targets of President Trump around-the-clock protection. We’re told the logic is simple … there are Trump fanatics who believe the President when he calls the media and certain reporters “the enemy of the people,” and the fear is that they will take violent action.

We’re told CNN has told the targeted employees they can choose the level of protection they want, ranging from round-the-clock armed guards to more limited security, such as following the personality to and from work.

Trump has repeatedly attacked Don Lemon … and it doesn’t seem like a coincidence a self-proclaimed white nationalist Trump supporter threatened to kill him.

More recently … a 39-year-old Arkansas man was busted Tuesday for making more than 40 calls to CNN that included death threats aimed at Lemon.

TMZ broke the story … April Ryan — a White House correspondent with Urban Radio Networks and well-known CNN contributor — now has protection after receiving threats over the last few months … threats which sure seem related to Trump’s venom toward her.

We don’t know if CNN White House Correspondent Jim Acosta has gotten security after his explosive showdown with the President … but it seems pretty obvious CNN is concerned and taking appropriate steps to protect him.