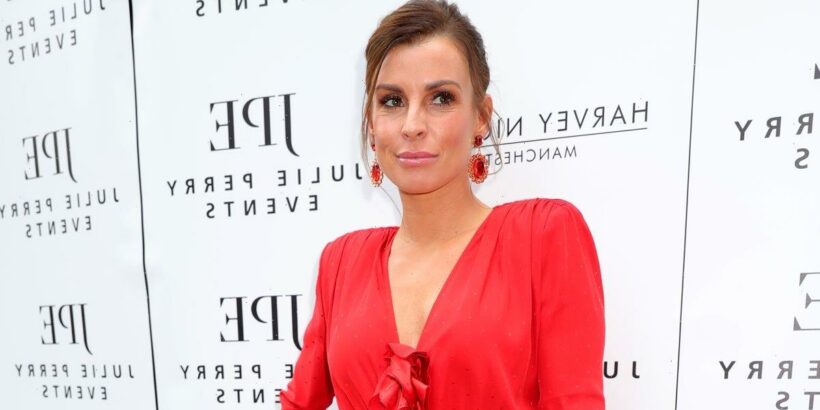 Coleen Rooney has shared an inside look at her incredible and extravagant Christmas decorations this year.

The mum-of-four has so far kept the extent of her plans under wraps, but debuted her festive decor with an image of her lavish tree, and it's clear the star has gone all-out.

Coleen, 35, who is married to footballer Wayne Rooney and recently enjoyed a five-star hotel stay with her husband, revealed the stunning tree on her Instagram Stories.

The statement decoration was decked head to toe in a mixture of twigs, sparkling dried grasses, painted white and brown pine cones, and various baubles and stars packed into every square inch.

If fans looked closely at the image, they could also spy a cute white owl decoration nestled near the top of the display.

In the background, Coleen gave a glimpse at her home too, which included a giant rectangle mirror and a number of pillar candles and silver holders.

“Thank you @florence.events.decor for doing my tree so last minute!” Coleen praised.

“Love it. And thank you for my mince pies,” the star added alongside a kiss emoji.

Earlier this week, the social media personality took her children for a themed Christmas photoshoot with a photographer called Grace Kellie.

The snaps saw Coleen's sons Kai, 12, Klay, eight, Kit, five, and Cass, three enjoying a hilarious day of posing in their red pyjamas next to a mystery man dressed up in a Grinch costume.

The background featured garlands, wreaths and picture frames all in a wintry colour scheme for the wonderful family memories.

Some fans were convinced the Grinch character was secretly being acted by the boys' dad Wayne.

"Please tell me that’s Wayne fab photos x," one person posted next to a laughing emoji.

While another follower replied: "You read my mind!"

"Now is that Wayne, super cute," a third fan posted.

For all your latest updates on Coleen Rooney and other stars, sign up to OK!'s daily newsletter.