The Handmaid’s Tale has had its share of guest stars, from the unexpected Oprah Winfrey cameo last week to Margaret Atwood herself in Season 1. But from even before the season debuted, Hulu has been promoting the arrival of Bradley Whitford (Get Out, The West Wing) as a "mysterious Commander" who was "eccentric" and "the architect of Gilead’s economy." Sounds like a true believer and someone you’d expect to hate. Instead, he was nothing like anyone thought. Who is Commander Lawrence on The Handmaid’s Tale? Warning: Spoilers for The Handmaid’s Tale Season 2 follow.

Emily’s question of why someone so highly respected would want her broken self for a handmaid was on point. She’s got a record a mile long. She lived in the Colonies. The last Commander to sleep with her fell over dead. She’s not an exactly a handmaid you show off to friends.

But then the one-eyed Martha opened the door, and suddenly things became a little clearer. Joseph Lawrence is a man who collects broken things. Despite being the architect for Gilead’s economy, he’s not all impressed with standing on ceremony. Personally, I barked with laughter watching him kick Lydia the hell out. 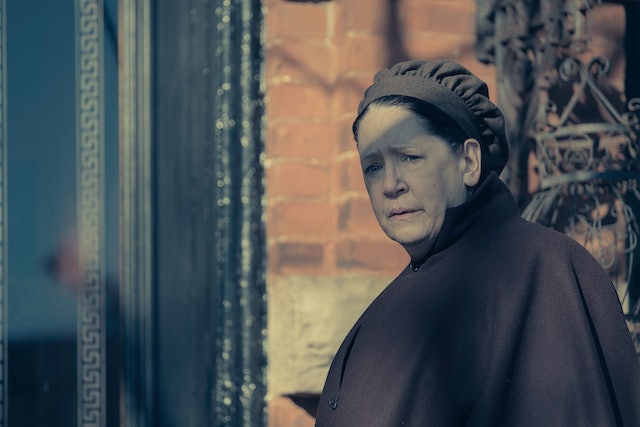 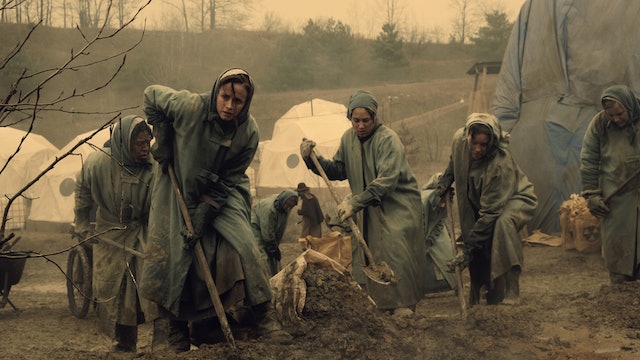 But why would a man who created the Colonies bring aboard a handmaid who has been out there? Lawrence has done his homework on Emily. He knows nearly everything about her. He knows where she lived (Montana), and she was a college professor (though not what subject). More importantly, he knows she was married to a woman who escaped to Canada with their son, she had an affair with a Martha, and what the punishment was.

His conversation with Emily at the dinner table over beers doesn’t give an answer one way or another. Did he take her on as some sort of weird punishment for himself? Did he ask for her because did this? If his Wife is telling the truth (and I believe her) he is responsible for creating a monster like Emily, who willingly poisoned a Wife out in the Colonies as retribution for what Gilead does every day. Is this reaping what he sowed?

Obviously, with a Wife like his, there will be no Ceremonies. She would never stand for it. Perhaps he’s brought Emily here to protect her, to keep her safe from any more harm the country her created could do to her.

Or does Lawrence have more horrors in store for Emily? Next week’s finale could get very interesting.