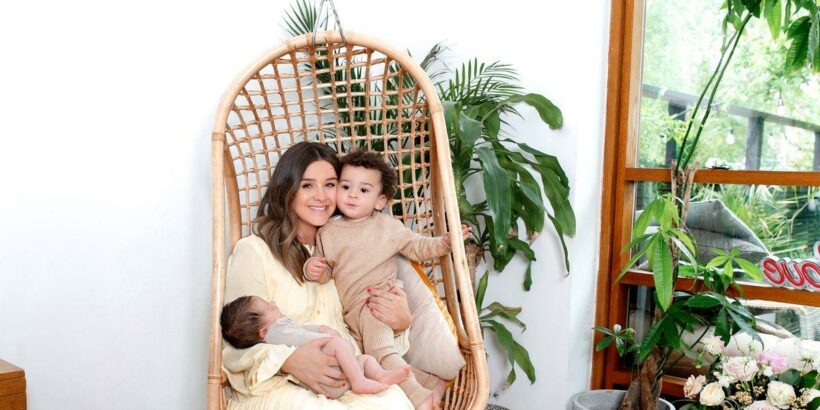 Brooke Vincent has paid a sweet tribute to her sons by getting a tattoo on her wrist.

The black inking reads: “8:14”, which is the exact time that both her newborn son Monroe and his big brother Mexx, 18 months, were born.

Taking to Instagram to share a black and white snap of her new body art, the Coronation Street actress wrote: “The Time My Life Changed Forever”.

Brooke’s Corrie co-stars were quick to comment on the new inking, with her cousin Ellie Leach, who plays Faye Windass, writing: “Love it” alongside a heart emoji. The mum of two shares Mexx and Monroe with her partner, Sheffield United footballer Kean Bryan, 24.

Brooke introduced her adorable newborn son Monroe in an exclusive OK! shoot earlier this week, where she opened up on her "scary" and "complicated" labour. The star, who turns 29 this week, told OK!: “After my caesarean with Mexx I didn’t really rest and it led to me getting a keloid scar.

“Because of this and my previous scar tissue, they found it hard to get him out and it took them a while.

“There was something wrong, but Kean was amazing and kept telling me: ‘It’s okay,’ and was trying to distract me from what was going on.” She continued: “At one point they used forceps and I was thinking, “Forceps for a C-section?”

“It was so surreal. When he came out he swallowed some fluid so they were worried about his breathing.

“They had to take him off straight away to check him over, so I didn’t hold him for an hour. Thankfully he was okay and I finally got to hold him when I was in recovery.”

Brooke added of her partner Kean: “Giving birth is a really hard and daunting experience, but it’s also beautiful. When I’m in a situation like that where I’m a bit scared, Kean is really good with me."