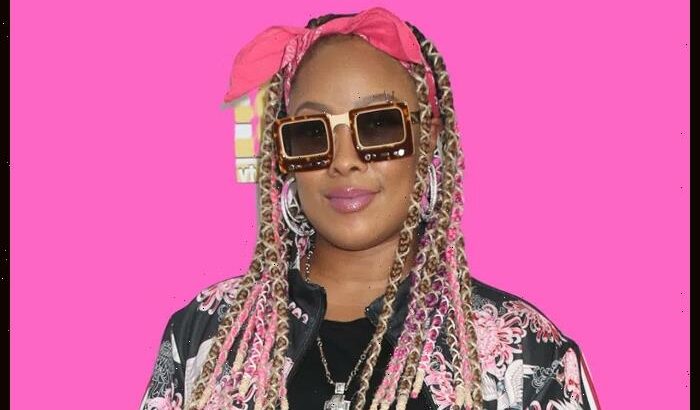 Da Brat tied the knot with her fiancée Judy Dupart on Tuesday, February 22.

The “Brat Loves Judy” costars got married in an ceremony held at the Horse Mansion in Fairburn, Georgia, that was attended by one hundred guests, according to People.

“Everything about her made me want her to be mine forever,” Da Brat told the publication. “And I felt like I knew it not much longer than from the day we met.”

“We’ve been calling each other twin flames for a while. So this date, 2/22/22, is a significant event. We just didn’t want to miss it because it comes once in a lifetime,” Dupart added. “It’s relevant. It’s just real significant to our relationship. It signifies angel numbers, and it also is reminiscent of twin flames.”

The couple arrived to their wedding in horse-drawn carriages, wearing dresses designed by Esé Azénabor. Jermaine Dupri escorted Brat down the aisle, while Dupart’s brother Damon Dupart Sr. walked her down the aisle.

Da Brat and Dupart also posted pictures of the big day on Instagram, with the caption, “Yesterday was a DREAM COME TRUE . We OFFICIALLY are BOTH Mrs. Harris-Dupart. Being surrounded by our closest family and friends we celebrated our LOVE STORY . WE IZ MARRIED NAH.”