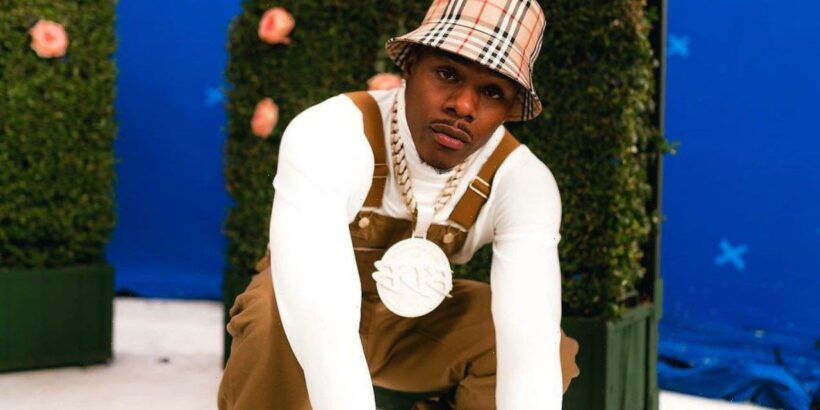 In his apology note, the ‘Rockstar’ hitmaker insists that he has ‘no intentions on offending anybody’ after making ‘offensive’ comments during his Sunday performance.

AceShowbiz –DaBaby is showing remorse after making some “insensitive” HIV/AIDS comments and homophobic rant at the Rolling Loud festival in Miami. Taking to his Twitter account on Tuesday, July 27, the “Rockstar” hitmaker issued an apology to his fans.

“Anybody who done ever been effected by AIDS/HIV y’all got the right to be upset, what I said was insensitive even though I have no intentions on offending anybody. So my apologies,” the 29-year-old rapper penned. Of his homophobic rant, in the meantime, he said, “But the LGBT community… I ain’t trippin on y’all, do you. y’all business is y’all business.” 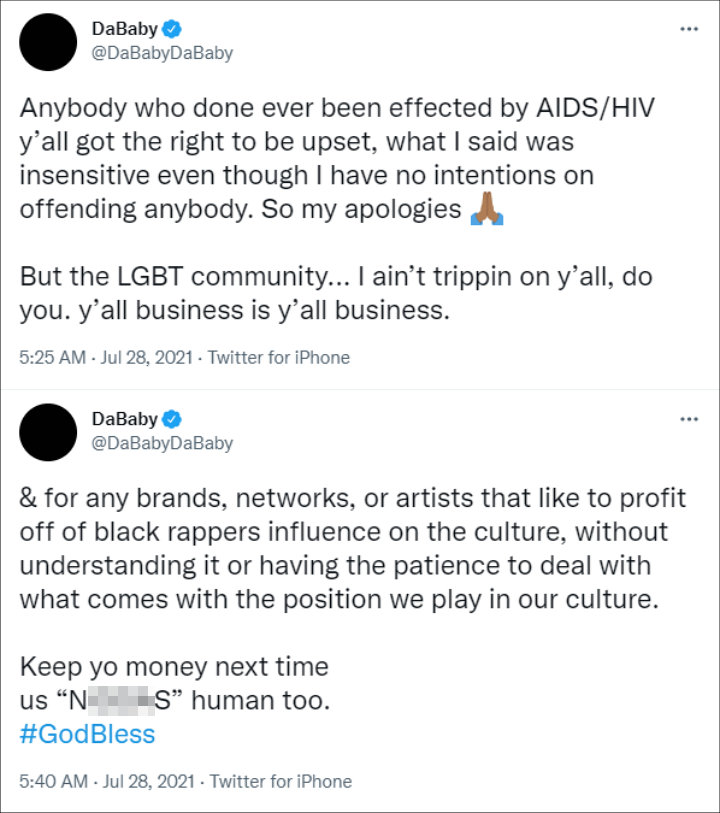 DaBaby issued an apology for his offensive comments during his Sunday performance.

DaBaby continued in a separate Twitter post, “[and] for any brands, networks, or artists that like to profit off of black rappers influence on the culture, without understanding it or having the patience to deal with what comes with the position we play in our culture. Keep yo money next time.” He then pointed out, “Us ‘N***AS’ human too. #GodBless.”

In a follow-up tweet, DaBaby, whose real name is Jonathan Kirk, wrote, “Other than that y’all cheer the f**k up & be proud of who you are cuz you can’t make me feel less of myself.” Previously, the “Suge” spitter also stated, “I tell fans to put a cellphone light in the air y’all start a million man March. I told you y’all digested that wrong Man shrugging but I ain’t gone lie I’m impressed. Now show this same amount of support when a racist cop kill one of our black a**…YA NOT.” 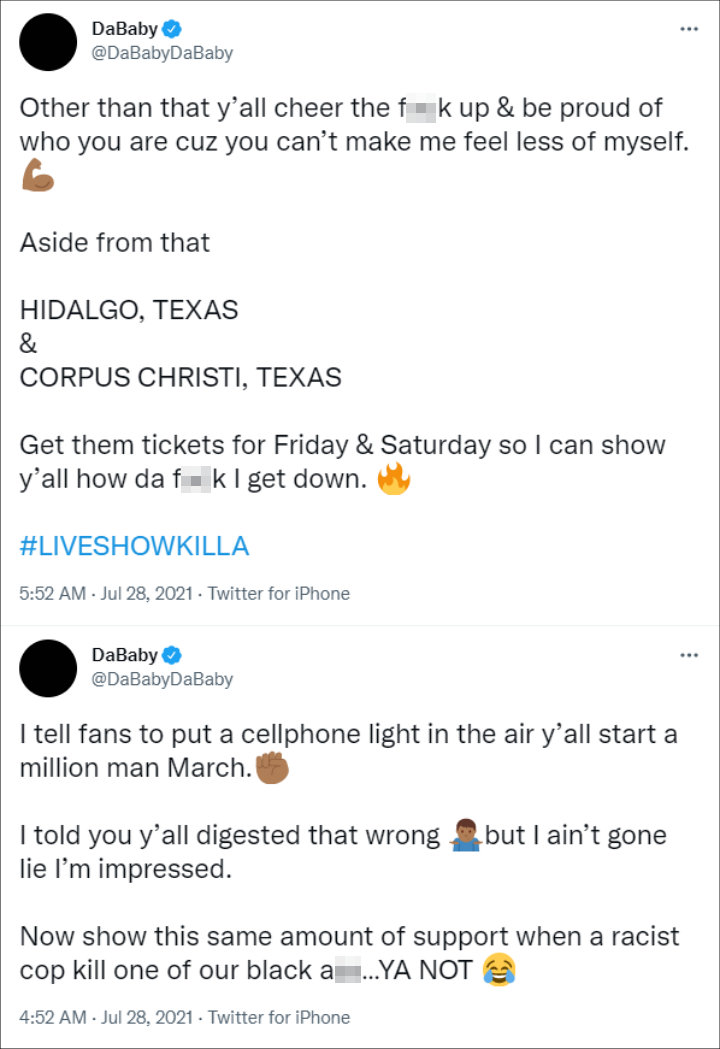 DaBaby landed in hot water after making offensive comments during his set on Sunday, July 25. At the time, he said, “If you didn’t show up today with HIV, AIDS, or any of them deadly sexually transmitted diseases, that’ll make you die in two to three weeks, then put your cellphone lighter up… Fellas, if you ain’t sucking d**k in the parking lot, put your cellphone lighter up.”

The comments caused an uproar, in the wake of which the rapper took to Instagram Live to claim that straight and gay fans alike enjoyed the show, adding that people shouldn’t criticize if they weren’t in attendance. “I wasn’t going on a rant. That’s called a call to action. That’s what that’s called, cause I’m a live performer,” he said. “I’m the best live performer.” 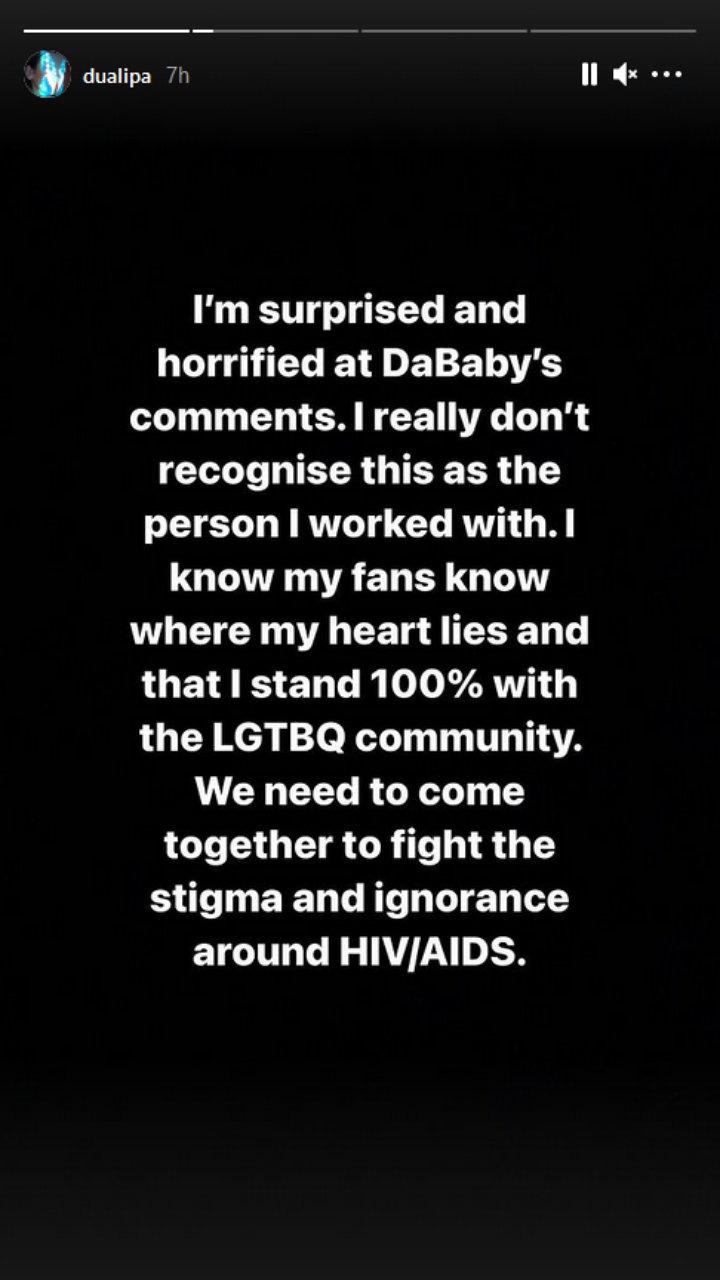 On Tuesday, July 27, Dua Lipa, who worked with DaBaby on her “Levitating” remix, addressed the comments on her Instagram Stories. “I’m surprised and horrified at DaBaby’s comments. I really don’t recognize this as the person I worked with. I know my fans know where my heart lies and that I stand 100% with the LGBTQ community. We need to come together to fight the stigma and ignorance around HIV/AIDS,” she stated.