Dan Walker, 43, and co-host Louise Minchin, 51, will be live from Westminster this morning to cover the reaction to the snap General Election that’s set for 12 December, the first Christmas election since 1923.

But as exciting as politics is, the BBC host did promise viewers that they would get to see “other stuff” too.

“We will do some other stuff too… we promise. See you in the morning #BBCbreakfast #generalelection2019,” he said.

We will do some other stuff too… we promise

“Just make sure you both have warm coats. Brrrr,” one user warned.

Another seemed fed up: “My sympathy, I can zone out until other news comes through, you have to report it all.”

A third made light of the turbulent situation Britain is in: “Can we have cat videos and dogs doing tricks too?” The comment was seconded by another user.

But others weren’t too happy with the presenters making the trip to Parliament.

One commented: “Is it absolutely necessary to be broadcasting outside parliament? The only place broadcasters seem happy for chanting and heckling to interfere with proper discussion.” 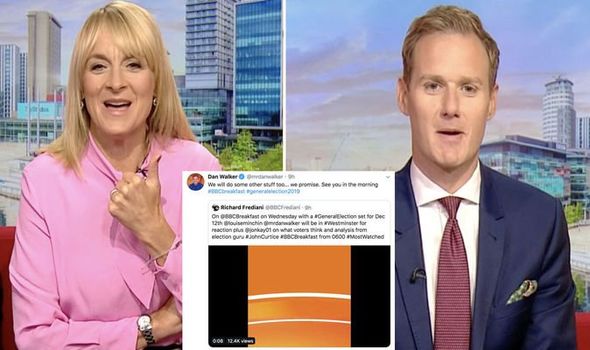 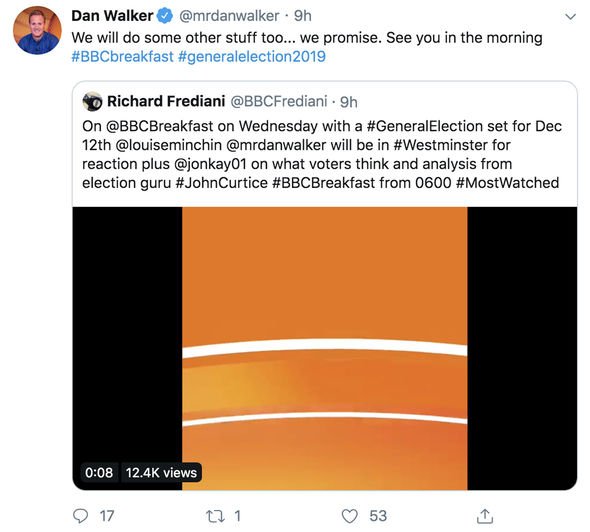 “I presume that really annoying bloke who shouts, unintelligibly, will be there too making it impossible to concentrate on what is being reported.

“You have studios, we probably pay for them, why not use them?” Another retorted.

Dan has been keeping his Twitter followers up to date with the latest news of the General Election, Brexit and what’s going on in Parliament.

So much so that one user said they were “turning BBC Breakfast off” until it was all over with.

The BBC host came under fire yesterday for his opinion on Britain’s current political situation.

He tweeted: “The same people who complained about pushing the Withdrawal Agreement through in 3 days are now trying to force through huge constitutional changes in just a few hours #generalelection2019.” 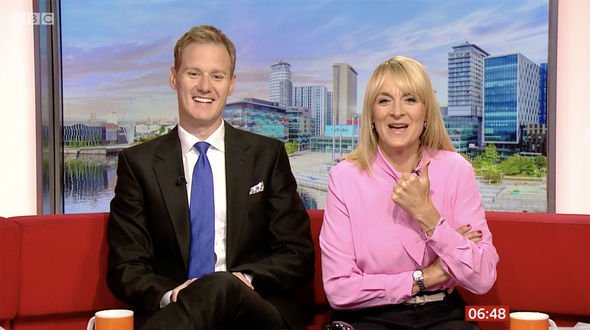 While many agreed with him, he was targeted by fans who opposed his views, provoking him to post another tweet to show his reasoning.

“For those shouting, this is a journalistic observation not a judgement. The point is that MPs on all sides are willing to push things through when it suits their agenda.”

Dan and Louise posted one of their traditional morning selfies, this time outside the Houses of Parliament before their stint in the cold weather away from their warm BBC Breakfast studio.

Viewers can expect to see the show back to normal again Thursday morning.