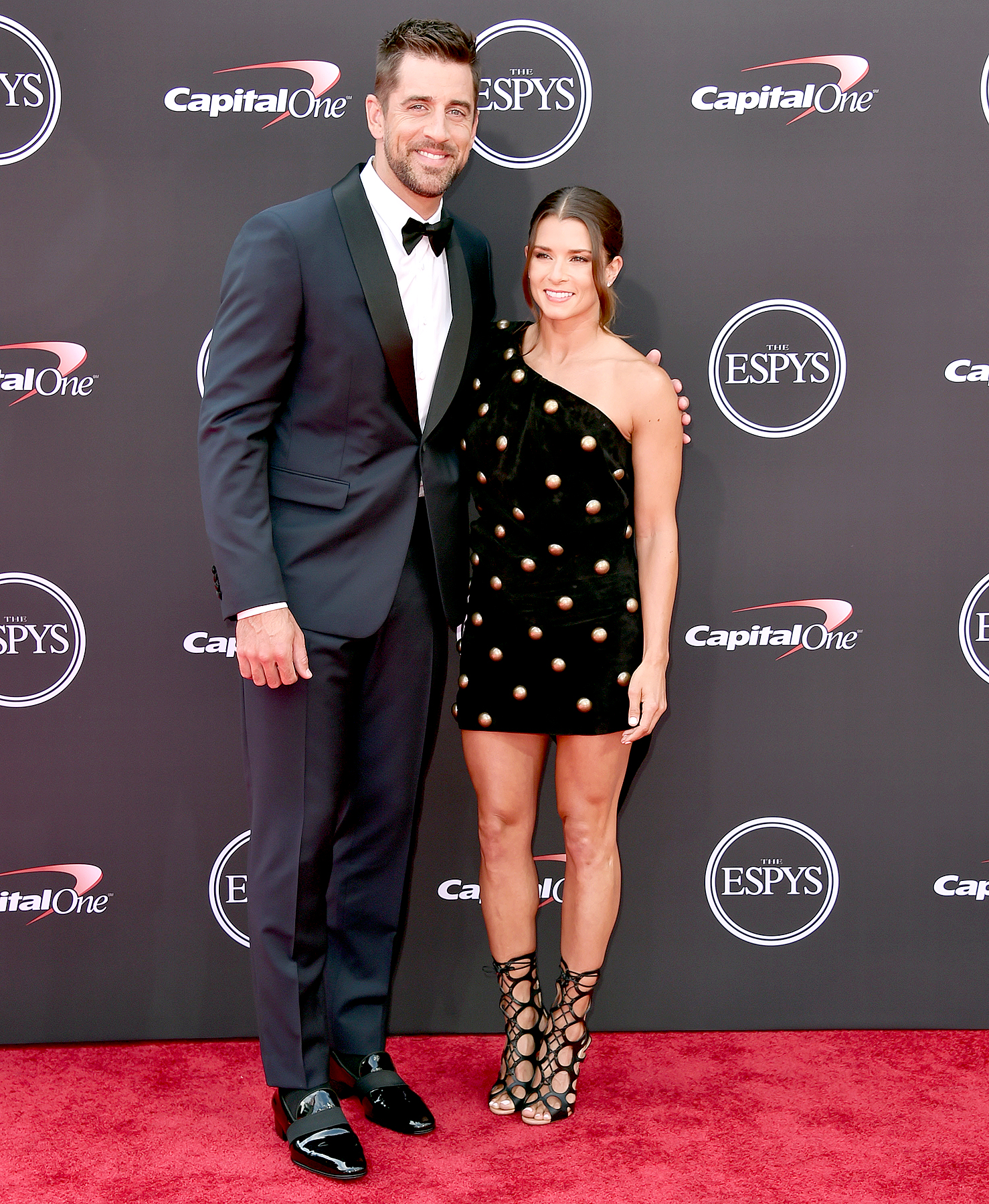 There they are! Danica Patrick and Aaron Rodgers turned heads while walking the 2018 ESPY Awards red carpet.

Patrick, 36, who is hosting the annual ceremony celebrating accomplishments in sports, stunned in a bejeweled dress and gladiator sandals. Meanwhile, Rodgers, 34, sported a classic black suit.

The duo looked so in love as they posed for photos before heading inside Microsoft Theater on Wednesday, July 18.

Patrick previously gushed about the Green Bay Packers quarterback during her Monday, July 16, visit to Jimmy Kimmel Live! The former race car driver affirmed that she will “absolutely not” make fun of her “hot” beau while hosting the ESPYs. 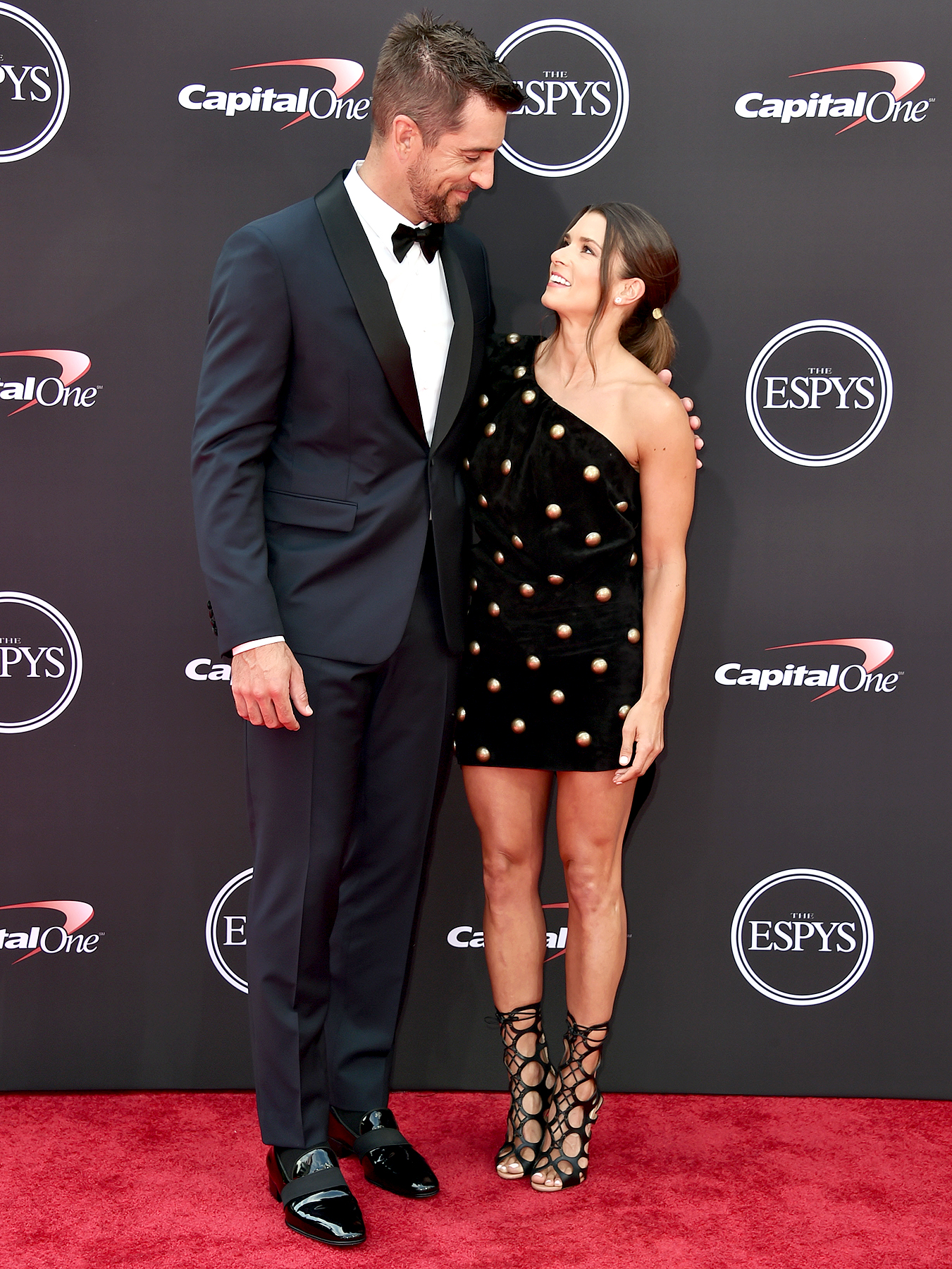 The couple were first spotted together on a dinner date in January. Patrick confirmed the relationship later that month and expressed her support for her beau’s team. “I told him a long time ago I’d root for him as a player. Now I am probably going to cheer for the whole team,” she told the Associated Press at the time. “Take out the word ‘probably.’ Now I’m going to cheer for the whole team.”

While speaking to Rachel Ray in April, the racer raved about the football player’s personality. “He’s funny. He’s very kind. He’s thoughtful,” she said at the time. “He’s super smart. And he’s really good at football.”