In a blog post published by The Trevor Project—a non-profit organization focused on suicide prevention efforts among lesbian, gay, bisexual, transgender, queer and questioning youth—Radcliffe writes that he felt “compelled to say something.”

“Transgender women are women,” he wrote in the blog post. “Any statement to the contrary erases the identity and dignity of transgender people and goes against all advice given by professional health care associations who have far more expertise on this subject matter than either Jo or I.”

Radcliffe referenced statistics provided by the organization that state “78% of transgender and nonbinary youth reported being the subject of discrimination due to their gender identity.”

“It’s clear that we need to do more to support transgender and nonbinary people,” the actor wrote, “not invalidate their identities, and not cause further harm.”

On Saturday, Rowling shared an opinion article from a global health website titled “Creating a More Equal Post-Covid-19 World for People Who Menstruate” and shared her confusion with the phrase “people who menstruate.”

“I’m sure there used to be a word for those people. Someone help me out,” she wrote in one tweet. “Wumben? Wimpund? Woomud?”

In response, many followers and celebrities (including Sarah Paulsonand Jonathan Van Ness) on social media began calling her out for her tweets. In a follow-up tweet, the author wrote, “If sex isn’t real, there’s no same-sex attraction. If sex isn’t real, the lived reality of women globally is erased. I know and love trans people, but erasing the concept of sex removes the ability of many to meaningfully discuss their lives. It isn’t hate to speak the truth.”

“The idea that women like me, who’ve been empathetic to trans people for decades, feeling kinship because they’re vulnerable in the same way as women – ie, to male violence – ‘hate’ trans people because they think sex is real and has lived consequences – is a nonsense,” she continued in another series of tweets. “I respect every trans person’s right to live any way that feels authentic and comfortable to them. I’d march with you if you were discriminated against on the basis of being trans. At the same time, my life has been shaped by being female. I do not believe it’s hateful to say so.”

In Radcliffe’s blog post, the former Harry Potter alum added that he was still “learning how to be a better ally,” before sharing resources for people who want to learn more about transgender and nonbinary identities.

The 30-year-old actor then went on to address fans of the fantasy novels who expressed their disappointment on social media following Rowling’s comments.

“To all the people who now feel that their experience of the books has been tarnished or diminished, I am deeply sorry for the pain these comments have caused you,” he wrote. “I really hope that you don’t entirely lose what was valuable in these stories to you.” 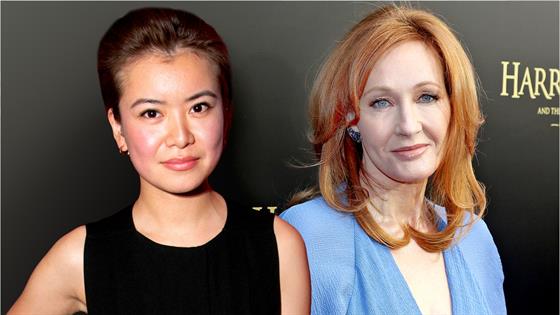 “If these books taught you that love is the strongest force in the universe, capable of overcoming anything; if they taught you that strength is found in diversity, and that dogmatic ideas of pureness lead to the oppression of vulnerable groups; if you believe that a particular character is trans, nonbinary, or gender fluid, or that they are gay or bisexual; if you found anything in these stories that resonated with you and helped you at any time in your life—then that is between you and the book that you read, and it is sacred,” he concluded his essay.

“And in my opinion nobody can touch that. It means to you what it means to you and I hope that these comments will not taint that too much.”