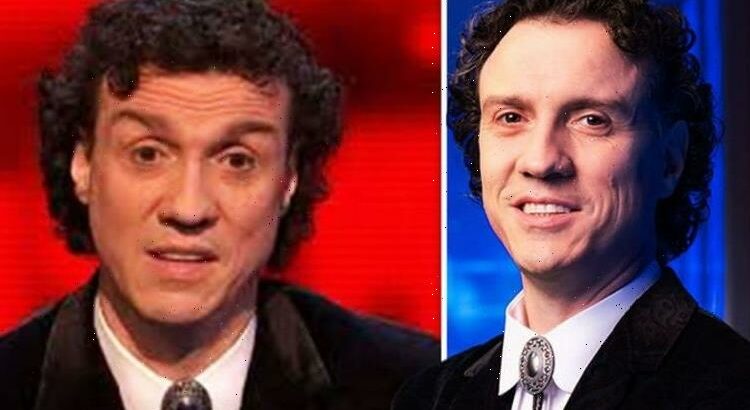 ITV’s newest Chaser Darragh Ennis, 47, is reportedly still working a nine to five job despite landing himself a role on the hit quiz show last year. The Irish native made his debut on The Chase last November, but seemingly has held onto his full-time job as a scientist working in a laboratory.

My actual job is a scientist, I work Monday to Friday, 9-5

The ITV programme was up against Michael McIntyre’s The Wheel, In For A Penny, and Stephen Mulhern’s series Celebrity Catchphrase.

Attending the glitzy event in the nation’s capital, Darragh looked smart in a suit as he headed to his first awards ceremony.

With Chasers Shaun Wallace, Jenny Ryan, and Anne Hegerty by his side, the postdoctoral researcher at Oxford University celebrated the show’s win.

Attending the awards at the O2 Arena last night, the newest Chaser was overheard saying that he still spends time in the lab, according to The Sun.

Darragh said: “My actual job is a scientist, I work Monday to Friday, 9-5.

“I was in the lab yesterday,” he added.

Before joining the show 10 months ago, Darragh previously appeared as a contestant on the game show in 2017, where he put a huge £9,000 on the table.

Despite his impressive efforts, the star and his team took home only £1,575 each.

Within minutes of her taking to the stage to collect her award, her choice of outfit was mentioned within an article that highlighted the 15 most memorable moments from the evening.

Huffington Post shared a picture of the quizmaster’s outfit with the caption: “Extremely camp.”

Sharing the article on her page, she wrote: “The dress gets its own entry. Rightly so.”

While many praised her style, one commented: “Sorry Jennie Ridiculous Dress.”(sic)

“And my name,” Jenny cheekily chimed in.

The Chase star also shared a picture of herself posing with a fan on the red carpet.

Beat The Chasers continues tomorrow at 8.30pm on ITV.