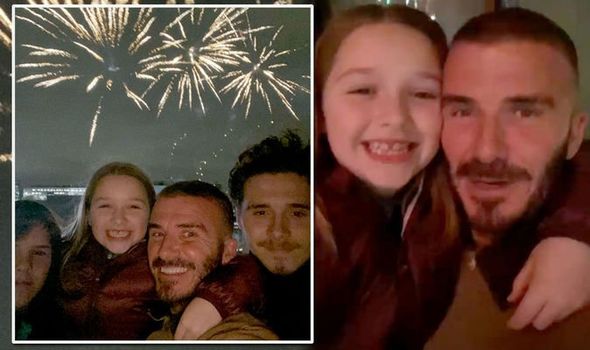 The former footballer and three of his four kids braved the cold UK temperatures to watch the annual 5th of November event after spending the half term in sunny Los Angles.

The proud dad shared pictures and video footage from their night out with his 59 million Instagram followers and revealed that his wife Victoria, 45, and 17-year-old son Romeo had not attended.

He captioned a snap of the foursome: “Fun night of fireworks” .. We miss you RoRo @romeobeckham & mummy @victoriabeckham”.

One picture shows David and his children with sparkly fireworks exploding in the background over the London skyline.

In a video posted on his Instagram Stories David introduces his family as they watch the display near the old BBC Television Centre which has now been converted into apartments.

Revealing the nicknames for his children in the clip, he says: “What are we doing Harpy?”, to which his daughter replies, “We are watching the fireworks”.

David then pans the camera round to show his sons, adding: “Hey Buzz, Cruzy”.

READ MORE: David Beckham gets cosy in the hot tub with Courteney Cox for TV project 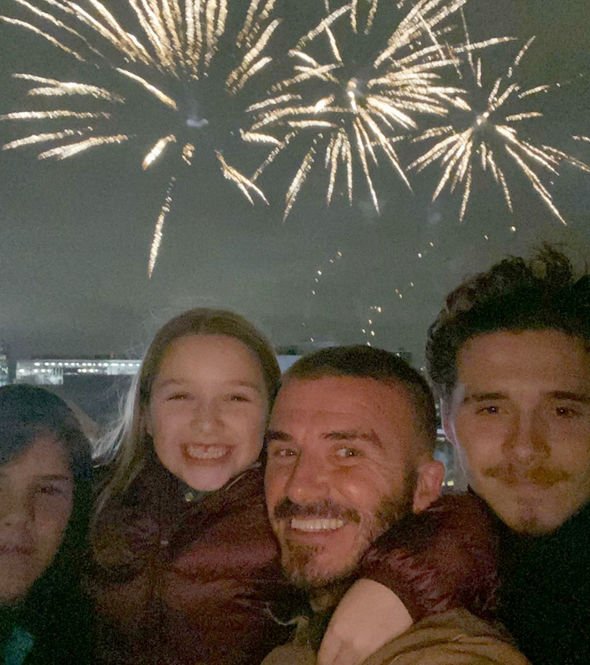 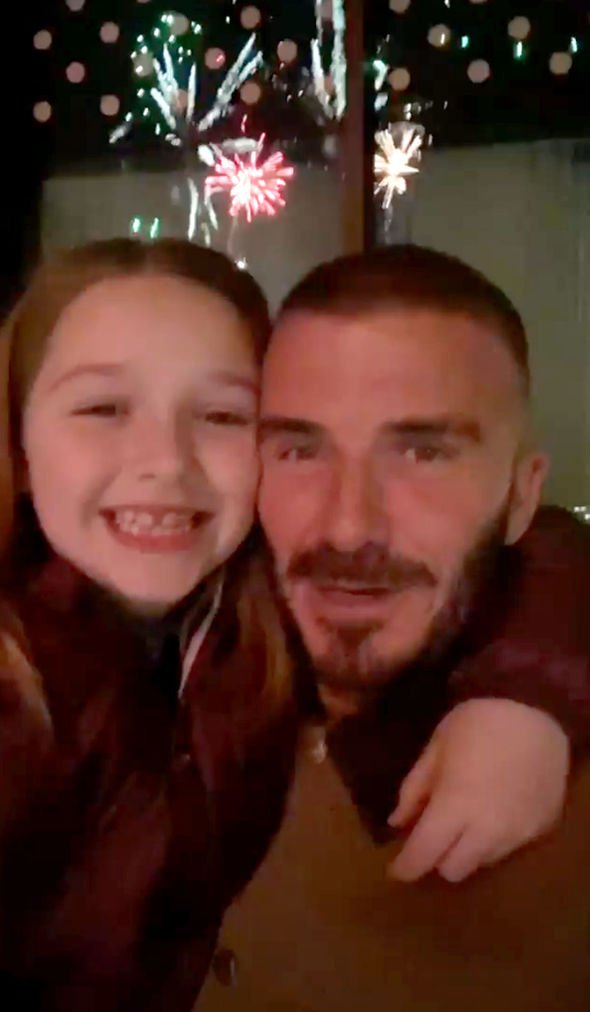 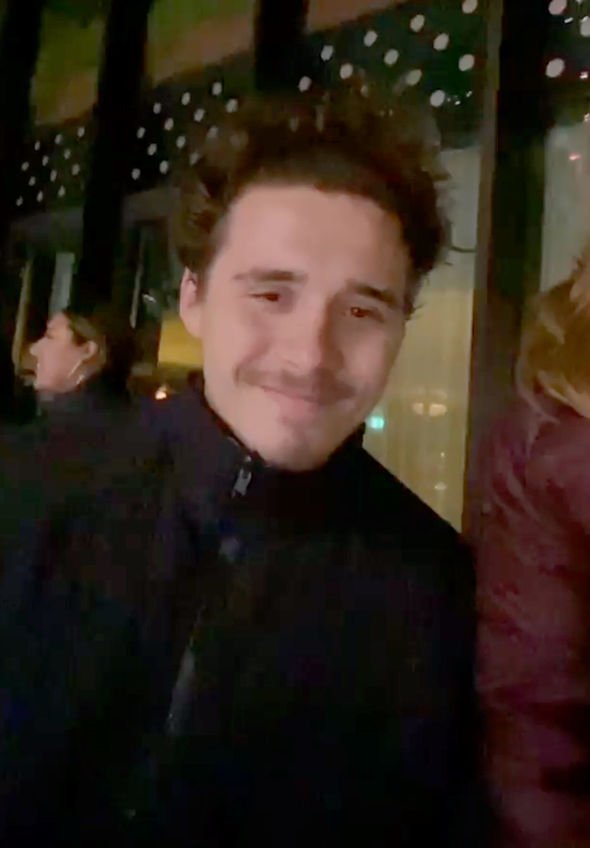 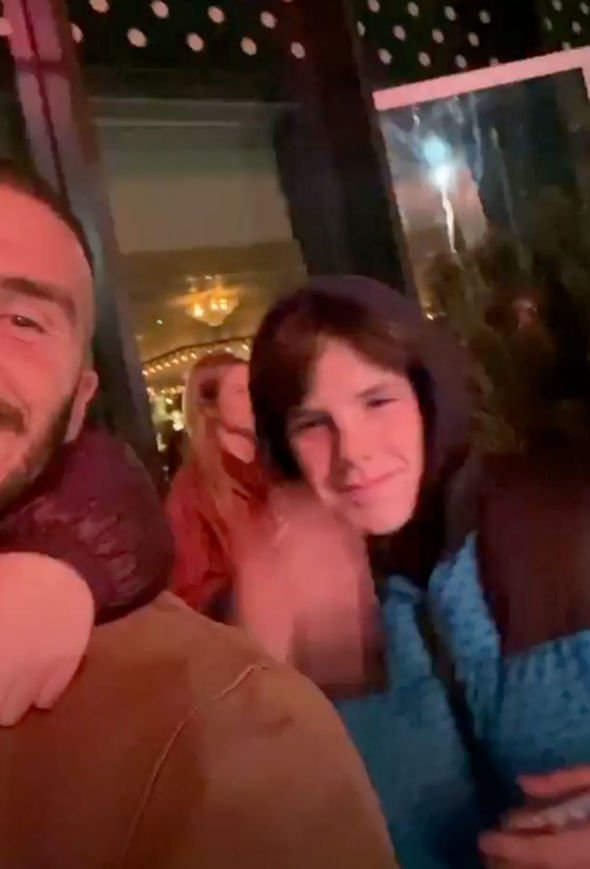 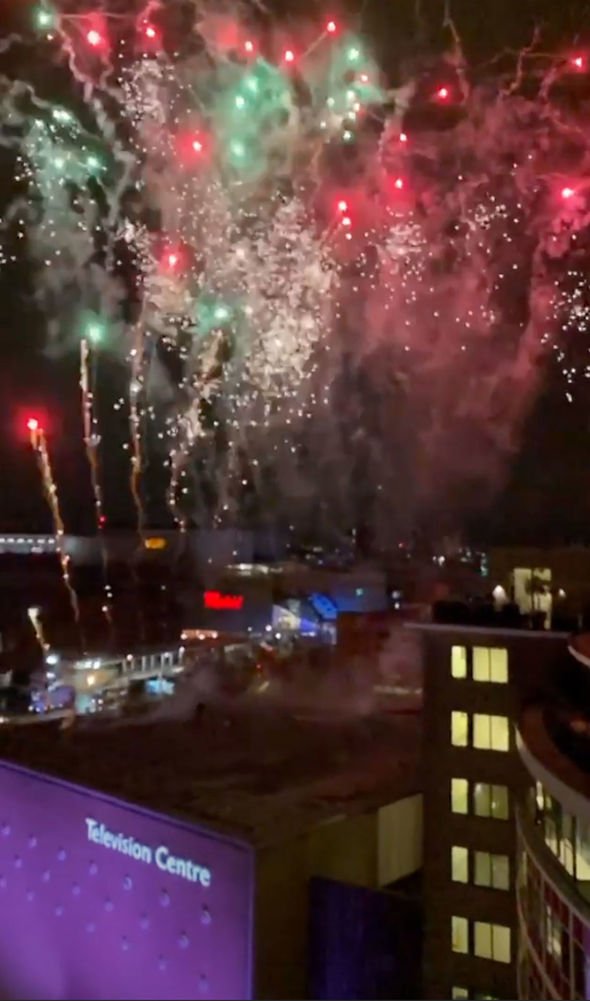 The Beckham family have just returned to the UK after a sun-soaked vacation in Los Angeles which saw them celebrate Halloween in America.

David, Brooklyn, Romeo and Harper dressed up for the occasion and enjoyed a night of trick-or-treating with David revealing the highlight of the night came when pop star Justin Bieber and his wife Hailey gave Harper – who was dressed as singer Billy Eilish – a snow cone. 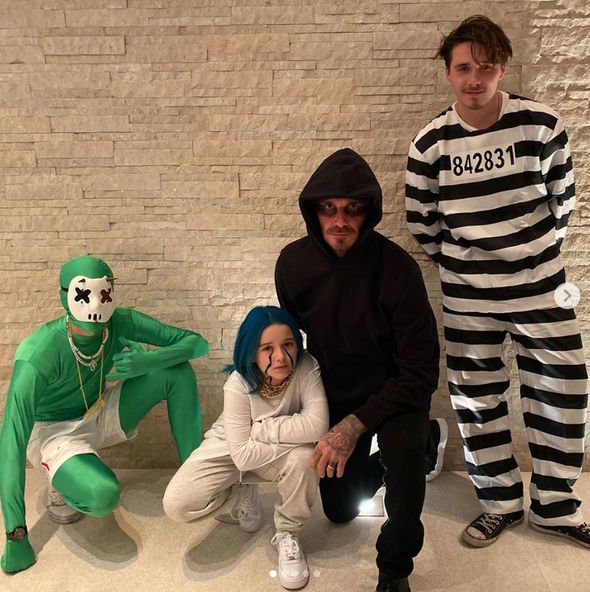 During their trip the former LA Galaxy star also took his kids to the club’s home ground to see a statue in his honour for the first time.

They pair sent fans wild with a hot tub selfie which they snapped while recording the show.