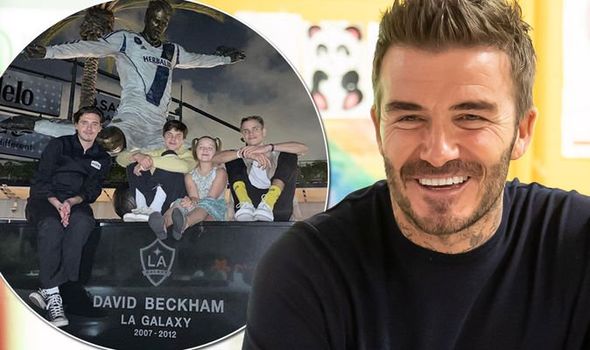 David Beckham, 44, spoke about a “very proud moment” this morning on Instagram.

The former footballer, who played for US team LA Galaxy from 2007 to 2012, took his four children to see a statue in his honour at the team’s football stadium for the very first time.

The sportsman, who is currently enjoying a half term holiday in Los Angeles with his wife Victoria, 45, and children Brooklyn, 20, Romeo, 17, Cruz, 14, and Harper, eight, made the “emotional” trip last night.

Sharing pictures with his 58.8 million followers on his grid and video footage on his Instagram Stories, David said: ”Very proud moment tonight taking the kiddies to see daddies statue for the first time…”

David and Victoria’s four kids can be seen sitting on the plinth of the statue in the pictures posted online.

The statue was unveiled in March this year at Galaxy’s home stadium, the Dignity Health Sports Park in Carson.

In the social media footage, which the proud dad captioned “emotional”, he could be heard asking his kids: ”What do you think?”, before adding: “Is my bum big?”

On learning that their names were visible on his football boots, the couple’s oldest children went in for a closer look. 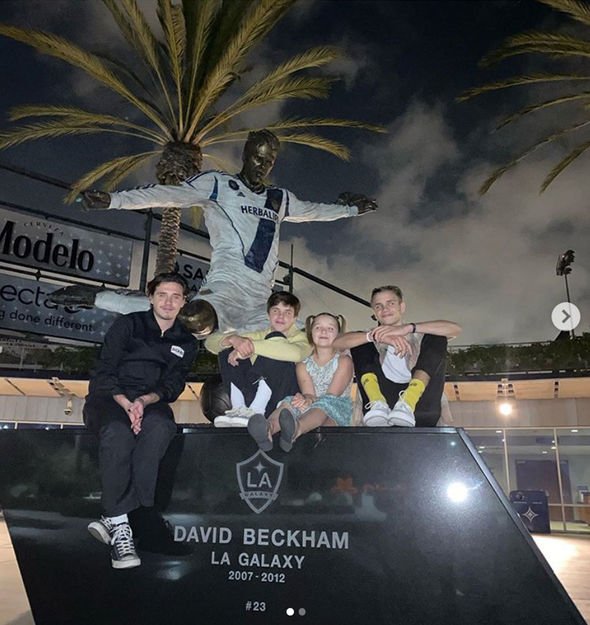 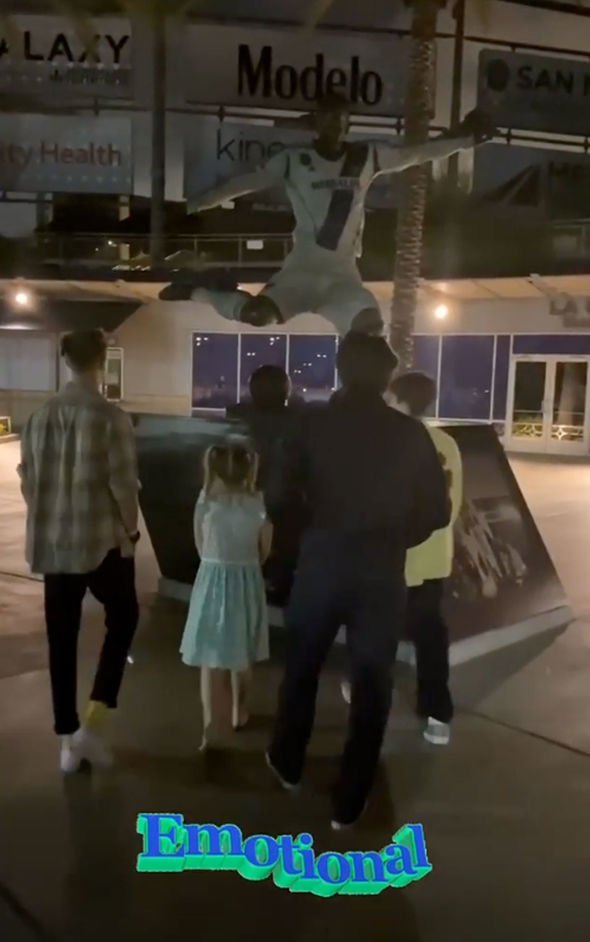 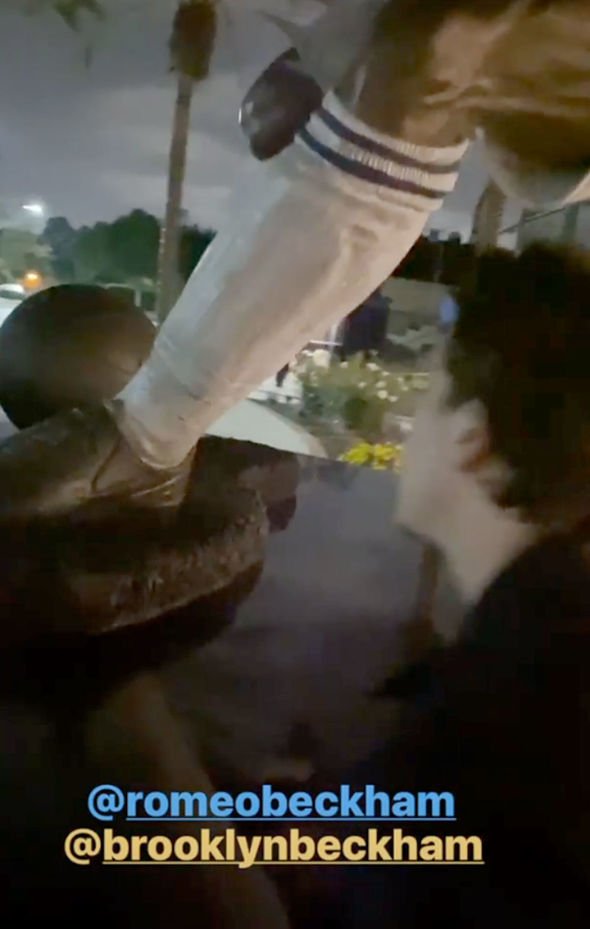 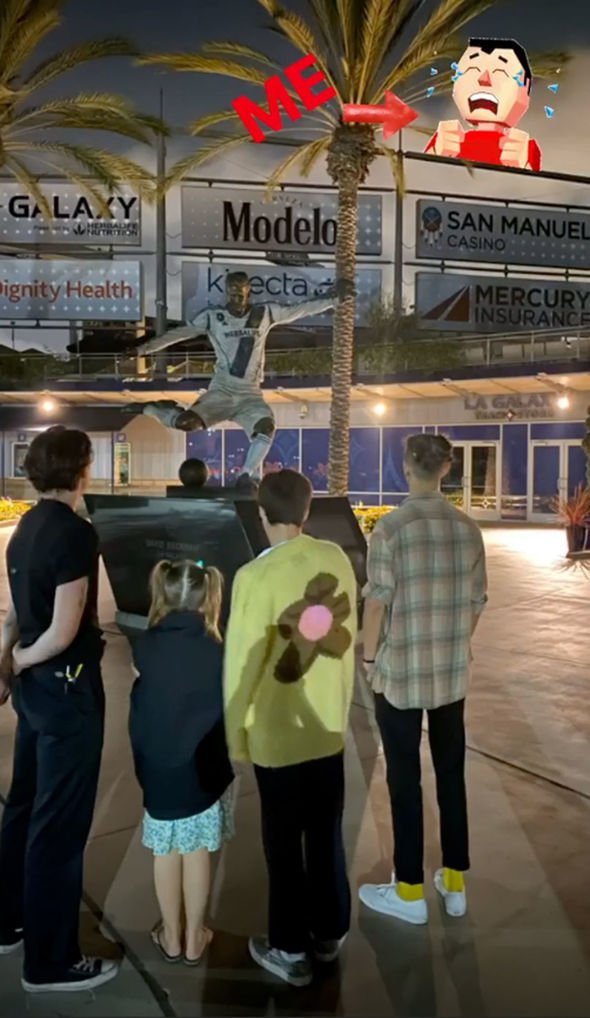 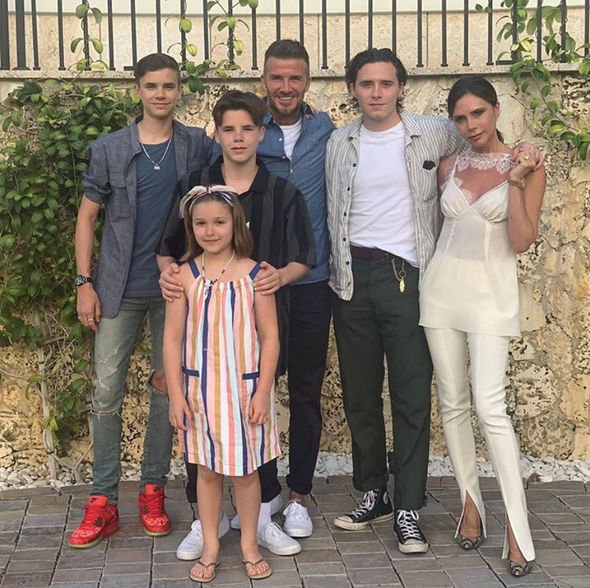 Earlier in the week, the retired footballer turned his attentions to acting and shared a picture from the set of American TV show Modern Family.

The sportsman will make an appearance in an upcoming episode of the comedy series along with Friends star Courteney Cox.

The 55-year-old actress sent fans wild yesterday when she shared a snap of the pair on her social media account in view of her 5.4 million followers.

A shirtless David and swimsuit-clad Courteney were seen in a hot tub along with the stars of the show, Eric Stonestreet, 48, and Jesse Tyler Ferguson, 43, who play Cameron Tucker and Mitchell Pritchett respectively.