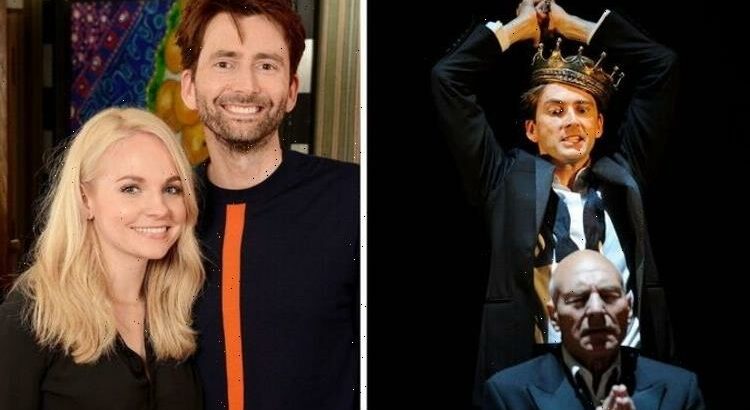 David Tennant on possible return to Doctor Who

Actress Georgia Tennant has admitted that understanding Shakespeare plays feels like “a skill I’ll never have” – but that didn’t stop her seeing husband David Tennant performing as Hamlet a jaw-dropping 27 times. While some might have seen the unusual move as excessive, the two lovebirds were at the start of a 14-year romance.

Hamlet on repeat is a bit much. I put the work in!

Doctor Who star David had been playing the role at Stratford-Upon-Avon’s Courtyard Theatre for a several-month run back in 2008.

The 37-year-old actress later joked that she had repeatedly taken her seat in the audience “slightly against my will”.

While it might at first sight have seemed that she was obsessed with the play, she later admitted that she simply didn’t know where else to travel.

“I’d just learnt to drive, and the only place I knew how to drive to was to drive to Stratford,” she revealed.

“I would do it twice a week,” she elaborated on the National Treasures podcast with hosts Laura Lexx and Will Duggan.

“I couldn’t really drive anywhere else. I just knew that road.

“Then I would be forced to go and watch Shakespeare plays,” she joked of the result.

However, when watching her boyfriend recite the same lines on repeat got a little too irksome, she took a break by getting to know the city.

Among the town’s historic buildings was the birthplace of Shakespeare himself.

Meanwhile Georgia would also attend ghost walks around the city to get her thrills.

However, it wasn’t all about art and culture for the actress, who has freely admitted that she “knows her limitations” and is often more likely to be found in a tea room than at a theatre or historical site.

The self-confessed foodie and coffee addict also loves the idea that Shakespeare’s former home can be found a stone’s throw from a Starbucks branch.

“I like history,” she noted, “but I also want a nice soy latte with caramel!”

Meanwhile the dedication to David’s craft paid off as, by 2011, the pair had decided to tie the knot – and their family has now expanded to include five children.

Georgia comes from an acting family, as her father Peter Davison, like her husband David, was formerly a Doctor Who star.

Then in 2008, Georgia herself entered the fold starring, bizarrely, as David’s child Jenny in the 2008 Doctor Who episode The Doctor’s Daughter.

As unusual a setting as that might have seemed for finding love, Georgia fell for him – and from there, her 27-show stint in the audience of Hamlet began.

Meanwhile, in spite of the many times she’d seen it enacted, she also confessed on the podcast: “I don’t understand Shakespeare. I’d like to, but for me it feels like a skill I’ll never have.”