Demi Lovato is focused on “healing” after her big breakup.

And thankfully it seems even Max Ehrich finally seems to be accepting the reality of their ended engagement and moving on, too!

In case you missed it, Max responded to very badly to the breakup — including largely denying it even happened! In a series of Instagram Story rants on Sunday, the soap opera star maintained the split was something he was made aware of via tabloids — and implied technically didn’t happen because she hadn’t personally broken up with him. Sources close to Demi vehemently denied all of this.

Despite all that nonsense, the Heart Attack singer decided to walk away with her head held up and look inward. Before posting some sexy, Confident-looking selfies (like the one above), she reposted an inspirational message to her account in the early hours of Monday morning, which read:

“I knew I was healing when… 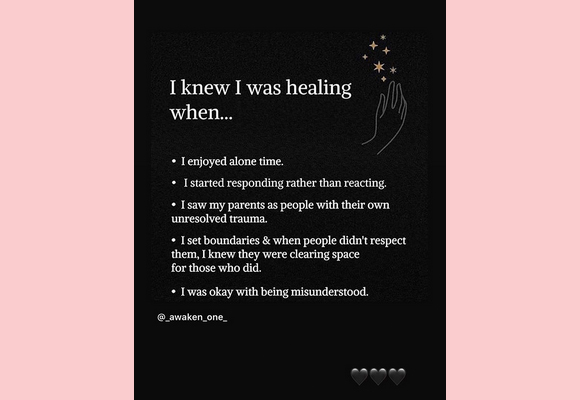 Seems like a nice general post about moving on — but also has some specific breakup stuff in there. Setting boundaries and “clearing space” by getting rid of people who “didn’t respect them”? Hmm.

Speaking of her ex-fiancé…

Max may be trying to move on to the next chapter, too! Over on his IG Story Monday, the 29-year-old penned a personal note which subtly hinted at closure — maybe the former couple had an early morning conversation sorting things out? Or maybe he just saw her post and finally got the message??

In any case, it seems like he may have finally gotten the hint that his engagement to the pop star is 100% over! He wrote:

“One chapter finally closed this am. And now I turn the page.

Focused on wellness, love, God, my family, friends, and my art. 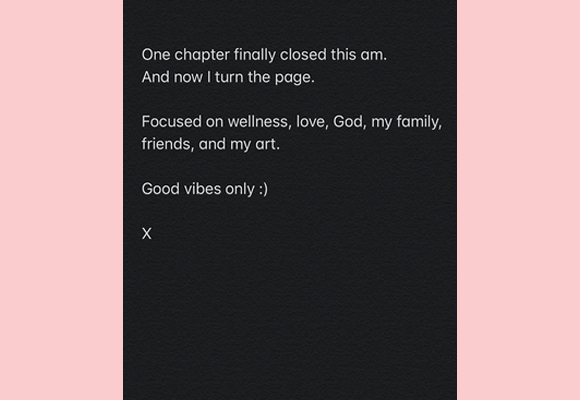 As we mentioned up top, the Under the Dome actor had been a lot less understanding about the split over the weekend. At the time, he wrote in more detail about his feelings for the songstress, applauded her singing skills, and more, posting:

“Please stop trying to ‘Thank you, next’ me.”

“For I’m just a human being who has to go to work tomorrow AM where there are families with kids relying on me. To this moment… we haven’t spoken over the phone… we haven’t even officially ended anything to each other, literally. I’m here in real time with y’all. I love Demetria and just want her to be healthy and safe.”

“If you’re reading this… I love you always… unconditionally… no matter what.”

“Demetria is THEE best female vocalist alive. And everyone should know it. She inspires me every day and is an INCREDIBLE human being. I know it’s not her writing these stories, it’s a machine. I love her unconditionally.”

Despite what the actor has been spilling on social media, sources close to the Disney Channel alum say it’s not exactly the full story, adding that she told him in no uncertain terms it was over! One insider spilled to E! News:

“Demi made Max aware that the relationship was over and it was going to come out in the press.”

“ is lying. Demi did tell him beforehand. is just trying to stay relevant. Her family thinks he is crazy and is so relieved she has taken this step.”

What do YOU think happened to get Max on board with the breakup?! Let us know your take in the comments (below)!!