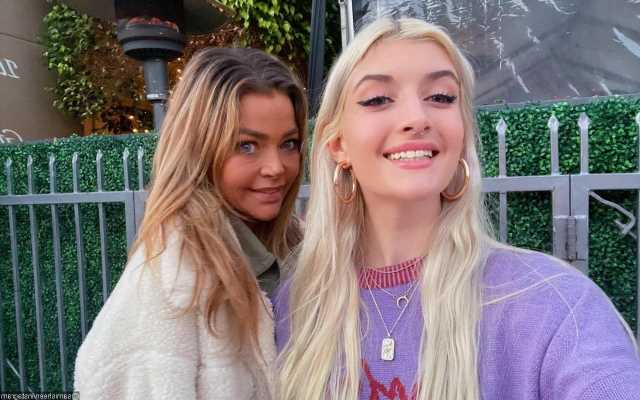 In a new interview on the Daily Pop, the 51-year-old actress talks about her misconception about the platform and shares if she’s interested in returning to ‘The Real Housewives of Beverly Hills’.

AceShowbiz –Denise Richards got candid about the social media double standards after she and daughter Sami joined OnlyFans. In a new interview, the actress addressed the backlash that her 18-year-old daughter faced after joining the subscription-based social platform in June.

“A lot of us have posted pictures of ourselves on Instagram in a bikini or something that might be perceived as risque,” she told Daily Pop on Monday, July 11. “And if my daughter chooses to post a picture of herself in a bathing suit on OnlyFans, why would she get backlash on that but not on Instagram?”

While her ex-husband Charlie Sheen claimed that he didn’t “condone” their daughter’s move to join the adult site, Denise was the opposite. Saying that the criticism was “very unfair,” “The Real Housewives of Beverly Hills” alum claimed that Sami should be “able to do what she wants to do.”

Denise and Charlie may have different opinions on Sami’s new venture on the platform, but the exes are always supportive of one another and parent without “judgement.” Denise, who also shares Lola with Charlie and adopted daughter Eloise, told Us Weekly magazine, “I’m always in a good place with him. I think it’s great to be able to support one another and to not have judgment of what something may or may not be.”

In the new interview, the 51-year-old also talked about her misconception about OnlyFans, noting that she “educated [herself] on what OnlyFans really was.” She went on to say, “Once I learned that this platform is actually really empowering for the creators to be their true, authentic self, I decided to join it, too.”

Shortly after Sami joined OnlyFans, Denise also signed up for the adult-only subscription platform and she finds the site “empowering.” She said, “There’s all different genres and all different people on OnlyFans, just like there are on Instagram and on Twitter and Facebook.”

Additionally, Denise shared if she’s interested in returning to “RHOBH”. “I actually really enjoyed my time on Housewives,” she shared. “It was really great getting to know the women and being able to have that connection. I’m still a fan, and you know, I never say never.”