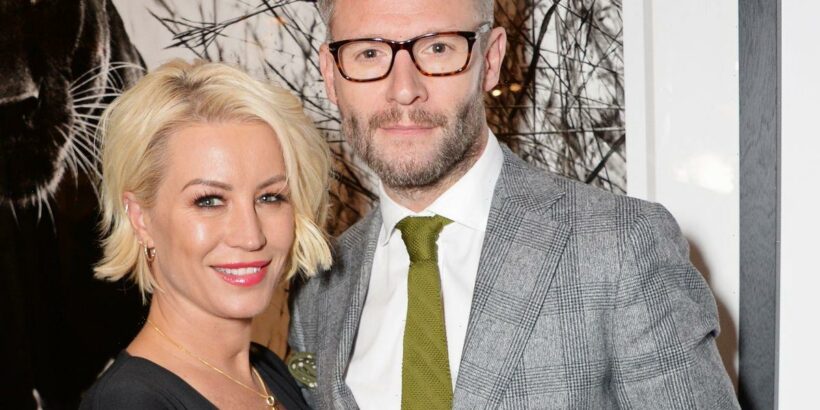 Denise Van Outen’s ex-fiancé Eddie Boxshall has issued a statement surrounding rumours surrounding his break up with the TV presenter came after he was unfaithful.

The 47 year old posted a photo of a white banner that said 'Don’t Believe Everything You Read’ in reference to reports that Denise called time on their engagement after discovering he had cheated on her.

Eddie disabled comments to the post and added a string of hashtags seemingly taking jabs at the rumours, such as #youdontknowme, #youdontknowthetruth and “chippaper”.

The commodities trader also urged followers to “be kind” following what has been an unsettling last few weeks for himself and ex partner Denise, who announced on social media they had separated nearly two weeks ago.

Denise, 47, previously wrote on Instagram: “Over the past couple of months, there has been much speculation regarding my relationship with Eddie. It saddens me to confirm that we are no longer a couple.

"I had to make the difficult decision not to continue in our relationship. I will always treasure the good times we spent together, and the memories made."

Denise and Eddie were in a relationship for seven years and the pair featured on Celebrity Gogglebox on numerous occasions.

Eddie lived with Denise and her 11 year old daughter Betsy in Essex during their time together, and is father to two older children from a previous relationship.

Despite never having been officially engaged to each other, the pair were due to get married next year after Denise confirmed their nuptial plans in May 2021.

"We’re not engaged but we are preparing to get married. It will definitely happen but we’re not in a rush," she told The Sun.

"We don’t want a small wedding. We want a big group of people and a big party with no restrictions."