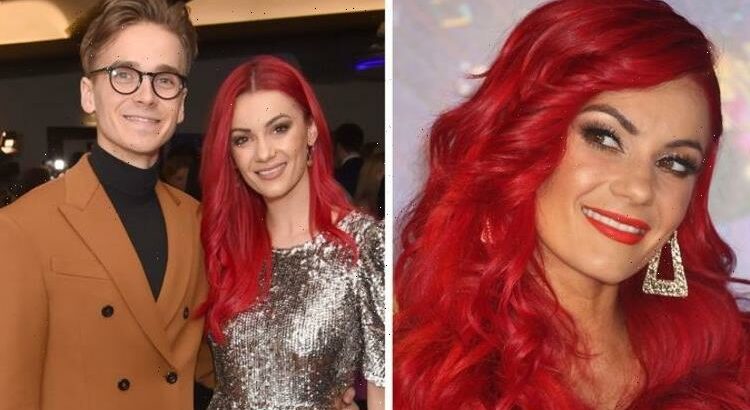 Joe Sugg tells Dianne Buswell ‘get out’ during music game

Dianne Buswell has been in a long-term relationship with YouTube personality Joe Sugg since 2018. And though the 32-year-old made it no secret that she’s open to the idea of starting a family with her beau, she was taken aback after using an Instagram filter that predicts the number of kids someone will have.

Dianne took to her Instagram Story on Wednesday to share a video of herself trying out the feature.

The Strictly Come Dancing pro could be seen waiting for the results to show before a message popped up, saying: “You will have five children”.

Dianne appeared stunned by the outcome as she looked around the room while barely managing to crack a smile.

In September, the Aussie native revealed she was “getting broody” after becoming an aunt twice in one week.

Dianne gushed how she’d been overcome with emotions after being introduced to two new additions to her family.

It appeared Dianne herself had caught baby fever during this time.

When a fan asked her whether she was “getting broody with all these babies arriving” in a Q&A session that same month, the redhead replied with a telling answer.

“I have to say yes hahah I just love kids so much!” she said. (sic)

“How can I not seeing this little angel.”

In August, Dianne was asked whether she was looking forward to starting a family in the near future, prompting her to write, “I do”.

The couple took their relationship to the next level after buying their first home together in February 2021.

Sharing the news in view of his 5.7 million followers, the social media star shared a photo of the newly-purchased home as he piggybacked Dianne in their spacious backyard.

“No emerging daffodils were harmed in the taking of this photograph.”

Dianne posted the same snap with the caption: “New adventures”.

Fans had taken to the comment section to congratulate the doting pair, with @joygrimwade writing: “So happy for you two.”

The Instagram user @alino.unlal71 added: “Might just cry at this omg sooo happy for u both.” (sic)

In a November interview with Women’s Health magazine, Dianne touched on the couple’s plans to start a family, insisting: “I’d love to have a family one day, and I know Joe would love a family too.

“That would be our dream one day.”