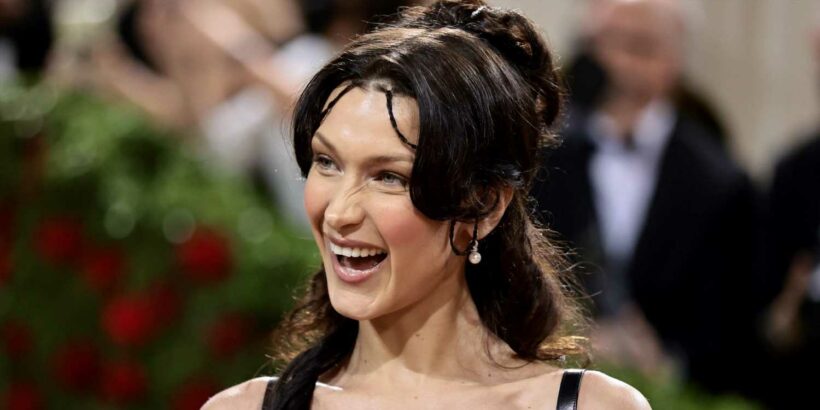 Celebrities don’t always follow through on the theme at the Met Gala (truly, they have one job), and Bella Hadid fell in that camp this year. But! She did fully commit to her 2022 Met Gala look…even though it might not have been the Gilded Glamour we were all anticipating.

Bella showed up on the red carpet in all-black Burberry: a skin-tight leather corset, a sheer skirt with a long train, and super-detailed lace tights. She also had on gloves that nearly came to her shoulders. I think we can all agree it’s giving more goth glamour than ~gilded~ glamour, but TBH, I’m okay with it. 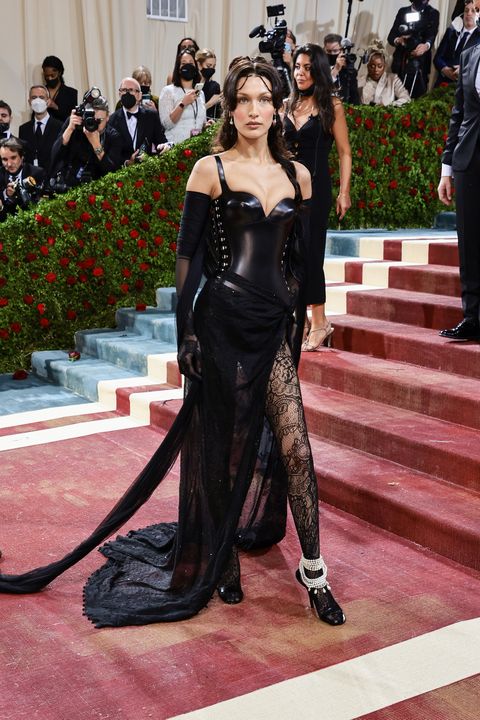 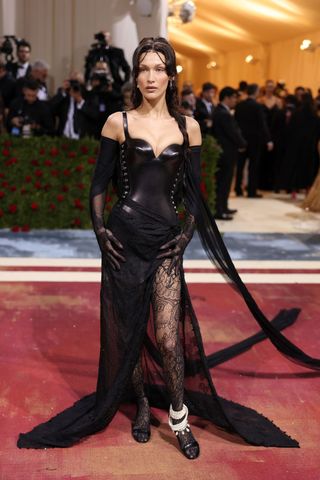 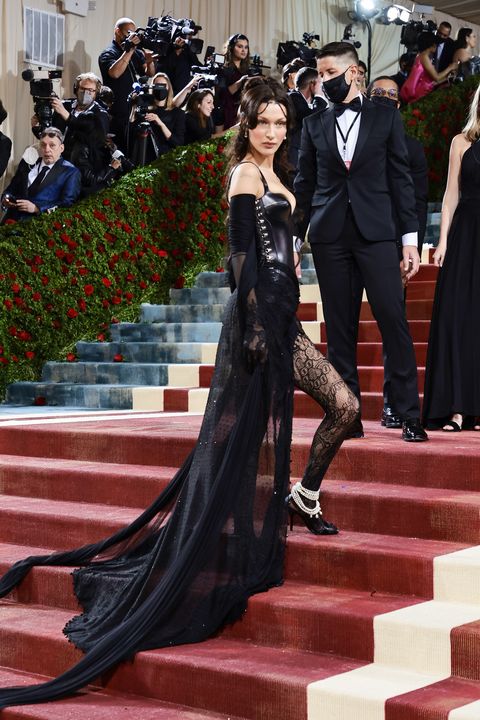 Bella was actually on the cover of Vogue recently, and opened up about persistent rumors that she’s had filler. “I have never used filler. Let’s just put an end to that. I have no issue with it, but it’s not for me,” she said. “Whoever thinks I’ve gotten my eyes lifted or whatever it’s called—it’s face tape! The oldest trick in the book. I’ve had this impostor syndrome where people made me feel like I didn’t deserve any of this. People always have something to say, but what I have to say is, I’ve always been misunderstood in my industry and by the people around me.”

She did say that she got a nose job as a teen but that she regrets it, “I wish I had kept the nose of my ancestors. I think I would have grown into it.”

Bella also opened up about some personal struggles in the same interview, saying, “Over the years I became a good actress. I put on a very smiley face, or a very strong face. I always felt like I had something to prove. People can say anything about how I look, about how I talk, about how I act. But in seven years I never missed a job, canceled a job, was late to a job. No one can ever say that I don’t work my a** off.”