In Mexico, like we’re becoming accustomed to in the U.S., there are many versions to truths and facts. Jaquín “El Chapo” Guzmán Loera was until very recently, in his own words, a simple farmer. He was also, in the words of his associate, Alex Cifuentes Villa — a former drug lord in Colombia who worked with Guzmán — more powerful than the president of Mexico. So powerful, Cifuentes told a courtroom on Tuesday, that Guzmán paid the country’s top official $100 million to leave him and his Sinaloa Cartel in peace.

Cifuentes hails from a family of drug traffickers who worked with Pablo Escobar. In two days on the stand, he told a story that any Hollywood screenwriter would scrap at the risk of seeming too fantastic: assassination plots involving Canadian Hell’s Angels; gun deals with an Ecuadorian military officer, whom they later spent half a million dollars freeing from trial, only later to kidnap; a fledgeling autobiographical movie, based, of course, on a memoir Guzmán wrote. And yes, while he hid with Guzmán in Mexico’s Sierra Madre mountains, living in pine huts with plasma TVs, Cifuentes said he helped bribe the country’s president.

Enrique Peña Nieto, who left office in November, hasn’t addressed these new allegations. But earlier in the trial when talk of presidential corruption surfaced he denied any connection. Imagine, though, the president who caught Guzmán twice and oversaw his extradition to the U.S., early in his term took the drug trafficker’s money. Like most tantalizing threads pulled from the Mexican drug war, this one sounded too absurd for reality. It’s also one that, whatever the facts or rumors, probably won’t be investigated by the country’s government — partly for fear of what truth may be tied to the other end.

Peña Nieto has been accused of many things. He might have forged his undergraduate law thesis. He may have granted government contracts during his time as governor of Mexico State to a company that built and paid for his family’s $7 million, 15,000-square foot home. His administration also oversaw the investigation into the 2014 kidnapping of 43 students, in which a local mayor, police and the nearby military unit all likely played part in — working with, or as part of, a local cartel. Two outside, international teams found Peña Nieto’s investigation was at best painfully mishandled, and at worst sabotaged to hide the truth. But accepting a briefcase of cash from Guzmán?

“Did members of the administration take bribes?” says Alejandro Hope, a Mexican security analyst and columnist at the El Universal newspaper. “Yeah maybe. But at the end of the day the Guzmán was captured twice, then extradited. So if he did make those bribe they were very poor investment.” 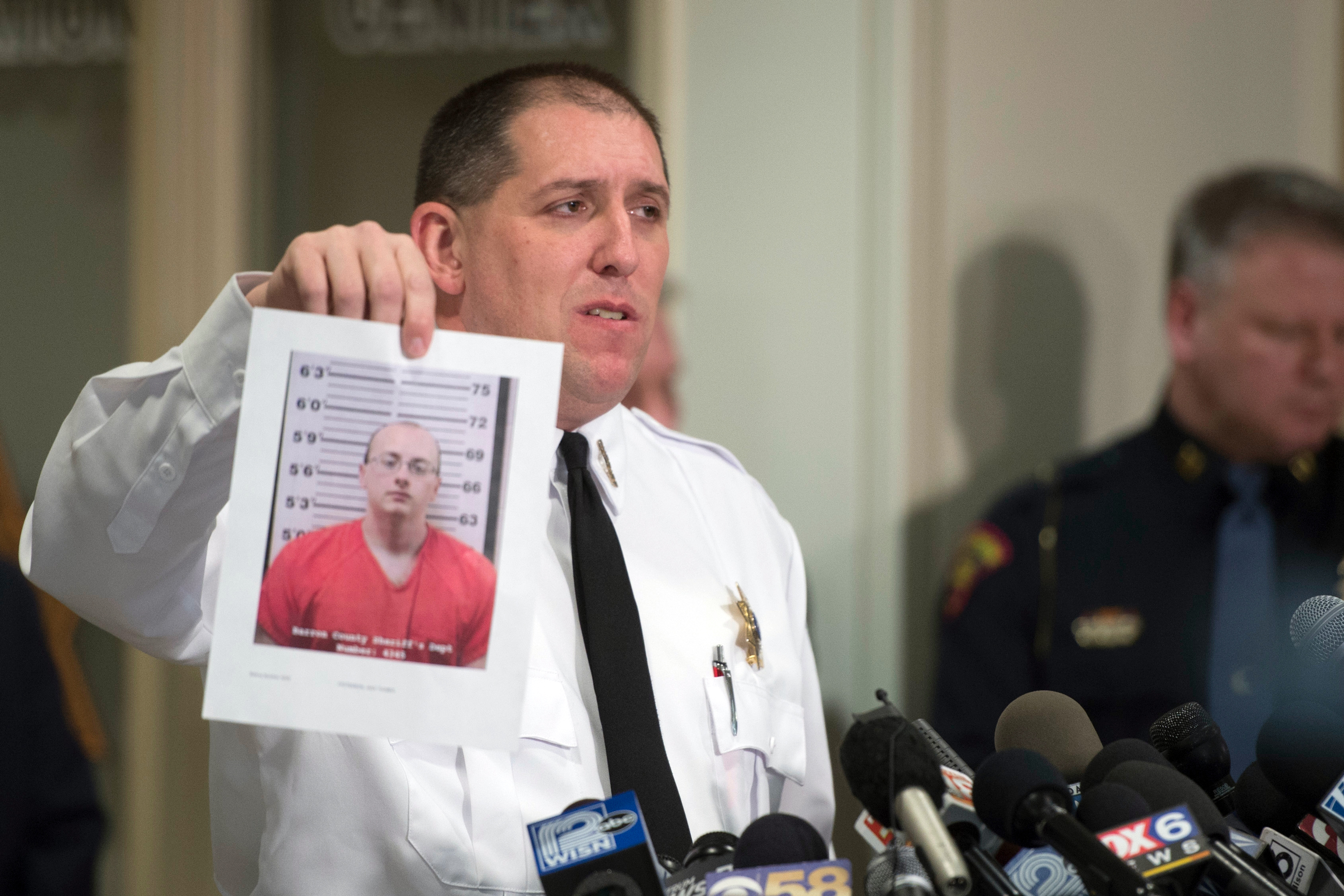 Not that this kind of corruption hasn’t been suggested before. Investigative reporter Anabel Hernandez’s 2010 book, translated into English as Narcoland, accuses both of Peña Nieto’s predecessors of meeting with or taking money from Guzmán. The drug lord did, after all, escape from prison the first time under the administration of Vicente Fox. And later during the Felipe Calderón administration, the U.S.-backed policy of taking down cartel kingpins seemed inequitable in its targets. An analysis by NPR in 2010 found federal authorities arrested the Sinaloa Cartel’s biggest rival, Los Zetas, nearly four times as much. In Guzmán’s trial, other high-ranking officials have been accused of corruption, including a former head of public security, and a senior police commander who worked both sides of the law and who 20 years ago claimed to hold the secrets of another administration’s bargain with cartels. “Corruption in Mexico is pyramidal,” Hernandez told PRI after the English debut of her book, “and from the presidency it permeates other institutions.”

Of course, not everyone believes this. And among all these figures, Peña Nieto might have the strongest claim against having a pact with Guzmán. Upon taking office he had promised to remove the military from cities — which his predecessor deployed in the country’s most violent regions, and which had sent murder rates soaring higher. He also vowed to stop targeting top cartel capos, a strategy used by Calderón that only seemed multiply drug trafficking outfits and sow more violence. None of this ever fully materialized. The biggest change was the absence of headlines touting big cartel arrests, which continued, although without the government spectacle of presenting captured leaders to the media in front of piles of drugs and guns. Peña Nieto’s policy was, in practice, the exact policy of the last administration, with a major caveat: He captured Guzmán — twice.

That is one major reason why Hope, the security analyst, finds it hard to believe Peña Nieto made any deal with the drug lord. Guzmán’s entire defense is focused on making him the unwilling pawn of the government, and of another Sinaloa leader, Ismael Zambada García. And who better to orchestrate such a conspiracy other than the president? “Peña Nieto was amazingly corrupt,” Hope says, but in the ways the U.S. doesn’t care about. Taking handouts from business has become almost expected, especially among members of Peña Nieto’s PRI party, which ruled Mexico for 71 years. Taking a briefcase of cash from the world’s most sought-after drug lord, though, is a brazen, idiotic move, Hope says. You would think someone in that position could at least transfer it through shell companies in the Cayman Islands. Plus, Peña Nieto — who while at a literary conference once failed for four, slow, painful minutes to mention one book that made an impact on his life — was never viewed as the brains behind his own administration. “Why would you pay off George [W.] Bush,” Hope asks, “if Dick Cheney is holding his hand out?”

If anyone could crack down on massive corruption at the highest levels of the government, it is Mexico’s current president, Andrés Manuel López Obrador, who took office last month. As an outsider who started his own political party, a war against corruption and the “mafia of power” that controls the country was practically his campaign slogan. But he is unlikely to do anything.

For one, during the trial, another drug capo accused someone in López Obrador’s administration of taking a bribe while Obrador was mayor of Mexico City. And while the current president seems by far the most unlikely to be making deals with cartels, an investigation goes counter to his own drug war policy. López Obrador represents the most radical promise for change Mexico has seen, arguably, since its revolution a century ago. He’s said he will look at legalizing drugs. He wants to invest hundreds of millions of dollars into social benefits and education to dissuade kids from joining cartels. And, most controversially, he has suggested amnesty for drug cartel leaders as a way to get them to close down their criminal enterprises, similar to Colombia’s deal with the FARC.

Twenty years ago, journalist and author Charles Bowden wrote a book teasing out another rumored tie between a presidential administration and the country’s then-most notorious drug lord. In it, Bowden wrote that “rumors fly across Mexico, facts crawl.”

Whatever is at the other end of this string, it will probably join the other fantastical rumors in Mexico’s drug war — too crazy to be truth, too often repeated not to have some fact.