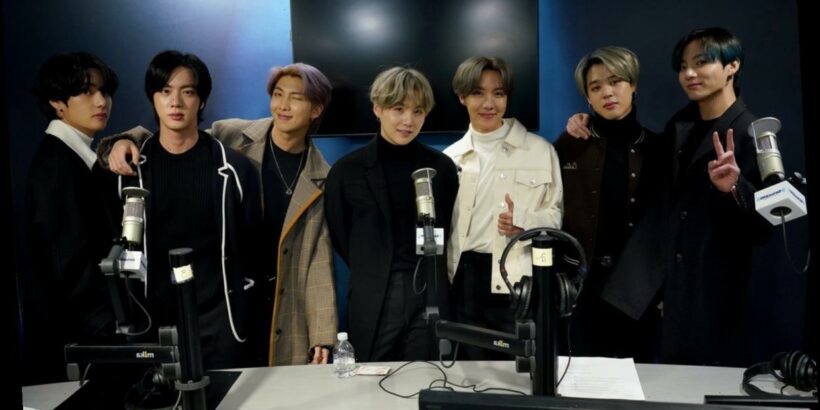 It’s tradition for BTS to hold a livestream whenever they drop a new album, so in celebration of their BE (Essential Edition) release on Friday, Feb. 19, the group took to VLIVE to chat with fans virtually. What resulted was something so chaotic, it was hard for fans to keep up. Instead of just talking about their album drop, BTS had fun by eating snacks, playfully teasing each other, and updating fans on everything going on in their lives. At one point, fans’ jaws dropped as they wondered if RM may have accidentally teased BTS’ next album or single. So, did RM spoil BTS’ next release? Let’s find out.

BE (Essential Edition) comes just three months after BTS dropped the original deluxe version of their album in November 2020. For a while, fans have been speculating this new release is meant to promote BTS’ upcoming projects, like a possible music video for their BE song "Fly To My Room," a Jimin collab with Khalid, or more albums in their rumored BE trilogy series. ARMYs have been paying close attention to the group’s social media pages and livestreams for any possible clues either of the three are happening. Finally, they were convinced they got something in BTS’ Feb. 19 VLIVE.

The 41-minute stream was all over the place. I mean, it was so chaotic that Suga ended up pulling out his wisdom tooth in the middle of it. Fans wouldn’t blame BTS if they accidentally spoiled because they were just having so much fun together. The moment ARMYs thought they caught something was at the very end of the stream around the 38:00 mark.