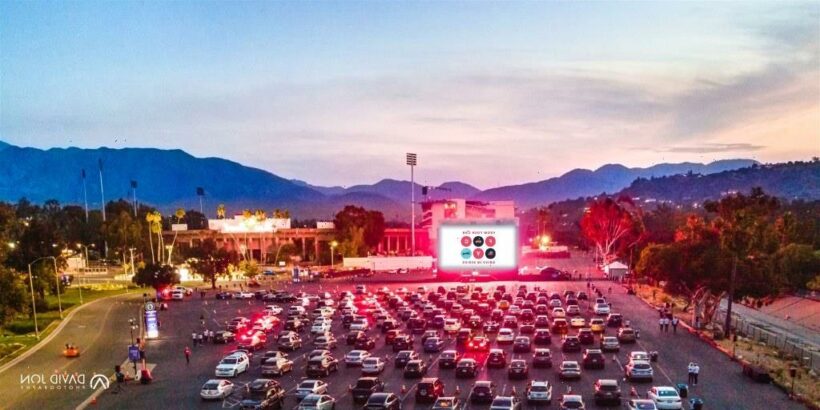 EXCLUSIVE: After getting great response from Television Academy members last Emmy season, Disney is returning to the Rose Bowl for a series of evenings promoting top contenders from its various brands including 20th Television, FX, Hulu, Nat Geo, Disney+ and ABC. Titled FYC From Your Car: Disney Drive-In Series, 11 different nights will be devoted to spotlighting the studio’s wares between May 25-June 16 with screenings, panels and dinner at each of them. 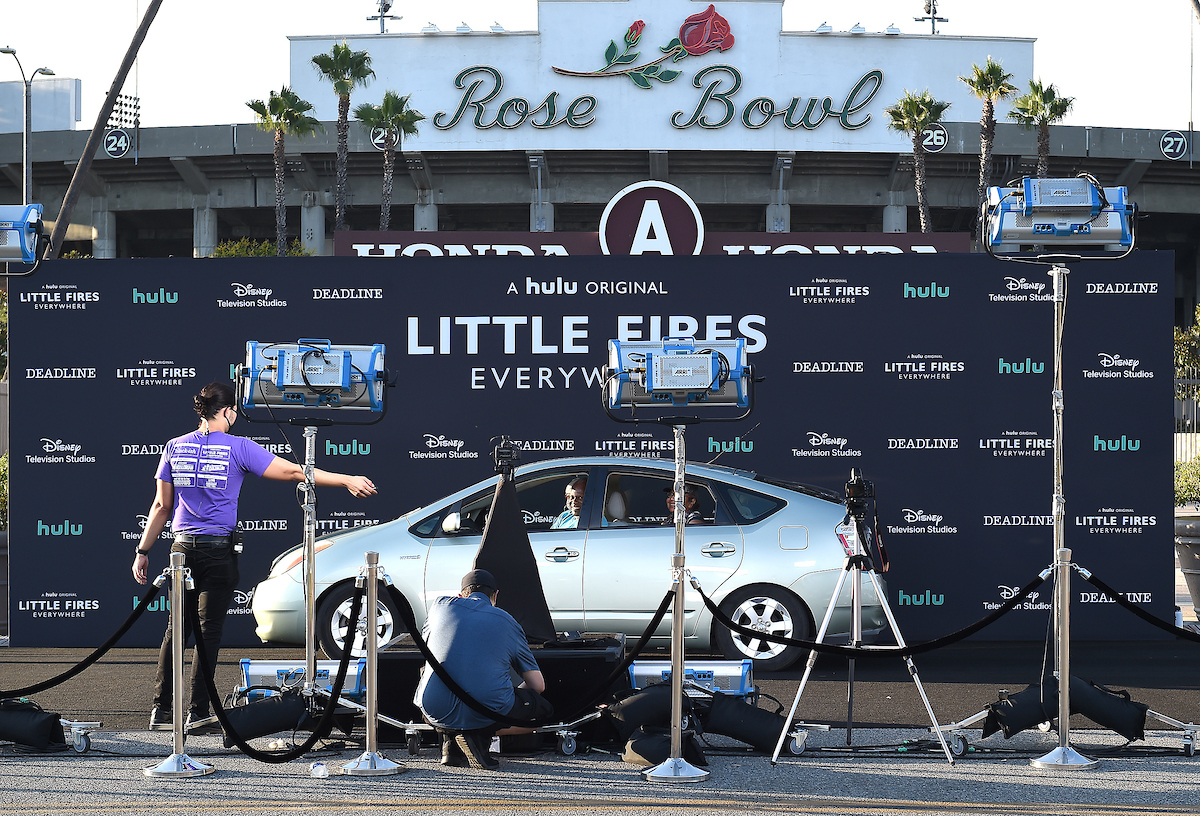 After hosting six of these evenings last season, Disney has gotten more ambitious in its presentation as at least five of the panels will be conducted live and in person as opposed to the virtual pre-recorded Q&A sessions more common to this type of drive-in FYC experience during the pandemic. With things loosening up Covid-wise in terms of quarantine restrictions, the studio appears to be more comfortable in expanding this second annual sojourn to the Rose Bowl. Television Academy members (of which I am one) have been subjected to a daily tsunami of invites for various FYC events — more than I can ever recall — with all of them virtual in one way or another. 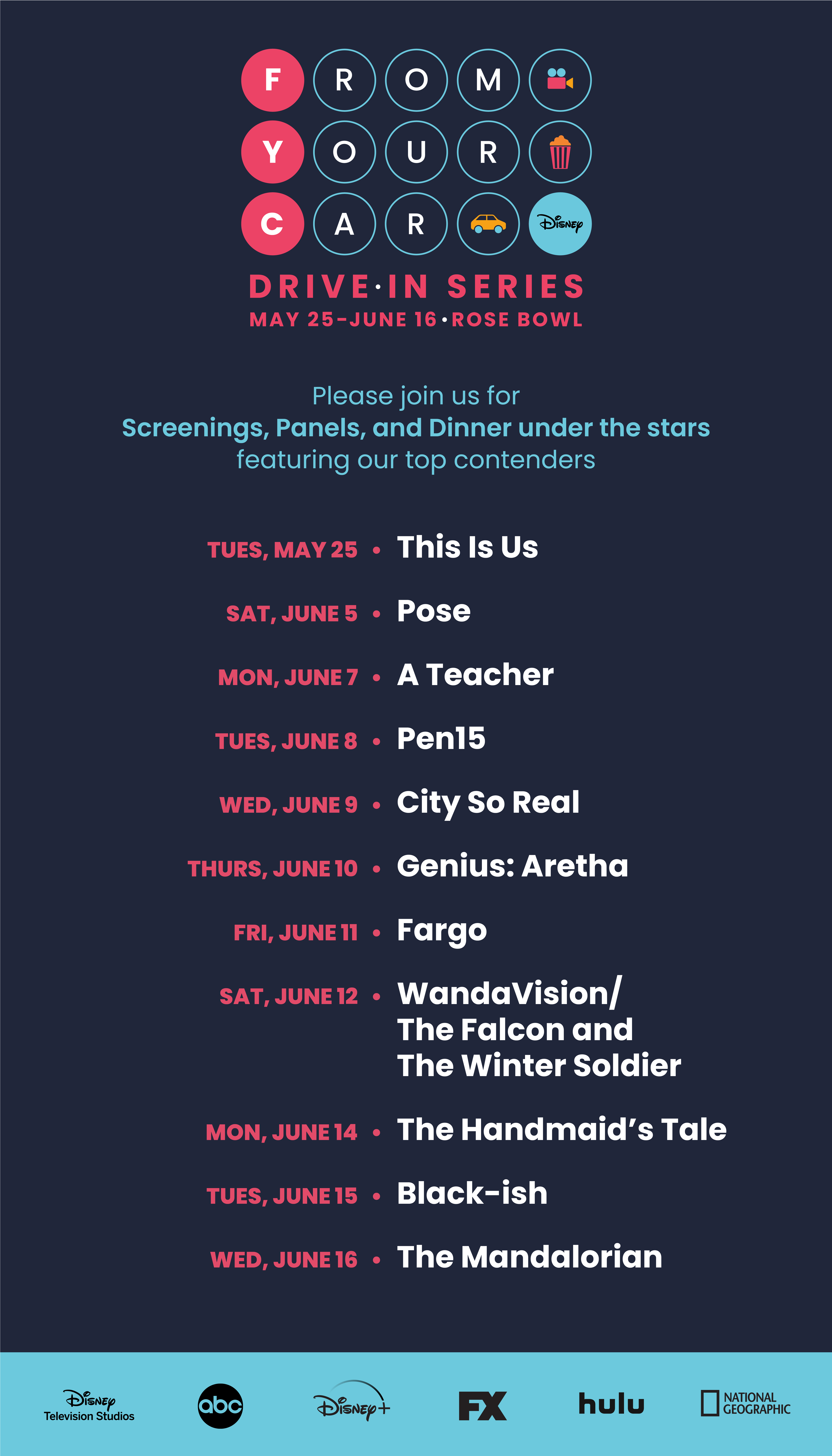 Though the TV Academy stipulates all FYC events are once again virtual for this season, there is an exception for those going the Drive-In outdoor route. In that regard trying to separate themselves even more from the pack, among the non-virtual “live and in person” panels for Disney Drive-In  this season will be Hulu’s A Teacher with stars Kate Mara and Nick Robinson along with creator Hannah Fidell; ABC’s black-ish with star/producers Anthony Anderson and Tracee Ellis Ross and EP/director Courtney Lilly; 20th TV’s (presented with NBC) This Is Us with creator/EP Dan Fogelman and stars Mandy Moore and Chrissy Metz; Nat Geo’s Genius: Aretha with Cynthia Erivo on hand; and FX’s Pose with stars Billy Porter and MJ Rodriguez as well as co-creator and EP/Director Steven Canals all hitting the stage.at the Rose Bowl. 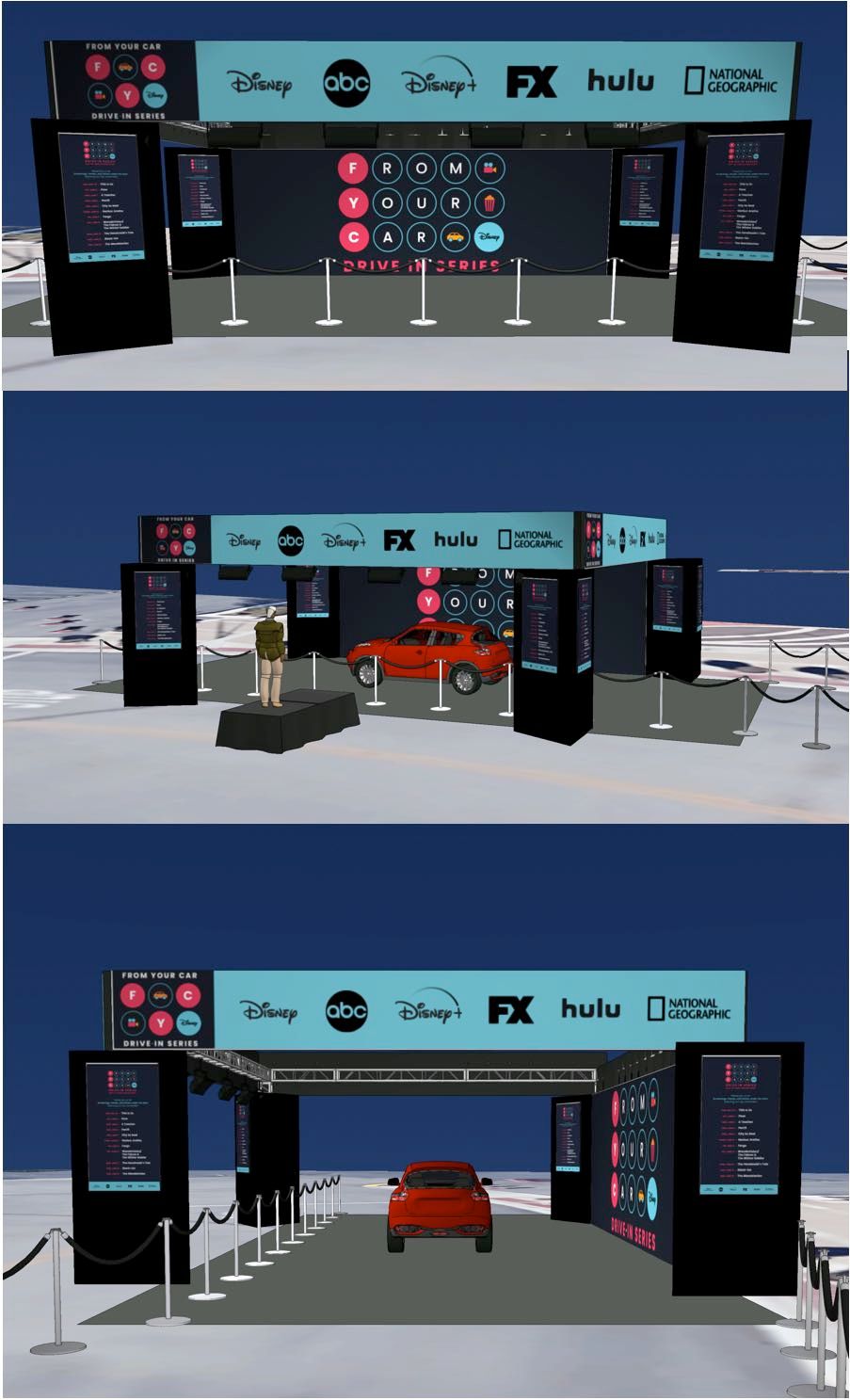 The studio points out that the live panel component for some of these differs from other FYC events touted this season, such as the recently announced HBO/ HBOMax drive-in series which has taken a cue from Disney’s 2020 innovation and is staging its own series of Rose Bowl evenings for their contenders over the course of a week beginning this Friday, but with all panels pre-recorded and on screen, not live on stage as Disney is planning to do for at least a handful of their shows.  As for the others specific details for Disney+’s Rose Bowl Drive-In presentations of  The Falcon And The Winter Soldier, The Mandalorian, and WandaVision  are being formulated and will be announced soon. Other shows included in the From Your Car FYC events are Hulu’s Pen15 and The Handmaid’s Tale; NatGeo’s City So Real; and FX’s Fargo and details on talent participation for those will also be forthcoming.

As part of each evening Disney is also featuring what they are describing as a “cutting-edge drive-through photo drop: the entire back wall will be an LED wall, and on each leg of the truss are LED monitors that can be used for clips or static images”.

Here is the full schedule: