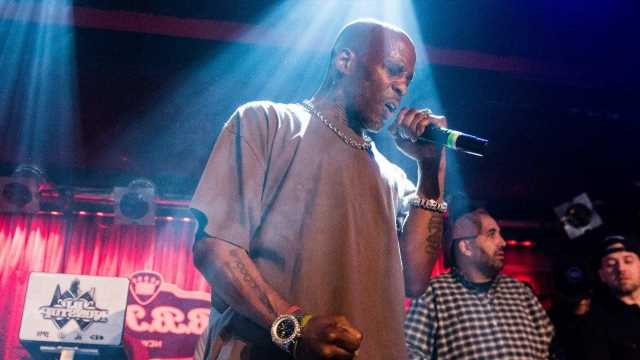 DMX’s fans, friends and family are saying goodbye. The rapper was honored with a homegoing celebration and private funeral on Sunday, three weeks after his death on April 9.

The GRAMMY-nominated artist was rushed to a hospital in White Plains, New York, after a heart attack on April 2 and was in the critical care unit before his death.

Several of the rapper’s 15 children took to the podium to pay respect to their father and share memories of their life with him. “I know my dad is in heaven. Even though he can’t talk back, I know I can still talk to him,” DMX’s 9-year-old daughter, Aaliyah, said during the ceremony. “I think it’s good that I get to call my dad a legend. Rest easy, dad.”

Friends like Russell Simmons, Stephanie Reed and controversial religious leader Louis Farrakhan shared their tributes via video. The Ruff Ryders, the group with whom DMX rose to fame, also paid tribute to their late member, alongside Kasseem “Swizz Beatz” Dean. The latter praised DMX, saying that he was definitely “not an artist” to him. “He was a brother, he was a friend. The key thing is he maintained his passion, he maintained his strength,” he added.

In a statement to ET after his death, DMX’s family honored him as a “warrior who fought till the very end.”

“We are deeply saddened to announce today that our loved one, DMX, birth name of Earl Simmons, passed away at 50-years-old at White Plains Hospital with his family by his side after being placed on life support for the past few days,” the statement read.

“Earl was a warrior who fought till the very end. He loved his family with all of his heart and we cherish the times we spent with him. Earl’s music inspired countless fans across the world and his iconic legacy will live on forever. We appreciate all of the love and support during this incredibly difficult time,” the statement continued. “Please respect our privacy as we grieve the loss of our brother, father, uncle and the man the world knew as DMX.”

See more on how DMX will be remembered in the video below.