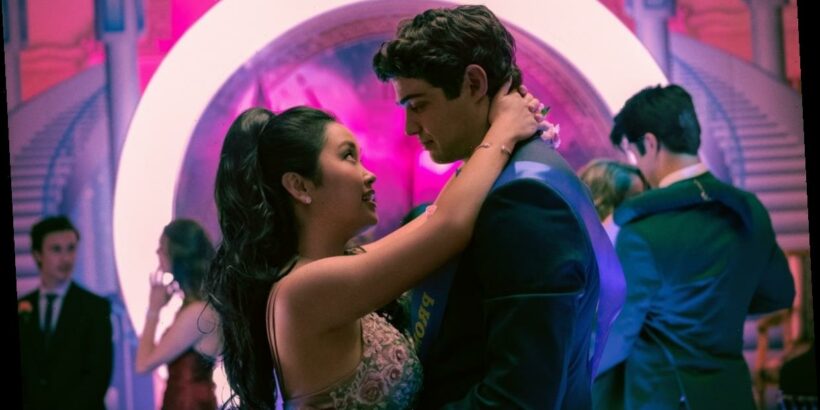 Lara Jean Covey and Peter Kavinsky’s story has officially come to an end. The beloved teen rom-com trilogy To All The Boys wrapped up when the third movie, To All The Boys: Always and Forever, hit Netflix on Friday, Feb. 12. The series ended on a sweet note, but some fans are definitely wondering: Will Lara Jean and Peter break up after To All The Boys 3? Lana Condor definitely has thoughts.

Warning: Spoilers for To All The Boys: Always and Forever follow. The final To All The Boys installment followed Peter (Noah Centineo) and Lara Jean (Condor) in their final days of high school as they contemplated how their relationship could work as adults. Although they initially planned to go to Stanford together, their future became way more unclear when Lara Jean was rejected from Stanford and fell in love with NYU instead.

As the movie ended, the pair decided to make things work long-distance, showing how far Lara Jean has come over the course of the trilogy. She’s still a romantic, but has learned that although life often gets in the way of your plans, you can still make your own fairytale ending.

But despite their sweet decision to try long-distance, it makes sense that many fans have reservations about whether Lara Jean and Peter could really stay together all four years of college, especially being thousands of miles apart.

And fans are not the only ones with thoughts about what will happen to the teen rom-com couple after the credits roll. When Bustle asked Condor whether she thought Lara Jean and Peter would ultimately stay together in a Feb. 12 interview, she said yes… and no.

"I think they’re going to try really, really hard. But I do think that something Lara Jean has learned growing up is that life gets in the way of your plans all the time," Condor explained. "Part of me feels like they’ll separate so that they can grow as individual people and then find each other at 30 when they’re out of college and they’ve done a lot of growing."

She added: "What I think would be so cool is to see [them] as adults falling in love. They’re endgame. They’re that high school couple that ends up getting married and having a beautiful, adventurous life."

So, could fans see Lara Jean and Peter find each other again in a grown-up rom-com someday? To All The Boys author Jenny Han has said she’s open to writing a fourth book, so here’s to holding out hope that you can catch up with the pair sometime in the future.

To All The Boys: Always and Forever is now streaming on Netflix.