Fans have been clamouring for the smallest look at the upcoming eleventh series, whether it be a trailer, clip or even a brand new still.

But Doctor Who viewers have been left livid after a clip featuring Jodie Whittaker’s first scenes as the female Doctor was leaked, four months before its return in October.

The minute-long clip – posted to Twitter on Sunday night – was frantically removed by the BBC, but not before fans rushed to condemn the guilty party for trying to kill the anticipation of seeing the Thirteenth Doctor in action. 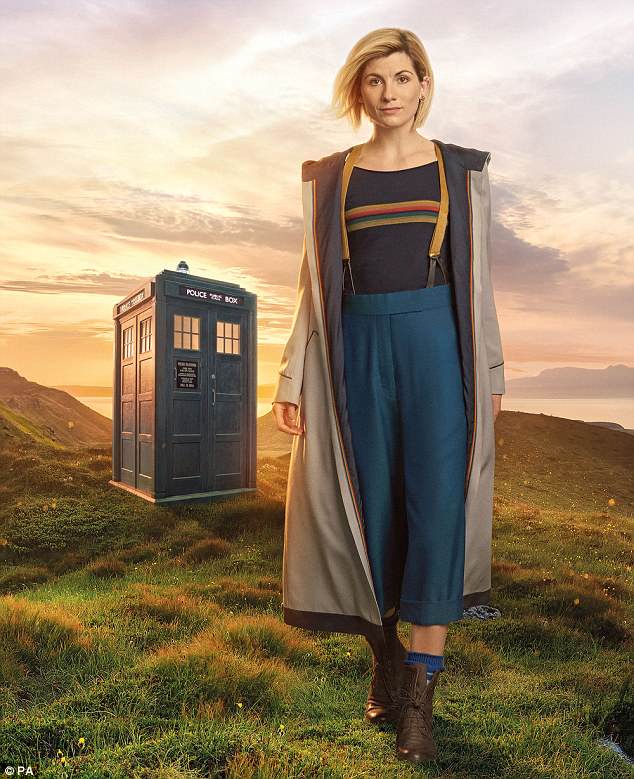 Controversial: Doctor Who fans have been left furious after a clip featuring the upcoming Thirteenth Doctor Jodie Whittaker was leaked on social media

Producers – and new showrunner Chris Chibnall – of the upcoming eleventh series have been tight-lipped on what to expect when Doctor Who returns this October, but rumours had been rife on social media of a trailer set to premiere this month during a World Cup England match.

But as nothing has been revealed, many fans were furious to see a minute-long clip leaked on social media, showcasing Jodie in action as the Thirteenth Doctor.

Her debut episode comes after scenes aired during the Christmas Special in December when she regenerated from Peter Capaldi incarnation of the Doctor, with a chaotic cliffhanger seeing her flung out of the TARDIS as it crashed to Earth. 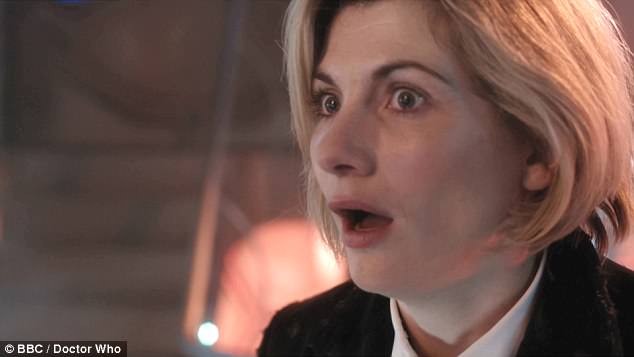 Angry: Fans of the BBC sci-fi mainstay took to Twitter to condemn the person behind the leak of the minute-long clip

Needless to say fans did not take kindly to the unexpected showcase of the new Doctor, with many choosing to condemn the person behind the leak despite choosing to watch the clip anyway.

In a flurry of tweets one wrote: ‘People who leak footage or go hunting for the leaked footage or share the footage are just awful people. This is peoples hard work, you don’t own the show, you are fans. Be patient and you will be rewarded.’

Another fumed: ‘Keep all the 13th doctor leaks the longest way away from me. if you’re sharing and spreading whatever leaked, you’re no better than the person who decided to record it and ruin everyone’s patient waiting.’

A third wrote: ‘So apparently there was a Doctor Who leak I have no idea what got leaked but let me just say that sharing a leak isn’t big or clever.’

MailOnline has contacted representatives for Doctor Who for further comment. 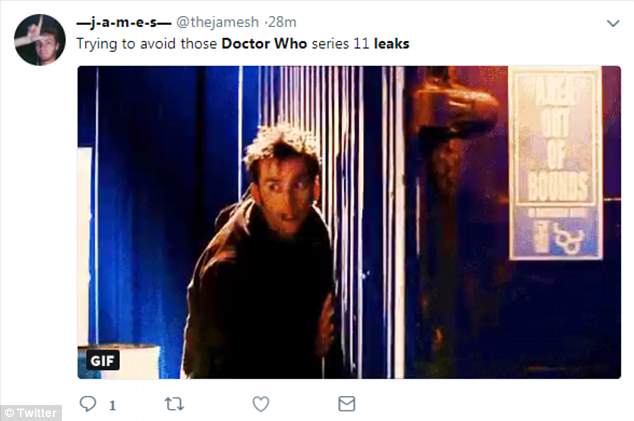 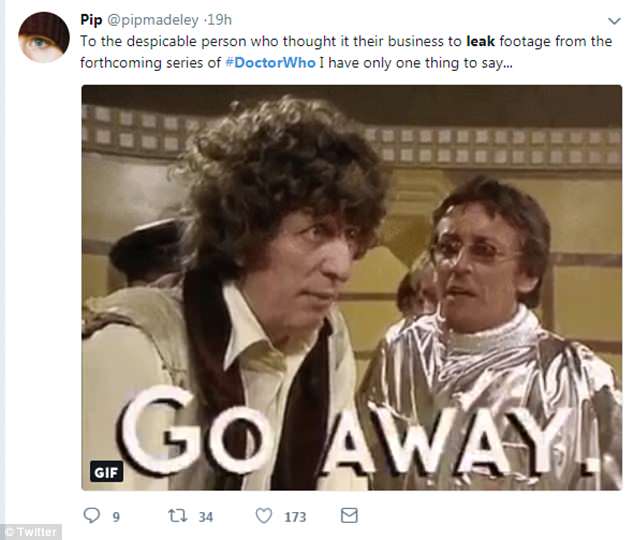 Angry: Fans of the BBC show – whether they had seen the clip or not – furious slammed the leak, saying it ruined the anticipation of the show’s upcoming eleventh series 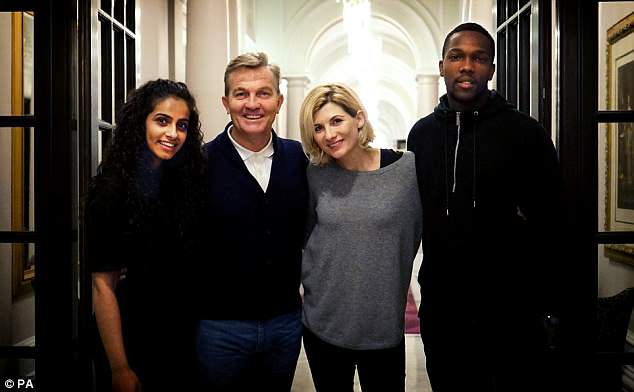 Coming soon: So far only two images have been released of the newseries, with one showing Jodie in costume and another with companions Bradley Walsh, Mandip Gill and Tosin Cole.

Fans were previously expecting to see their first look at Jodie Whittaker as the Doctor when the stars head to Comic Con next month for a special panel, or even in a surprise trailer.

The decision to head to San Diego had sparked controversy when the show decided to show a first look trailer for the 50th Anniversary Special exclusively to the attendees of the panel in 2013.

But it has been understood that this year’s panel will be streamed online for UK fans keen to see any glimpses of the upcoming series.

It is set to be a huge shake-up for the show as it features it’s first ever female Doctor, and a staggering three companions, played by Bradley Walsh, Mandip Gill and Tosin Cole. 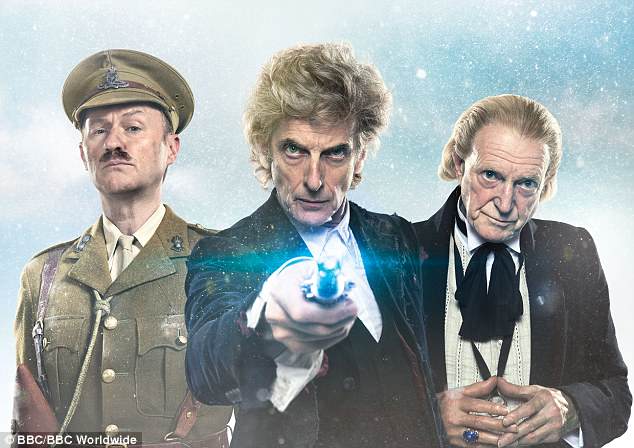 Farewell: Fans got a very brief glimpse of Jodie as the Doctor in December when Peter Capaldi said goodbye to the role in the Christmas Special 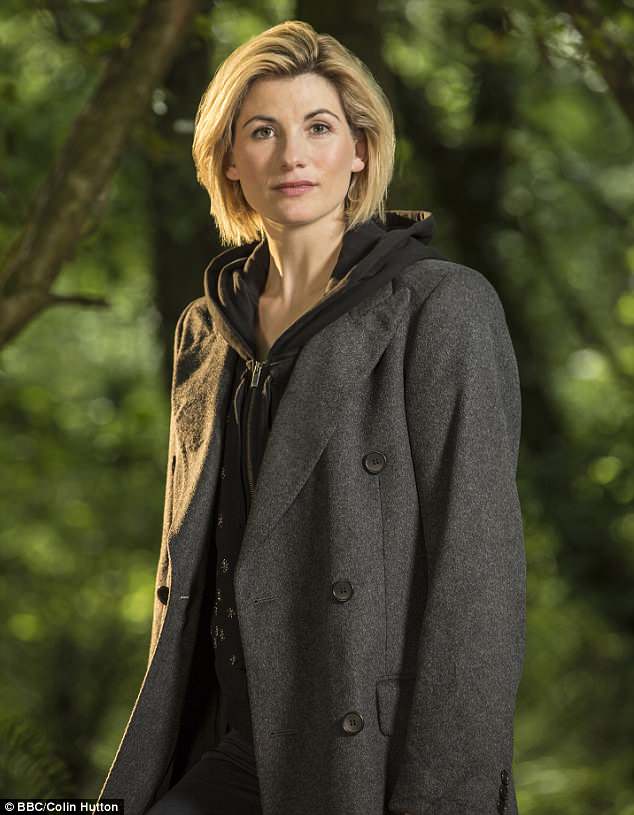 Exciting: The introduction of a female Doctor has sparked much conversation from fans, with many thrilled to see the show acting to introduce more female fans