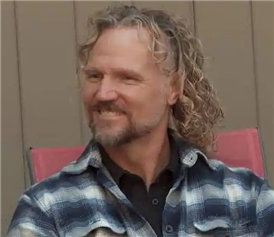 Here is what we know about Kody Brown:

He now has three spouses.

He owns one home in Arizona, one large piece of land and pays mortgages on multiple other houses.

Oh, and he doesn’t have a job.

Yes, Kody stars on Sister Wives, a TLC reality show about to enter its 17th season.

But cable network personalities in this sort of position do not typically rake it in.

As the lead of a long-running series, Kody probably earns about $25,000 per episodes. There were 10 non-reunion episodes on Season 16, meaning Kody would have banked $250,000.

This is obviously a great deal of money, EXCEPT:

Kody purchased a huge parcel of land in 2018 and has yet to build a single thing at Coyote Pass, making this a gigantic sunk cost that has forced the polygamist to buy a home with sister wife Robyn.

He also pays a mortgage on the home in which Meri resides.

And he pays a mortgage on the home in which Christine used to reside, before she walked away from her relationship and moved back to Utah.

Add all this together and it’s easy to understand why Kody recently took out an emergency home loan.

The guy is terrible with money and, as far as we can tell, the 53-year old doesn’t hold down any job outside of his role on Sister Wives.

Compare that to Meri, who runs a bed and breakfast in Utah.

And then there’s Janelle, who recently rented out an office space outside of Flagstaff and registered the retail trade business NTYK, LLC in September 2021.

All we know about Kody is that, at least way back in the day, he was spotted at a gun show in Tulsa, Oklahoma.

“He’s in his element pretending to be manly and tough,” a Reddit user wrote as a comment as seeing the following photo of Kody at this controversial event.

“I think it’s a real smile, we just don’t see that smile when he’s around his family.”

Others took a glimpse at this snapshot and called it a “trash job,” saying it’s “scary seeing [Kody] handling guns.”

We’re not here to delve into the gun debate, however.

We’re simply here to react in shock and disgust that Kody has taken on so little financial responsibility.

This is a man who has cranked out 18 kids and who has numerous wives and doesn’t seem to think he needs contribute very much to the family pot.

The more observers come to this realization, the more backlash Kody has received — which may explain why he sort of wishes he could have a do-over in life.

“When you really start getting honest, you start looking up to the heavens and going, ‘Geez, Father. You inspired me to do this. Why is it such a mess now?'” Kody said said during the one-on-one reunion special in February, referring to polygamy.

“It really has set me on my heels and had me questioning the lifestyle itself. It’s a challenge.”

When host Sukanya Krishnan asked whether he was questioning his own plural marriage, this selfish A-Hole replied: