Doja Cat has been killing it in her career lately. Since breaking out with 2018’s “Mooo!,” she has continually churned out hits and continues to grow her fan base. But her ascent to stardom has not been without bumps along the way. The “Say So” rapper often attracts controversy for her problematic tweets and outspoken opinions.

The latest drama came on May 22 when she got exposed over her alleged history of making racist remarks. Upon hearing about it, Twitter users began dragging and dismissing the “Juicy” crooner through the #dojacatisoverparty hashtag. 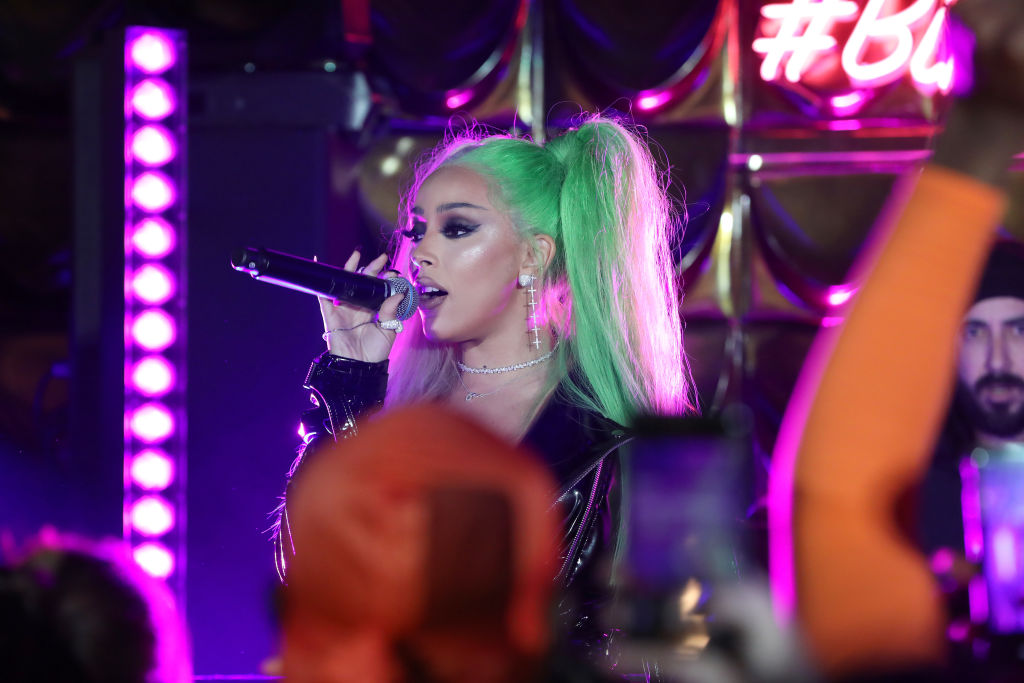 The drama started when someone tweeted a throwback photo that allegedly shows Doja Cat engaging in racist conversations on TinyChats. The picture then led to the creation of a thread on Lipstick Alley where supposed viewers detailed Doja Cat’s alleged conversations on the website, per The Daily Dot.

They claimed she allegedly watched idly as others made racist statements and laughed when they made racist jokes. Someone also claimed that Doja Cat allegedly talked about not wanting to be black but said she was glad to at least be light-skinned with a big butt. (Actual footage of several conversations has since popped up on Twitter.)

Doja Cat, whose real name is Amalaratna Zandile Dlamini, was born to a Jewish American mother and South African father (from whom she is estranged). As of writing, she has not addressed the matter.

RELATED: Doja Cat’s Father Dumisani Dlamini Gains Attention From Her Fans, But Who is the Actor?

Fans are seriously disappointed to hear this news about Doja Cat and took to websites such as Twitter to share their reactions.

One person tweeted: “I really liked doja cat and genuinely wanted her to succeed im so sad.”

Echoing that, another person wrote: “I really gotta cancel doja I wasn’t prepared for this.”

“she low key gave me that vibes though,” a third person added.

Another Twitter user pointed out Doja Cat’s song “Dindu Nuffin,” a term also used to mock victims of police brutality, which only made fans more irritated.

“I do not give a f*ck if doja cat is half black and her dad left her. That’s not an excuse to be colorist and anti black, hang around racist incels and laugh at their jokes, make songs mocking police brutality, and wear wigs that sh*tty,” read a tweet.

Other fans, however, made it clear they intend to stick by Doja Cat regardless of whether this is true.

It’s not the first time Doja Cat has been canceled

She was also “canceled” in April when she sounded off on Nicki Minaj’s fans — aka the Barbz — who are known as one of the most ruthless fan bases. Some Twitter users tried to spin things and say Doja Cat was anti-Nicki Minaj, but she shut that down in a later interview.

The two went on to collaborate on the remix to Doja Cat’s hit song “Say So,” which came out on May 1 and hit No. 1 on the Billboard Hot 100 about a week later.

Read more: Fans Think Drake Is Beefing with Doja Cat Over Her Relationship with Nicki Minaj