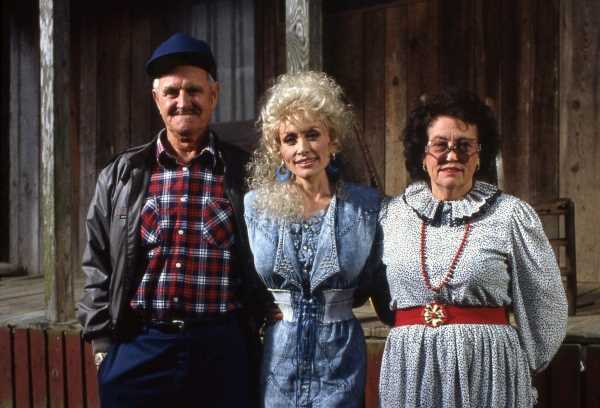 Dolly Parton grew up in a highly religious household. This meant that Parton’s mother, Avie Lee Owens, had some strong opinions on right and wrong. She once warned her children that some of their father’s behavior would eventually land him in hell. This didn’t stop the Parton siblings from partaking in the activity.

Avie Lee and Lee Parton raised 12 children in the family’s one-bedroom home. The family was poor, but as Parton would later explain, they were rich in things that money couldn’t buy, like love and happiness. She cherished her relationship with her parents and would give them expensive presents as a thank you for raising her.

“It was always my wish to do something great for my family,” Parton told Billboard. “I loved my daddy and my mama. My daddy always drove a truck. I bought my daddy a big blue truck, and he was always so proud of that. He never would trade it in. He kept it.”

She shared that she bought her mother a car that same year.

“I bought my mama a Cadillac,” she said. “Of course, I traded hers in every few years, and she was so proud of that. The last one was a gold Cadillac. That went back to me when Mama passed on. I wouldn’t take nothing for it. My husband drives it a lot. Because it was Mama’s car, and I still drive it some, I call it the ‘Dolly-Mama.’ Everybody knows not to mess with the Dolly-Mama, because that was such a precious thing. I was always proud that I could do for my family when I started making some money.”

Her mother disapproved of some of Lee Parton’s behavior

In 1971, Parton released a song called “Daddy’s Moonshine Still.” While her father didn’t have much in common with the character in the song, he did make and sell moonshine.

“My daddy made moonshine for a while, and Mama didn’t like that,” she wrote in her book Dolly Parton, Songteller: My Life in Lyrics. “He didn’t really want to do it, but people make moonshine in the mountains because they need the income. So Daddy did that for a time, and so did a lot of my relatives.”

In the book Smart Blonde: Dolly Parton by Stephen Miller, Parton’s sister Stella said that her father would “let off his own steam” and drink in town and hide whiskey in the house. This behavior didn’t go over well with Avie Lee. She thought alcohol was a sin and warned her children that “papa was going straight to hell.” Unfortunately for her, this didn’t stop the Parton siblings from sampling Lee’s liquor collection.

They were curious about alcohol, so one Sunday, Parton and her siblings stole some whiskey from their father and drank it on the way to church. Ultimately, no one noticed their transgression.

Some of Dolly Parton’s siblings helped construct a still

At one point, Parton’s brothers set up their own still. According to Miller, they used some of their mother’s fruit jars for making moonshine.

“The scheme had been concocted with the older brother of a friend who could see its commercial possibilities and was happy to provide technical advice and assistance in constructing the still,” Miller wrote. “The girls were also struck by the fact that the boys were carrying on some of the coarser customs just like the men, chewing tobacco, spitting, and cursing.”

Ultimately, though, Lee learned about the illicit business and quickly put a stop to it.