The president, 73, arrived at the palace in a Range Rover with his wife, first lady Melania Trump, on Friday, July 13, at 5 p.m. local time. The 92-year-old monarch, who looked dignified in a lavender blue suit and matching hat, had a smile on her face as she greeted the duo outside the castle.

Shortly after their arrival, a guard of honor, formed of the Coldstream Guards, played the U.S. national anthem. Melania, who sported a white Dior suit, walked behind Trump and the queen as they headed inside for tea at the same castle where Prince Harry and Duchess Meghan (née Markle) wed two months earlier. Donald and Melania’s visit lasted for exactly one hour. 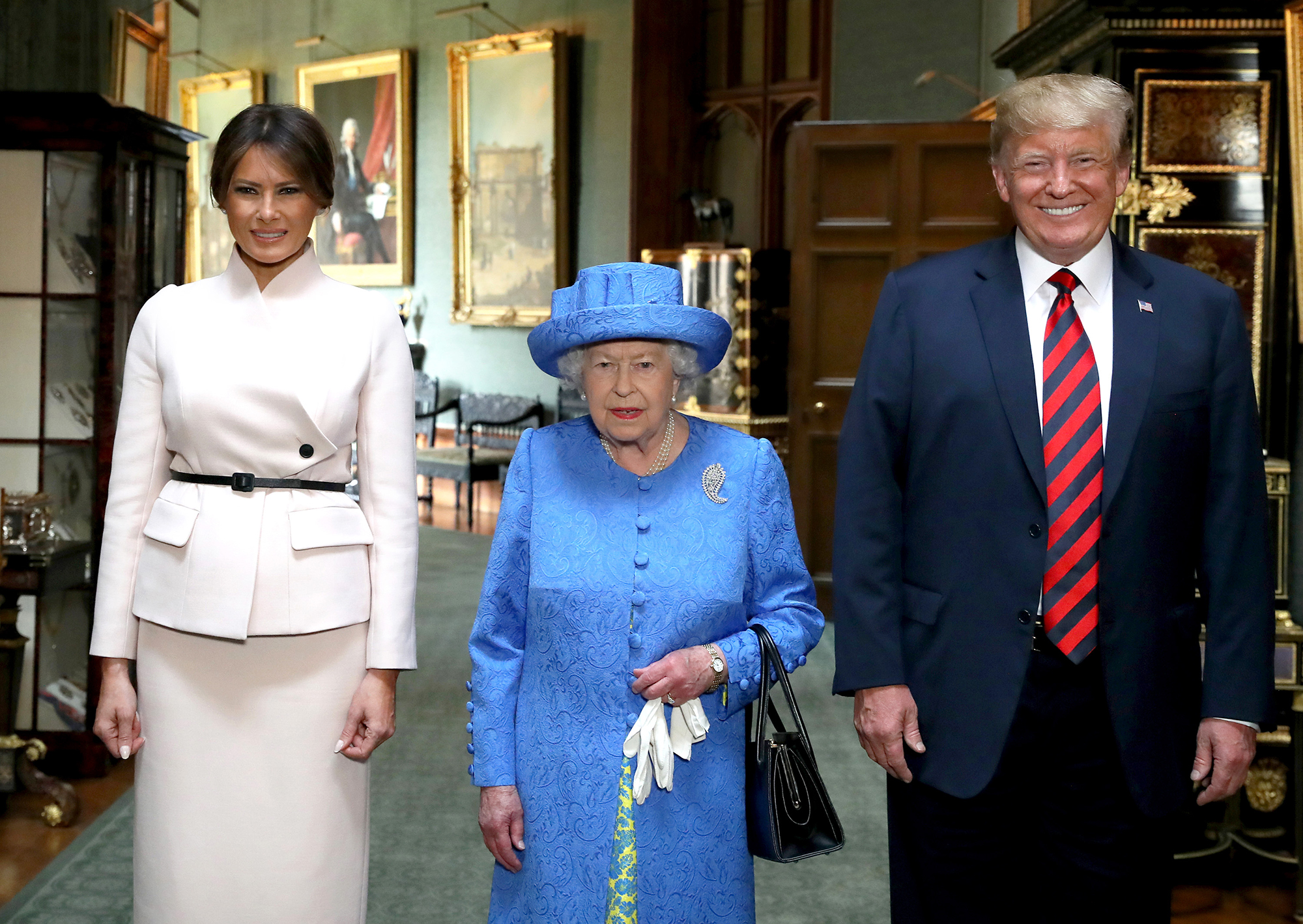 Buckingham Palace announced on Wednesday, July 11, that Donald and Melania, 48, were set to visit the queen, who has previously met 11 out of 12 serving U.S. presidents during her reign, including Ronald Reagan, George W. Bush and Barack Obama in 2016. The commander in chief that she never crossed paths with? Lyndon B. Johnson.

Social media users were quick to comment on Donald and Melania’s visit at Windsor Castle, with “queen” and “Queen Elizabeth” trending on Twitter shortly after their arrival.

“Can’t wait for the episode of The Crown when we find out what The Queen thinks of this President,” one user tweeted.

Another person simply wrote, “I’d love to know what the Queen is thinking.”

Earlier in the day on Friday, a 20-foot balloon of an orange, diaper-clad “Trump Baby” balloon flew outside British parliament during an anti-Trump march. London Mayor Sadiq Khan approved a petition for the balloon on July 6.

While it’s unclear what Queen Elizabeth II thinks of Donald’s political views, a source exclusively told Us Weekly in February 2017 that Harry, 33, is “not a fan” of the president because he believes he is “a serious threat to human rights.”