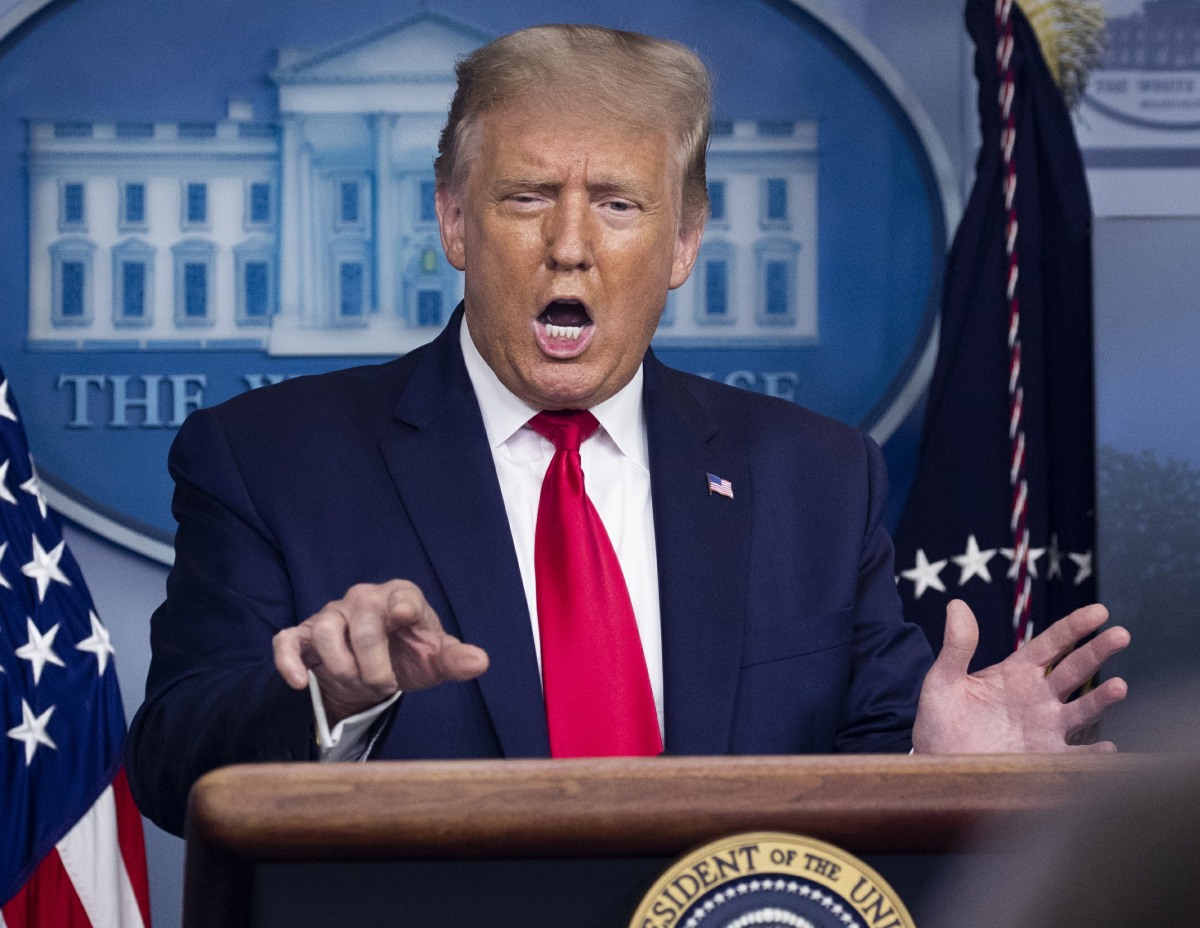 God, remember a simpler time just one week ago when we were all talking about how Donald Trump calls soldiers, veterans and POWs “losers” and “suckers”? We should still be talking about that! But now we’re talking about how Trump lied for months about the dangers of the coronavirus, all while he was speaking to Bob Woodward constantly and admitting that he had a clear grasp on how dangerous the pandemic would be to the country and the world. So against this backdrop, Trump decided to do a superspreader “campaign rally” in Michigan and he tried to give people a bigly history lesson about Winston Churchill.

President Donald Trump is now not just downplaying the coronavirus — he’s resorting to absurd historical allusions about great World War II leaders to try to disguise his culpability in 190,000 American deaths. Trump ridiculously invoked the former British Prime Minister Winston Churchill and the President Franklin Delano Roosevelt at a Thursday night rally, claiming that like them, he had tried hard to calm public panic in a dark hour. It was a historically illiterate gambit, since unlike Trump in the pandemic, both statesmen leveled with their people about grave national crises.

But it reflected his struggle to explain his failure to tell the American people the truth about the seriousness of the virus — even though he told Bob Woodward in interviews for his new book in February that it was “deadly stuff.” In a low-energy news conference earlier in the day, Trump doubled down on falsehood, declaring that “I did not lie” when he warned Woodward the pathogen was worse than the flu while publicly comparing it to the seasonal illness.

In one stunning moment, he said that if the Washington Post reporter, whose book “Rage” comes out Tuesday, was so concerned about what was said in their taped conversations, he should have gone to the “authorities” so they could prepare the country. Of course, under the Constitution, the President is the ultimate authority and whether Trump likes it, the buck stops with him for the pandemic and every other national crisis.

“I don’t want to jump up and down and start screaming death, death,” Trump said, after Vice President Mike Pence bizarrely suggested Trump’s negligence in fact typified a British propaganda campaign that was never widely used during the war and has become part of marketing kitsch in recent years: “Keep Calm and Carry On.”

At his Michigan rally, Trump jumped on the metaphor, comparing himself to the wartime prime minister.

“We have to be calm. We don’t want to be crazed lunatics. … When Hitler was bombing London, Churchill, a great leader, would oftentimes go to a roof in London and speak. And he always spoke with calmness,” Trump said, mangling the history of Churchill’s late night trips to view the raids with his separate radio addresses to the British people.

Yeah, not to sound like the History Channel, but Churchill and FDR were considered great leaders in times of crisis because they told America and Great Britain how bad it would get. They provided information, they warned people to brace themselves for the hard times to come, and they literally provided moral and structural support to their countries. Trump has lied, failed to come up with a national plan to deal with the pandemic, and he would have given Adolf Hitler everything he ever wanted.

This whole Michigan rally was a complete catastrophe, from the “motang” to the galaxy-brain who played Creedence Clearwater Revival’s “Fortunate Son.”