Heating up! Donald Trump Jr. and Kimberly Guilfoyle have been spotted out together on multiple occasions and their romance appears to be going strong, sources tell Us Weekly.

“Donald stood up and kissed her on the lips when she arrived and they hugged each other,” an onlooker at The Grill in New York City recently told Us Weekly. “They were laughing all throughout lunch and Donald and Kimberly took photos with two people who asked, they were very nice to everyone.”

“They both left together after lunch, no PDA or anything throughout the meal,” the onlooker added. “Donald was eating what looked like a chicken dish and she ate a salad and drank water.” 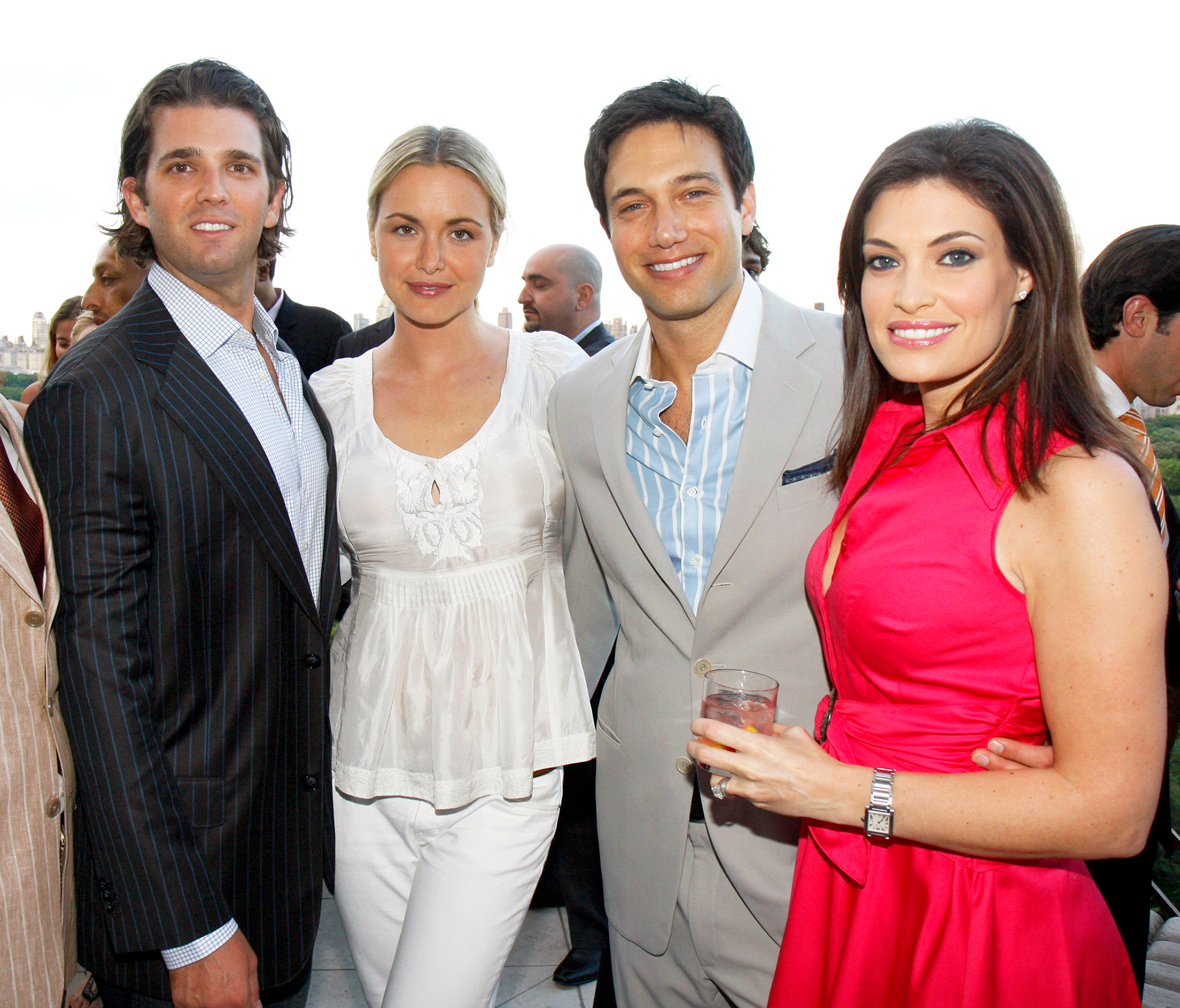 Another source told Us that the businessman, 40, and the Fox News host, 49, recently enjoyed an evening at Omar’s in New York.

“They were in the corner together. They were eating and drinking and with other people,”  the source told Us, adding that Ted producer John Jacobs “swung by their table.”

Us Weekly confirmed on May 10 that Trump Jr. and Guilfoyle are seeing each other. News of their romance broke two months after Us Weekly confirmed President Donald Trump’s son had an affair with Aubrey O’Day from 2011 to 2012, when he was still married to Vanessa Trump.

“He told her it was over with his wife, that they were separated and he didn’t love her — all of that stuff,” a source told Us Weekly at the time. “Aubrey fell for him hard. She thought they were going to be together for real.”

Trump Jr. and Vanessa, who share five children together, stayed together for six years after the affair, but called it quits earlier this year. The former model officially filed for divorce in March after 12 years of marriage.